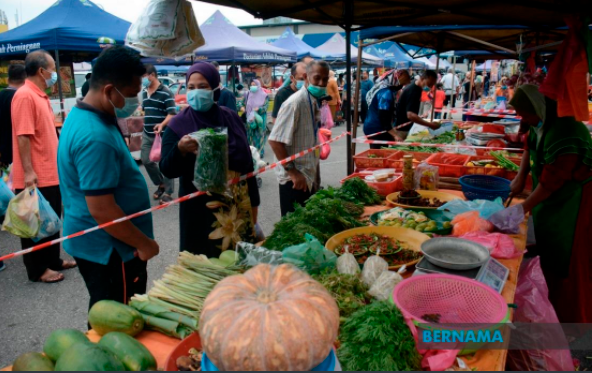 KUALA LUMPUR: An increase in the minimum wage to RM1,500 is likely to leave a price effect, that is the price of goods will increase, said Universiti Malaysia Sarawak (Unimas) Honorary Professor Datuk Dr Madeline Berma.

She said the increase in minimum wage could also cause a substitution effect because when the increase in the price of the goods was absorbed, often employers or operators would pass on additional costs to consumers.

“So there are those who do not enjoy the increase in minimum wage as macro-wise the price of goods goes up.

"For me, the issue is not only managing the minimum wage increase because what is affected is the rakyat as a whole. The issue of chickens and eggs and the supply chain is worth discussing.

"Another effect is that some employers say this is the best time to replace workers with machines or new technology instead of having to bear the burden of rising labour wages," she said during the Ruang Bicara programme entitled 'Cost of Living Rises, Salary Remains the Same... Until When? - Malaysian workers' on Bernama TV last night.

However, she said that it is true in economic terms that putting money in the hands of a consumer or individual will generate the economy because the income will be spent.

"As I had mentioned before, the target has to be right because many in the informal sector are in the low-income group," she said.

She said it is not time for a minimum wage increase of RM300 because many employers are currently ‘surviving’ on government subsidies. And the subsidies may end soon. I’m more worried about the timing because we need the micro, small, medium and large scale businesses to recover first.

"Should we add higher labour costs to the cost of capital, not to mention the supply chain that is blocked? I feel we should first let businesses breathe, I don’t think they said totally 10 years not to raise the minimum wage.

"For me, now may not be the right time," she added. - Bernama Ringgit slips ahead of US interest rate decision