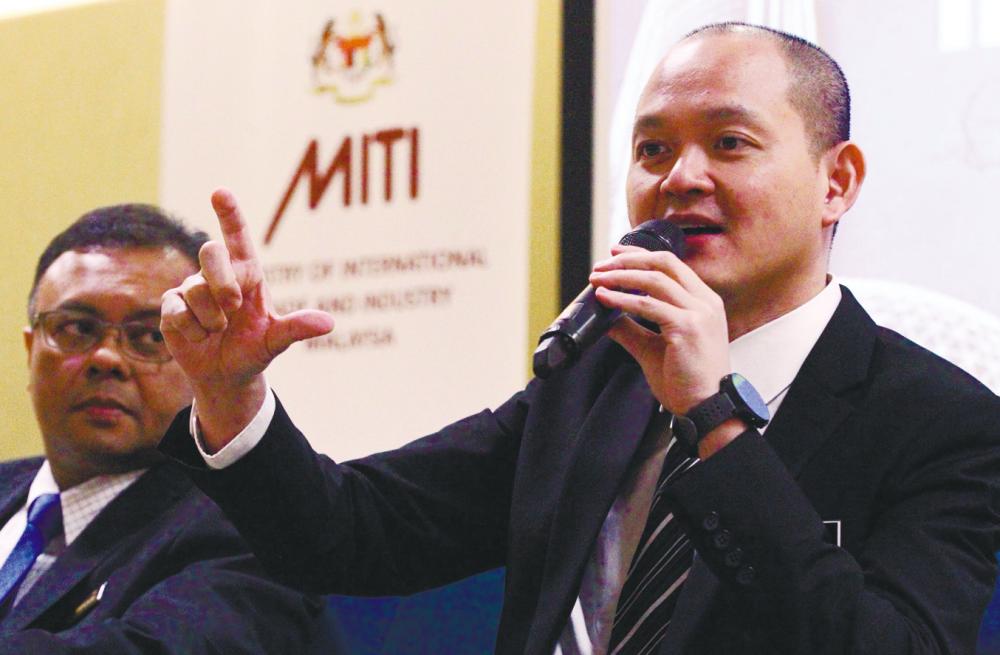 KUALA LUMPUR: The Automotive Business Development Committee (ABDC) and the Malaysian Automotive Association (MAA) have agreed to work together to speed up the incentive approval process for carmakers.

Deputy International Trade and Industry Minister Dr Ong Kian Ming said ABDC will take about two days to process and make recommendations to the Finance Ministry (MoF) on the incentive applications by carmakers under the Industrial Linkage Programme (ILP), and about a week for customised incentives. This is subject to complete information being submitted and satisfactory evaluation.

Ong said the present process flow and client charter of ABDC will be strengthened and shared with the industry to ensure timeliness and transparency of the process in evaluating incentive applications.

“The International Trade and Industry Ministry (Miti) will enhance the client charter so that there will be greater transparency and understanding of the deliverables that Miti will have with MAA in terms of the time frame of processing these applications within the context of ABDC and continue the engagement with stake-holders in this process,“ Ong told a media conference today.

This comes after MAA raised the issue of slow incentive approval by ABDC that have affected its members’ plans to launch new car models.

Miti and MAA have agreed that the cost benefit analysis (CBA) for energy-efficient vehicle (EEV) customised incentives applications will be reviewed to ensure fair and equitable evaluation process.

Ong said the CBA for ILP is done by the Malaysia Automotive, Robotic and IOT Institute (MARiii), adding that MAA has raised the need to be more transparent with the details of CBA.

“MARiii sees that there are many areas in the CBA that need to be explained in greater detail and updated to take account of new conditions in the car manufacturing and automotive sector. MARiii will continue to have close consultation with industry players in regards to details of CBA. I will undertake to work with MARiii and the industry to ensure that whenever details are requested for, the details are transparent and clear to all. If there are details which may not be clear to industry players, it may delay the approval process within ABDC.

“As a process of refining and updating the CBA, we want to make it as clear as possible to industry players so that the ABDC process can be sped up and the issues raised by MAA in terms of the delays will be minimised moving forward,” Ong explained.

It was also agreed that Miti is to consider expanding the scope of ABDC to include indirect tax incentive applications. This will involve close consultation with MoF.

Ong said the revenue loss by MOF from reduction in excise duty to carmakers can be regained by the increase in volumes as car prices are lowered.

“It’s a win-win situation for everyone. MAA members, OEMs can sell more cars; consumers benefit from lower car prices and MOF collect more in excise duty as a whole because of increased volume. This is something that we want to work towards for all the car models,” said Ong.

MAA president Datuk Aishah Ahmad, who was present at the media conference, said stocks of vehicles have built up due to the incentive approval delays, citing some MAA members that have 12,000 units in their yard.

“It’s important for the approvals to come up during the time frame that has been agreed upon. Moving forward, I’m sure all these issues that we had previously will be erased,” said Aishah.

She said the association had a fruitful meeting two days ago with Miti and ABDC agencies. “We hope in the future, whenever we request for incentives, in order to get pricing approvals, it will be speeded up.”

ABDC, an agency under Miti, was established to facilitate collective decision making in determining the quantum of incentives to be extended to OEMs. Members comprise representatives from Miti, MoF, Malaysia Investment Development Authority, MARiii and Royal Malaysian Customs Department. 5.Johor hopes HSA 2 will be included in new govt's budget