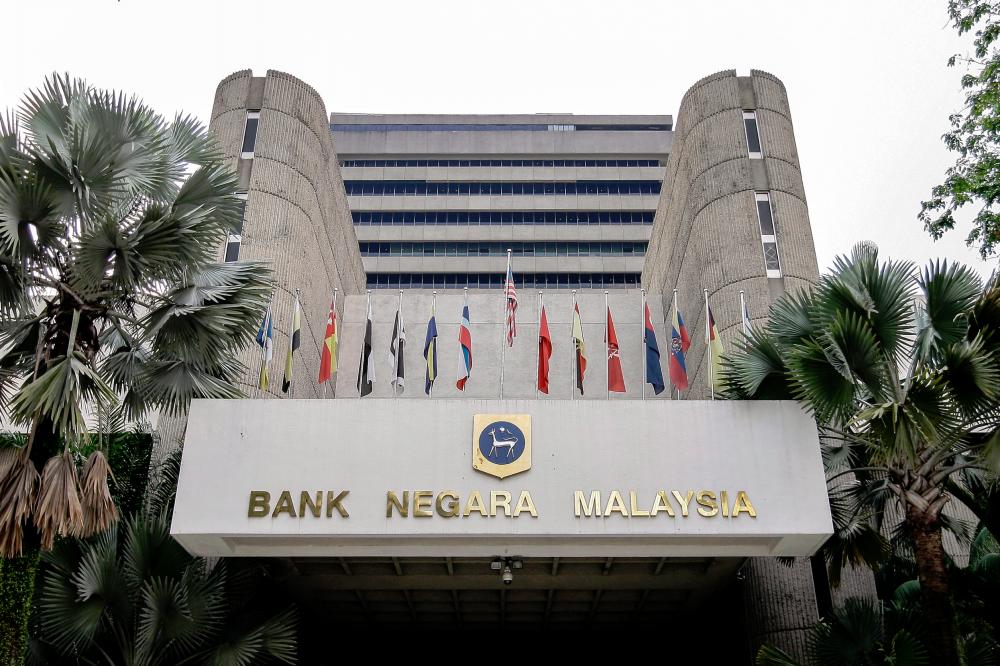 PETALING JAYA: As Malaysia fell into deflation territory for the second month amid a slowdown in the economy, this could provide more support for a potential reduction in Bank Negara Malaysia’s (BNM) Overnight Policy Rate (OPR) soon, analysts say.

In a report, AmBank Research said the weak underlying inflationary pressure combined with the risk of a slower economic outlook provides the central bank with a strong case for monetary policy easing.

“The question is whether BNM will move ahead of the curve or otherwise,” it said.

BNM’s next Monetary Policy Committee meeting is scheduled to be held on May 7. The central bank has maintained the OPR at 3.25% since it was last revised upwards by 25 basis points in January 2018.

Last Friday, the Statistics Department announced that the consumer price index (CPI) fell 0.4% in February, compared with a decline of 0.7% in the previous month. Average inflation for the first two months fell 0.6% year on year .

“The economy remained in deflationary region for two consecutive months with headline inflation down 0.4% though core inflation inched up slightly to 0.3%.

Though we expect headline CPI to potentially move into the positive region, partly due to base effects, we believe the underlying inflation remains weak as indicated by the forward looking data,” said AmBank Research.

It expects the inflation number to improve gradually, partly supported by the low base, noting that key macro data that unveils current economic conditions and more importantly forward looking, are still exhibiting signs of weakness.

Meanwhile, Kenanga Research expects headline inflation growth to turn around and normalise, despite the two straight months of deflation, as the high base effect in the transport component subsides and the targeted fuel mechanism is introduced latest in July.

“Of note, the average Brent crude oil price has recently gained strength on the back of the ongoing Opec’s supply cut. Hence, we foresee that the inflationary trend would gradually normalise in the coming months,” it said in its report.

However, it noted that any upside would be limited largely due to heightened risk on external factors namely cooling global growth arising mainly from growth slowdown in China and the European Union, the US-China trade tension and Brexit.

“Against this backdrop, we believe that inflation would likely hit the lower end of our forecast range of 1-1.5% in 2019. This would provide BNM a bigger leeway to cut its overnight policy rate. However, a rate cut may not be a conclusive solution yet, unless signs of slowing growth sharply deteriorate,” it added.

Kenanga Research expects Malaysia’s gross domestic product (GDP) to grow 4.4% in first-half 2019 and 4.5% in the second half, bringing the whole year’s GDP growth to 4.5%, which it deems decent by regional standards although it is lower than the 4.7% expansion last year.

“In the near term, we do not see the need for BNM to cut its policy rate lest it triggers a bigger capital outflow and sharply devalue the ringgit,” it added.