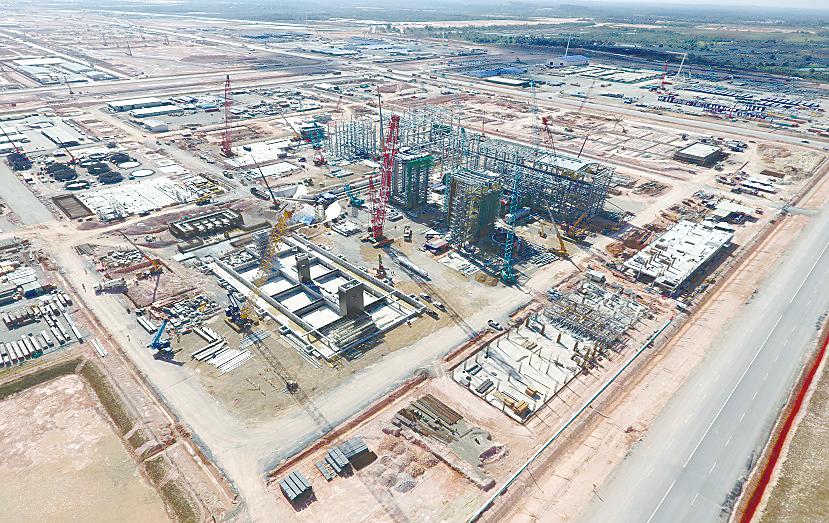 Aerial view of the Pengerang Co-generation Plant, which is one of the six associated facilities to be developed within Petronas’ PIC. – PIC.PETRONAS WEBSITE

PETALING JAYA: More of Malaysia’s oil and gas services and equipment (OGSE) companies are expected to set their sights on the downstream sector mainly in the maintenance, repair and overhaul (MRO) segment with the completion of Petronas’ Pengerang Integrated Complex (PIC) in southern Johor said Malaysia Petroleum Resources Corp (MPRC).

According to its “Top 100 OGSE Companies in Malaysia FY2017” report, while volatility of the oil price is expected to persist in 2019 global oil and gas development activities are expected to increase in the coming years, with operators aiming to move forward to develop new offshore fields, particularly those located in deep waters.

“This development brings about significant opportunities for OGSE companies, in particular subsea, drilling, and MRO players,” it said.

On the domestic front, MPRC noted that activities are projected to pick up in 2019, as seen in the Petronas Activity Outlook Report for 2019-2021.

It also highlighted that Malaysia has a considerable number of assets that have been operating beyond 40 years representing growth opportunities for OGSE players in the year ahead.

Meanwhile, local OGSE companies were urged to be more diversified to remain competitive given signs of greater market volatility this year.

While oil prices have risen since the beginning of the year, concerns about a supply glut and weakness in the global economy will keep prices on a tight leash, as evident from the general cautiousness of global oil companies and their continuous push for cost efficiencies.

“Even as the industry is seeing a gradual recovery in activities, the oil price uncertainty is a clear reminder to OGSE players to stay focused and become more competitive,” noted MPRC deputy CEO Mohd Yazid Ja’afar.

“Companies that turn to innovation, hone niche technologies to gain economic advantages, employ and retain skilled talent, and embrace diversification in particular to the downstream segment are in a better position to undertake new growth ventures in Malaysia and beyond,” he added.

The companies’ ability to navigate the uncertainties is also reflected in the latest MPRC100, a list of Top 100 OGES companies in Malaysia that are ranked based on their annual revenues. MISC Bhd topped the FY2017 ranking, followed by Sapura Energy Bhd and Dialog Group Bhd.

The list also saw several rank climbers compared to the previous edition, including Nam Cheong Dockyard Sdn Bhd ranked 29 (up from 55th spot in FY16), Yokogawa Kontrol (Malaysia) Sdn Bhd at 31 (from 57) and T7 Global Bhd at 47 (from 98), among others. Joining the FY2017 top100 ranking for the first time include Chiyoda Malaysia Sdn Bhd, Ice Petroleum Engineering Sdn Bhd, and Helios Petroleum Sdn Bhd, due to higher turnover.

“The annual MPRC100 initiative is part of MPRC’s commitment to advance information transparency in the OGSE sector,” Yazid said, adding that the list also allows for OGSE companies to gain clarity on their performance against their industry peers.

Overall, the Malaysian OGSE sector recorded a total of RM68.1 billion in revenue for FY17 against FY16’s RM68.8 billion, a marginal drop of 1.1%.

Profit before tax fell 48.1% to RM9.4 million from RM18.1 million, largely due to asset impairment charges undertaken by asset-heavy companies.

The FY2017 findings also demonstrated that Malaysian OGSE companies fared better than their regional counterparts in the back of ongoing domestic activities in the upstream and downstream segments.