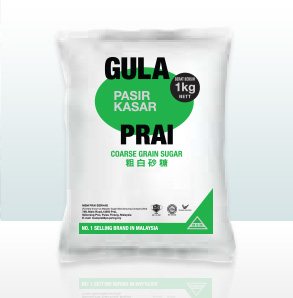 This marks its third consecutive quarter in the red.

For the six-month period, MSM also posted a net loss of RM74.34 million compared with a net profit of RM30.14 million a year ago, partly attributable to higher finance cost and commercialisation cost of MSM Johor that includes depreciation.

MSM group CEO Datuk Khairil Anuar Aziz said it expects 2019 to be challenging for the group, due to the glut of refined sugar in the domestic market and the weakening of the ringgit.

The refining cost increased 15% on the back of higher fuel costs as a result of the increase in gas tariffs from January 2019. Its financial performance was further strained by lower capacity utilisation rate in MSM Johor, which came on line in April this year.

Moving forward, the market has forecast a stronger ringgit, which would be positive for MSM over the next few months. However, it remains cautious for 2H 2019.

“We are constantly monitoring world sugar trends and prices. MSM expects to capitalise on the anticipated lower average cost per MT of raw sugar, as the slide in the benchmark NY#11 and relatively favourable ringgit are in our favour,” Khairil Anuar said in a statement.

However, other factors such as the imposition of the sugar tax for sugared beverages, the possible issuance of even more approved permits (APs) and potential liberalisation of the local sugar market may also affect MSM’s bottom line negatively.

Thus, MSM is engaging with relevant authorities and customers to discuss further, industry related matters, especially the issuance of APs.