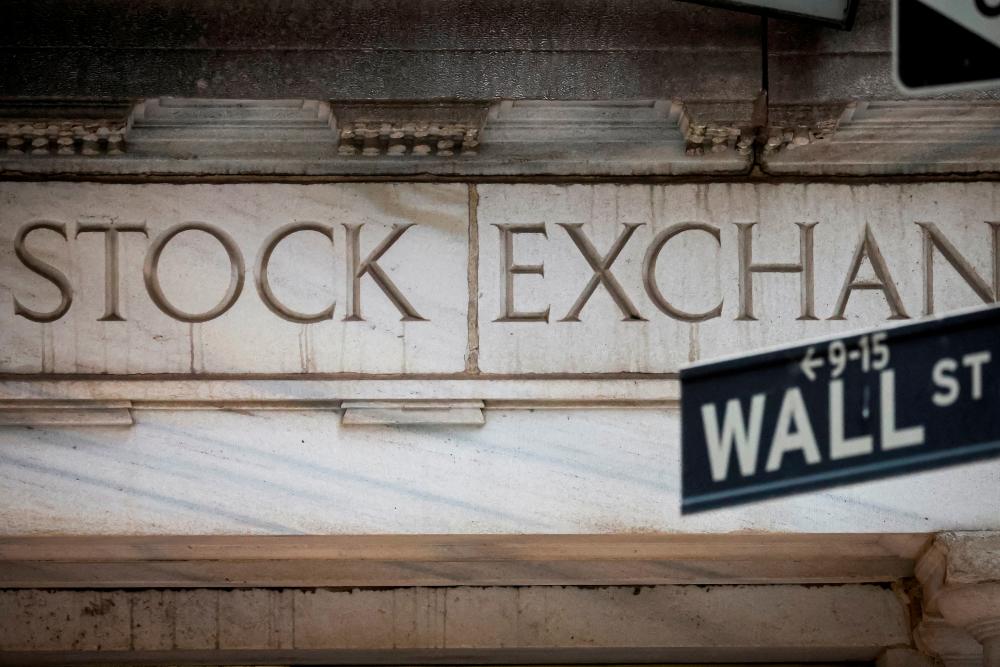 View of the Wall Street entrance to the New York Stock Exchange. – Reuterspic

NEW YORK: A day after a dramatic rally, Wall Street stocks finished mixed on Thursday (Dec 1) following economic reports that showed a moderation in inflation but weakness in manufacturing.

The personal consumption expenditures price index – a closely-watched inflation benchmark -- rose 6.0% from a year ago in October, down from a larger jump the month before, Commerce Department figures showed.

The data is the latest to suggest the US economy may be past the worst in terms of inflation. It comes a day after Federal Reserve chair Jerome Powell said the US central bank could slow its interest rate increases as soon as December.

But a survey of US manufacturers showed the sector contracted in November for the first time since mid-2020.

“On a normal day, the package of data this morning would be pretty risk-on, but after the rally yesterday, I think it’s not quite good enough to push another leg higher,” said Ross Mayfield, an investment strategy analyst at Baird.

Among individual companies, Salesforce tumbled 8.1% after some of its business operations took in lower revenues than expected. The software company announced that Bret Taylor would step down as vice chair and co-chief executive.

Investors are looking ahead to today's (Dec 2) employment report, which analysts expect will show the US economy added 200,000 jobs in November and that unemployment held steady at 3.7%. – AFP, Reuters