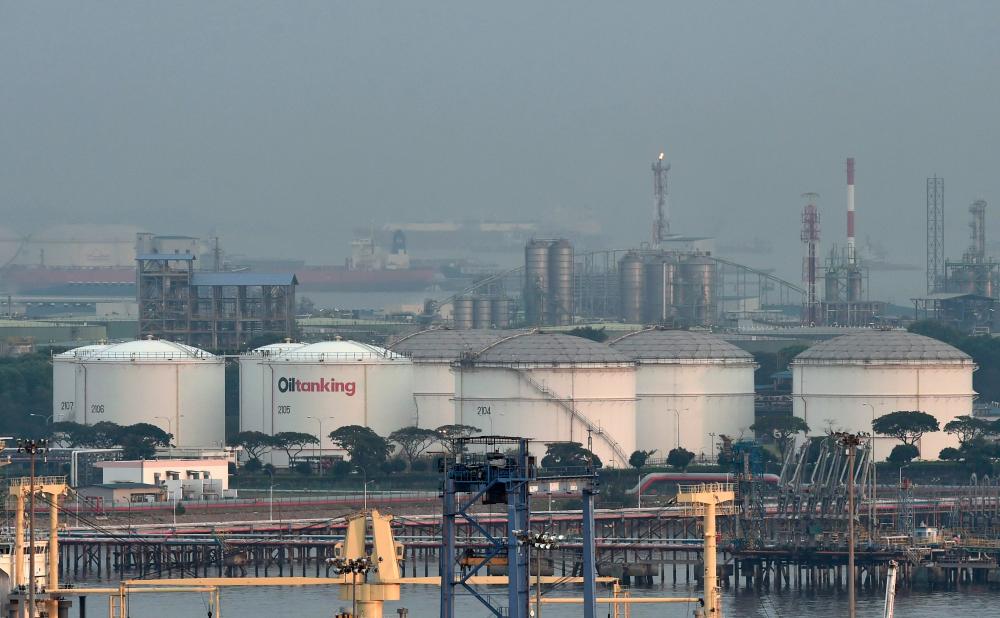 NEW YORK: Oil prices fell today as US government data showed a surprise rise in US crude inventories, and as tensions escalated between the United States and China.

US crude and distillate inventories rose unexpectedly and fuel demand slipped in the most recent week, the Energy Information Administration said today, as the sharp outbreak in coronavirus cases has started to hit US consumption.

Crude inventories rose by 4.9 million barrels in the week to July 17 to 536.6 million barrels, compared with expectations in a Reuters poll for a 2.1 million-barrel drop. Production rose to 11.1 million bpd, up 100,000 bpd.

"Overall this would suggest that the demand recovery we've seen from the bottom seems to be stalling," said Phil Flynn, senior analyst at Price Futures group in Chicago.

US President Donald Trump said on Tuesday that the outbreak would probably worsen before it got better, a shift from his previously robust emphasis on reopening the economy.

Bjornar Tonhaugen, Rystad Energy's head of oil markets, said Trump's comments might be welcomed by investors because they are among the most measured by him or his administration so far.

"This could be a positive for oil demand prospects. Instead of an uncontrolled, disruptive second wave of lockdowns, maybe chances have now increased that the United States will eventually get the spread under control," Tonhaugen said.

However, a fresh dispute between Washington and Beijing put pressure on prices after the United States told the Chinese consulate in Houston to shut and a source said China was considering closing the US consulate in Wuhan.

Adding to pressure were signs that Iraq, the second-largest producer in the Organization of the Petroleum Exporting Countries, was still not meeting its target under an Opec-led pact to cut supplies. – Reuters

2.Cracks on road could get worse if rains continue — Perak MB

4.Applicants who failed to get a place in public universities may send in appeal