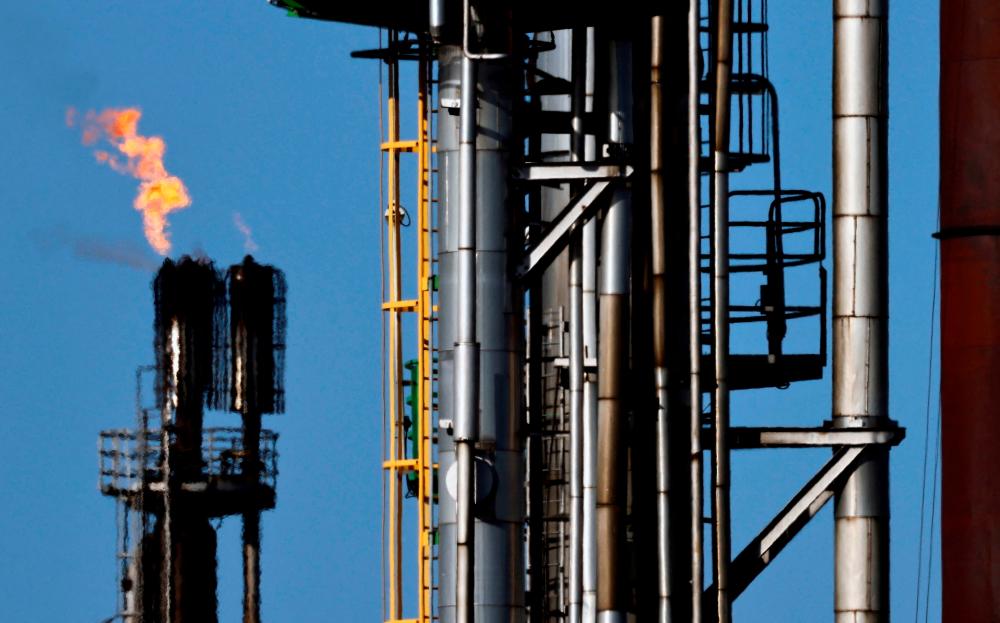 NEW YORK: Oil prices tumbled around 3% yesterday as investors worried that rate increases by the Federal Reserve (Fed) could push the US economy into recession, dampening demand for fuel.

Oil prices pared losses, however, during the session after Fed chair Jerome Powell pledged an “overarching focus” on bringing down inflation and reiterated that ongoing increases in the central bank’s policy rate would be appropriate, with the pace depending on the economic outlook.

“Powell seemed to change the mood of the market by seeming confident about the US economy,“ said Phil Flynn, analyst at Price Futures. “His words have soothed the market and put a bottom on prices for the short-term.”

Meanwhile, US President Joe Biden called on Congress to pass a three-month suspension of the federal petrol tax to help combat record pump prices and provide temporary relief for American families this summer.

“I fully understand that a gas (petrol) tax holiday alone is not going to fix the problem but it will provide families some immediate relief, just a little bit of breathing room, as we continue working on bringing down prices for the long haul,” Biden said.

Lawmakers of both major parties have expressed resistance to suspending the federal petrol tax.

The White House asked the chief executives of seven oil companies to a meeting today to discuss ways to increase production capacity and reduce petrol prices of around US$5 a gallon.

Biden has publicly criticised Big Oil for banking big profits but he has rarely spoken directly to the heads of energy companies or their representatives, White House records and interviews with industry sources show.

Chevron CEO Michael Wirth said criticising the oil industry was not the way to bring down fuel prices and the government should change its approach. Biden replied he was unaware oil executives could “get their feelings hurt that easily”.

US oil refining capacity fell in 2021 for the second year in a row, government data showed, as plant shutdowns kept whittling away on their ability to produce gasoline and diesel.

The US Energy Information Administration (EIA) said its weekly oil data, which was scheduled for release today, will be delayed due to systems issues at least until next week. It was unclear when the EIA will publish the report.

The US$2.4 trillion set to be invested globally in energy this year includes record spending on renewables but falls short of plugging a supply gap and tackling climate change, the International Energy Agency said. – Reuters Devastated Fritz says Nadal loss the toughest of his career

Devastated Fritz says Nadal loss the toughest of his career

‘Selangor will not rush approval of PJD Link’

1.Russian-born Rybakina calls for peace and an end to war in Ukraine

5.Devastated Fritz says Nadal loss the toughest of his career