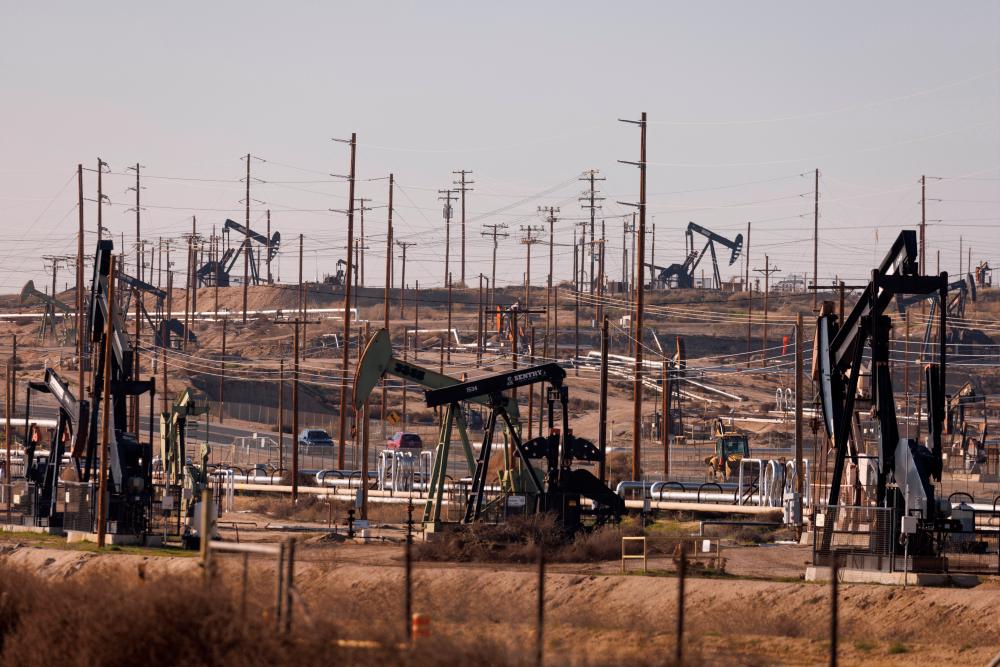 Oil derricks are seen at the Kern River oil fields, in Bakersfield, California on Jan 24. – Reuterspic

The Brent benchmark had dropped 2.3% and WTI futures slipped 1.8% in Tuesday’s session after data showed US business activity contracted in January for the seventh straight month, raising concerns about an economic slowdown.

“End of the day here, the market is starting to get a little more anxious about the economy and things along those lines,” Mizuho analyst Robert Yawger said. “Main worry at this point is demand destruction due to an economic slowdown.”

WTI prices briefly rose by over US$1 per barrel on Wednesday after the Energy Information Administration (EIA) said that US crude inventories rose by 533,000 barrels in the last week to 448.5 million barrels. Analysts polled by Reuters were expecting a 1 million-barrel rise.

“If we look at crude, the increase in stocks was much smaller than anticipated, and that is raising concerns about tightness in supply. There is no backup supply, like we normally do, as the Strategic Petroleum Reserve is heavily drawn.”

Crude prices have rallied in 2023, with global benchmark Brent crude topping US$89 a barrel this week for the first time since early December on the ending of China’s Covid-19 controls and hopes that rises in US interest rates will soon taper off.

Elsewhere on the supply side, volume should remain steady as the Organization of the Petroleum Exporting Countries (Opec) and its allies, a group known as Opec+, are likely to endorse the group;s current output levels at a Feb 1 meeting, Opec+ sources said on Tuesday. – Reuters