Petra Energy swings back to black with RM25m profit in Q3 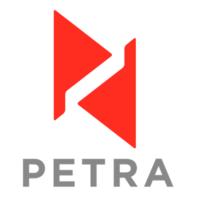 PETALING JAYA: Petra Energy Bhd returned to profitability as it posted a net profit of RM25.04 million for the third quarter ended September 30, 2019 compared to a net loss of RM26.97 million in the same quarter of the previous year, underpinned by higher contribution from all business segments.

Petra Energy has declared an interim dividend of 2 sen per share, to be paid on February 3, 2020.

According to its Bursa filing, the services segment reported a profit before tax (PBT) of RM10.5 million against a loss before tax (LBT) of RM20.9 million previously, on the back of higher revenue and improved efficiency on projects executed.

The marine assets business’ PBT came in higher at RM6.5 million due to higher vessel utilisation.

The product and development segment, meanwhile, saw a PBT of RM29 million against a LBT of RM4.1 million, attributed to the resolution of a dispute pertaining to petroleum cost.

For the cumulative nine-month period, Petra Energy posted a net profit of RM40.87 million compared with a net loss of RM41.88 million in the same period a year ago, while revenue surged 70% to RM468.52 million from RM275.59 million.

Looking ahead, the group said there are signs that the industry is recovering from a period of low activities.

“The group is cautiously optimistic and will explore for new opportunities within the energy sector while continuing its cost management and improving its execution efficiency.”