PNB and Maybank in digital tie-up, expect ASNB investments to rise 20% next year 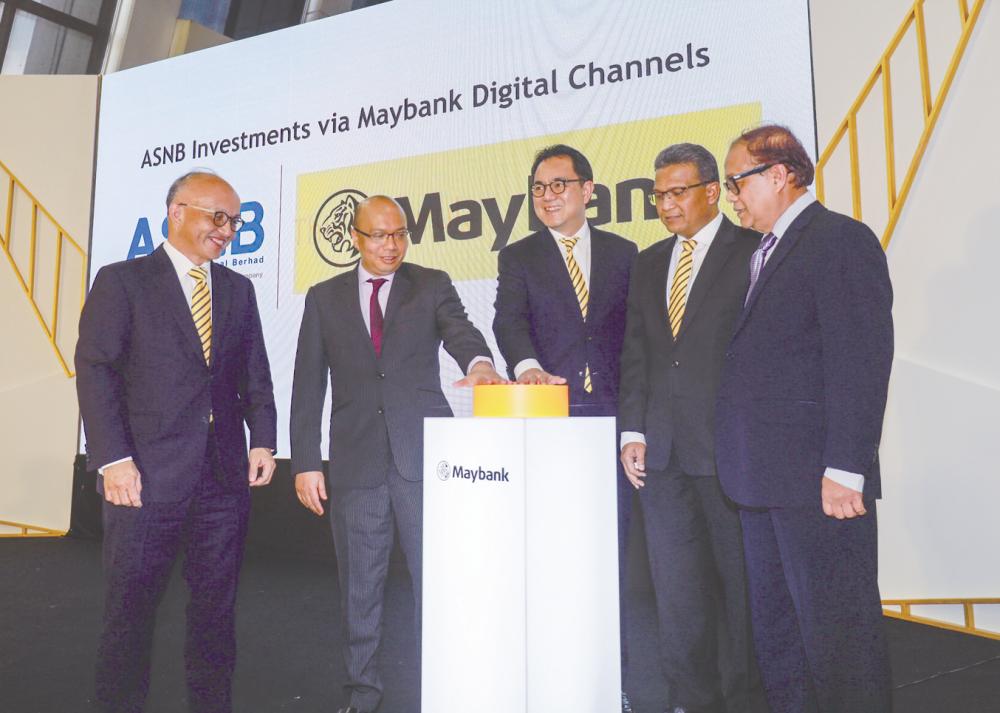 The new services enable ASNB customers to make transactions and view their account balances via Maybank’s ATMs and Maybank2u (M2U) in real time, beyond banking hours.

Speaking at the launch ceremony today, Maybank’s head of community financial services Datuk Hamirullah Boorhan said currently, over three million ASNB transactions are conducted over the bank’s counters a year, of which around one million comprise deposits transactions.

“We expect some 50% of these deposit transactions will move to our digital platforms,” he added, noting that the new services will be extended to the Maybank app by end of this year.

In addition to the new services, ASNB and Maybank also announced that by end of this year, small and medium enterprises (SMEs) will be able to transfer funds on behalf of their employees to ASNB via M2U Biz.

“Another new feature that will provide greater convenience to retail customers is the ability to apply for an ASB loan via M2U, which will be made available by the first quarter of 2019,” Hamirullah added.

To date, ASNB has 14 unit trust funds and manages 235.96 billion units in circulation owned by more than 13.74 million account holders.

Meanwhile, Maybank’s group president and CEO Datuk Abdul Farid Alias said the bank is slightly more optimistic on its 2019 outlook as it sees Malaysia’s economy growing at 4.9% next year compared to its 4.8% projection for 2018.

“2019 is going to be another interesting year. It will be slightly better than 2018 as we are quite optimistic about its outlook,” Abdul Farid said.

Abdul Farid said that although there is concern on how the trade numbers will perform going forward due to US-China discussions, he sees that Malaysia is in a comfortable position, noting it could probably see a slightly faster growth compared to 2018.

“FOMC (Federal Open Market Committee) is meeting soon. We are seeing interest rates and dollar rates moving up bit by bit. But people will be able to allocate risks into their investments accordingly,” he added.

Additionally, he said the growth for this year was within the bank’s expectations.

He said the bank’s growth is relative to the growth of the economies where it has a presence including Malaysia, Singapore and Indonesia.