Proton aims to double exports in 2019 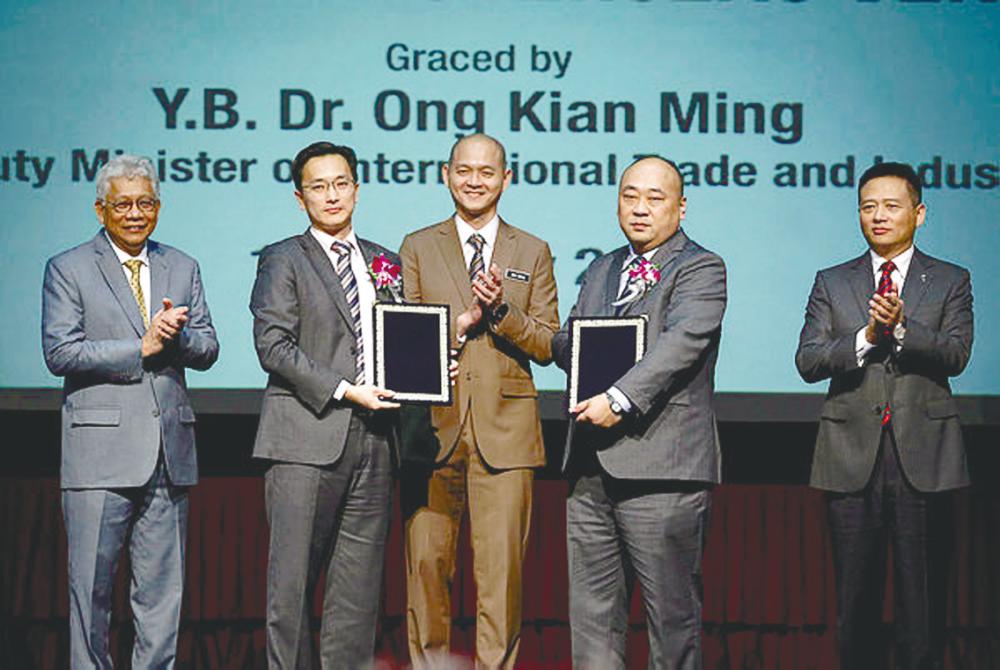 Ong (centre) witnessing the exchange of documents at the signing ceremony. Also present are Li (right) and Radzaif (left).

“In 2017, we exported 248 units. This year we want to export more,” its CEO Li Chunrong told a press conference in conjunction with the signing of a collaboration agreement between Proton’s vendors and their overseas counterparts today.

With the support from the Malaysian government, he said, the group could export up to 4,000 to 5,000 units this year.

Asked on the group’s plans to enter the Pakistani and the Middle Eastern markets, Li responded by saying that Asean will remain as the group’s focus for its export business, but it does not intend to abandon other markets.

“We don’t want to forget the other markets (as well). We are trying our best to enter other markets,” he added.

On response to the Proton X70 that was officially launched on Dec 12, 2018, the group said bookings for the sports utility vehicle have exceeded 15,000 units, with over 2,000 units delivered so far.

Earlier, Proton deputy CEO Datuk Radzaif Mohamed said the group expects to bring an initial investment of RM47 million into the country through the second set of collaboration agreements between its vendors and their overseas counterparts.

On Oct 10, 2018, Proton hosted its first signing ceremony where eight colla-boration agreements were signed and they are expected to help bring in an initial investment of RM170 million into the country.

Radzaif said the collaborative agreements will range from technical tie-ups and joint ventures to 100% foreign direct investments with foreign vendors investing into the Malaysian economy.

Aside from the investments in facilities and technology, he said, the collaborations are also expected to create about 450 new jobs in the automotive industry that range from assembly to design engineering.

Additionally, these vendors will supply parts to Proton’s manufacturing facility in Tanjung Malim, which is undergoing expansion at a cost of RM1.2 billion.

Malaysian Automotive, Robotics and IoT Malaysia (MARii) CEO Datuk Madani Sahari shared that the value of exports for automotive components and parts could have easily touched the RM12 billion mark by end of December 2018.