RedRecords aims to tune into gig scene next year 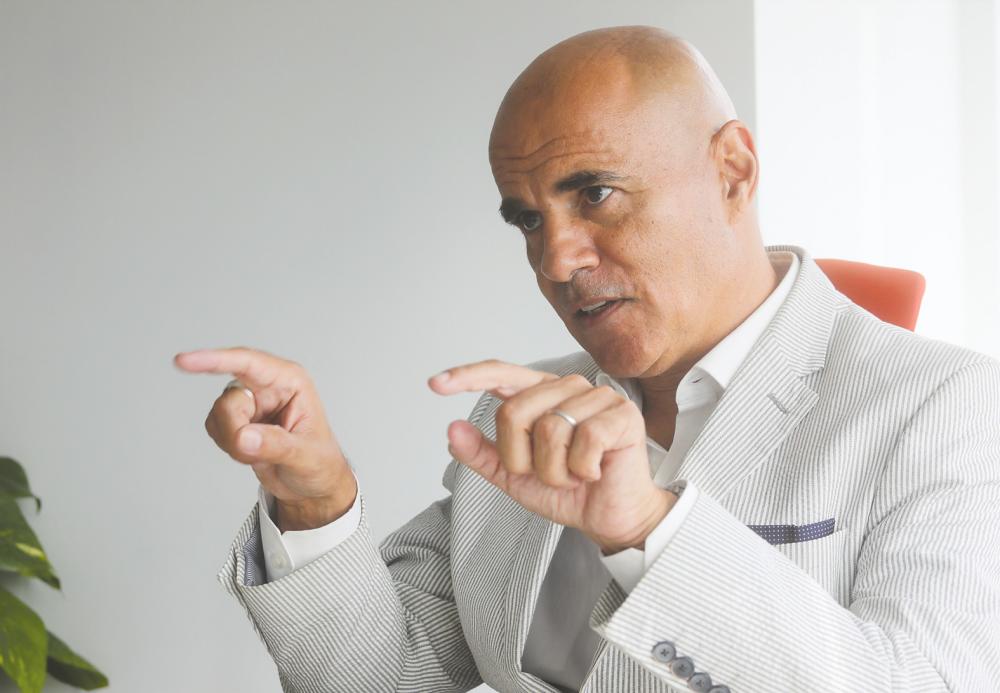 Choudhury says RedRecords will be looking to move into live entertainment when the time is right. – ASYRAF RASID/THESUN

RedRecords CEO Hassan Choudhury (pix) said it would like to be involved in a live capacity and will be looking to move into live entertainment when the time is right.

“That (concerts) is something we’d like to look at, and how we can work with Universal and other partners. It takes a lot of organising and we have to get through the pandemic. AirAsia sells tickets and they take people around. We make a lot of sense to look at the potential (of live events),” Choudhury told SunBiz in an interview.

“It’s a shame that we don’t have enough artistes coming in to Malaysia. We’ve got amazing stadiums like the Axiata Arena and the Bukit Jalil National Stadium. It’d be great to start filling these stadiums with fantastic live acts. That’d be something that we’d really like to move towards,” said Choudhury, who sits on the business development committee for Malaysia Stadium Board (PSM). Interestingly, AirAsia group CEO Tan Sri Tony Fernandes is PSM chairman.

The label is focused on signing, developing and breaking new Asian artistes and elevating Asian pop globally to new audiences around the world. Based in Kuala Lumpur, RedRecords provides the services such as artiste development, artistes & repertoire, music distribution, marketing, artiste management and agency services.

“The model we have here is a 360 model, where we manage the artiste in terms of all the non-recording income as well. Effectively Weigel has a contract that covers her through all her activities where we invest in her as an artiste, as a brand to maximise those revenue through commercial activities.”

On Sept 18, the label released its first single Passcode by Jannine Weigel. Passcode has been a passion project for Weigel, Fernandes and the RedRecords team throughout the challenging period of Covid-19, with the entire song recorded in collaboration with some of the biggest names in music during lockdown.

Choudhury said the amount of revenue many artistes make through non-recording income and from social commerce is staggering, citing the likes of Korean boy band BTS and American singer Ariana Grande.

“We look at everything with Weigel – she’s a talented artiste, she can sing, she can act, she’s an influencer, she looks amazing, she speaks to the youth, she’s relevant. Everything that spells commercial success... that’s the kind of artiste we’re looking for.

“If you’re looking for a traditional artiste that sells only music or audio, it’s hard to make money and we’re all in a business. We’re here to create dreams, dreams with a commercial upside, hence why AirAsia and Universal invested in us,” said Choudhury.

He added that the content from RedRecords can feed out to the new structure of the AirAsia Media Group, whereby selling music becomes an intergral part of the group’s strategy. AirAsia Media Group’s media and marketing solutions integrate adtech and data with content and publishing channels, and is focused on travellers and pop-culture in Asean.

“It’s a long-term game. This isn’t just a sprint, it’s a marathon. We’re here to invest in the long term, we see that Weigel can be successful commercially. Everything that we’ll try and do, will turn out to be financially fair for all the artistes that come to RedRecords.”

The music veteran said the music industry has changed in the way how record companies market their artistes.

“It’s very science, data-driven. We’ve two engines behind – that expertise of Universal Music, leveraged with DSPs (digital streaming platforms) like Spotify, Apple Music, Joox... and if you combine them with data & marketing reach, the consumers and the way AirAsia works with consumers in the region, put that together, you have a chance to break an artiste here.”

He also revealed that RedRecords is open to signing another artiste from Asean by year-end. “We want to get Weigel right and we’d love to find a talent here in Malaysia. There’s no particular genre, there can be a rock kid that’s totally alternative to what Weigel does, but if they’re great and we can see something special, we’ll look at them.” 2.‘This is an atrocity’: Fears grow that Russian blockade may unleash famine