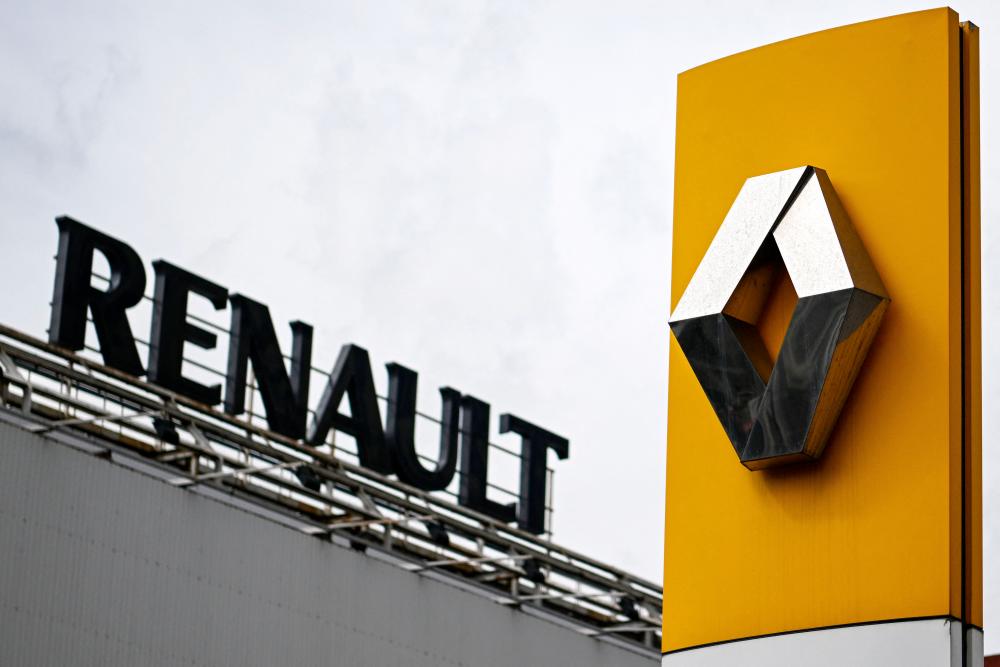 A picture taken on April 26, 2022 shows the Renault Group’s logo in front of the automotive plant in Moscow. Renault’s assets in Russia are now owned by the Russian state, the Russian Ministry of Industry and Trade announced yesterday. AFPpix

Renault handed over its local assets to the Russian government, both parties announced, marking the first major nationalisation since the onset of sanctions over Moscow's military campaign in Ukraine.

Renault controlled 68% of AvtoVAZ, the largest carmaker in Russia with the country’s top brand Lada, but was under pressure to pull out of the country since the start of Russia’s military intervention in Ukraine in late February.

Renault has funnelled billions of euros into the Soviet-era factory since the two automakers signed a strategic partnership agreement in 2008.

No financial details were provided yesterday, but Russian Industry and Trade Minister Denis Manturov said in April that Renault planned to sell its Russian assets for “one symbolic rouble”.

“Agreements were signed on the transfer of Russian assets of the Renault Group to the Russian Federation and the government of Moscow,” the industry ministry said in a statement.

Under the agreement Renault will retain a six-year option to buy back the stake in AvtoVAZ.

De Meo said Russia and its car industry will likely “continue to suffer for a long time” from sanctions imposed over Ukraine.

He added that the company’s Russian operations would have quickly faced bankruptcy and 45,000 people would have lost their jobs.

“We didn’t have many choices. I think we did the right thing,” he said.

De Meo did not disclose the financial details of the deal.

Renault indicated that a non-cash writedown of €2.2 billion (RM10 billion) will be made on the firm’s Russia assets in the first half of 2022.

Renault's shares skidded 0.7% yesterday, and are down more than a third from before the invasion began.

Thanks to AvtoVAZ, Russia was Renault Group’s second-largest market behind Europe last year, with around half a million vehicles sold.

Moscow mayor Sergei Sobyanin said production of passenger cars at the Renault plant would resume under the Soviet-era Moskvich (Muscovite) brand, which the French automaker had discontinued.

“We cannot allow thousands of workers to be left without work,” Sobyanin said in a statement.

Political commentator Anton Orekh said that it was unclear what Moscow authorities planned to do with the plant, but trying to make a new car from scratch in the absence of access to foreign technologies and components would be akin to throwing “billions to the wind”.

Since President Vladimir Putin sent troops into Ukraine on Feb 24, Renault has had difficulty keeping its operations going due to a lack of components following the imposition of Western sanctions.

The conflict and sanctions have triggered an exodus of foreign corporations.

Russian authorities said they were ready to nationalise foreign assets, and some officials assured Russians that their favourite brands would have domestic alternatives. – AFP 1.Sersol ventures into private jet business via deal with MJets

5.Amendment for heavier penalties on environment criminals to be tabled in October