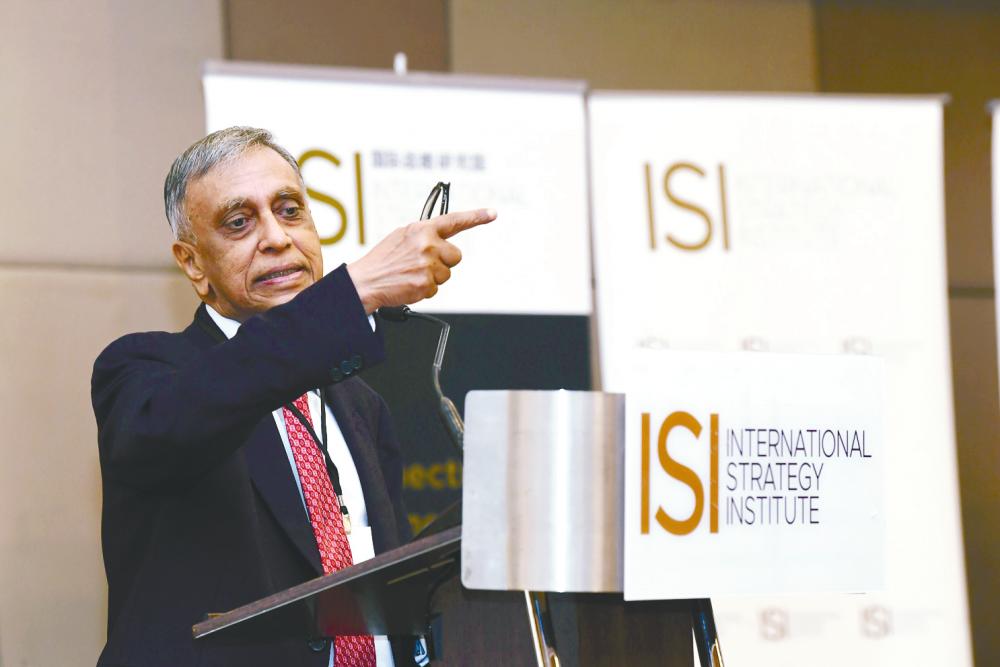 Nor Mohamed speaking at the forum.

Speaking at the Malaysia Tax Policy Forum organised by the International Strategy Institute yesterday, he pointed out that studies have shown a 10 percentage point reduction in the effective tax rate could lead to a 2%-5% increase in gross domestic product (GDP).

“I think a holistic study is needed. We should look at what the government’s policy is, where we want to go and our vision, and then draw our policies from there,” he said.

On corporate tax, Amarjeet said Malaysia needs to be more savvy in order to attract the right investments.

“I think we need to be a bit more savvy in attracting the right types of investment regardless of whether they are domestic or foreign, and tax rates do play a role,” he said.

Former second finance minister Tan Sri Nor Moha-med Yakcop also echoed the sentiment, saying perhaps it is necessary for Malaysia to rethink the way it has been taxing people.

“There should be cost-benefit analysis when it comes to tax policies and incentives,“ he said, adding that one policy consi-deration could be to adjust income tax brackets to account for inflation and the rise in cost of living.

Nor Mohamed said tax can be used as a policy instrument to promote growth, such as bringing in investment, earnings and employment.

He noted that the conventional view has been that lowering tax rates would help attract investment, however, Malaysia has long had a policy of providing pioneer status to foreign investors, which means they do not pay tax, or are granted investment allowances.

“The more they bring in, the more that is allowed to be written off. What is Malaysia seeing from this? What benefits are we get-ting?” he asked.

Inland Revenue Board (IRB) tax research department director Gunasegaran Muthusamy said it might be necessary to look at other ways to increase taxes, but it has to be done the right way as Malaysia’s per capita income is still low.

He said Malaysia has one of the lowest tax to GDP ratios among Asia Pacific countries, at just 12.8% in 2018. This is actually a drop from the 13.7% seen in 2017, due to the switch to the Sales and Service Tax from the Goods and Services Tax.

According to Gunasegaran, the IRB is looking at four ways to optimise tax-to-GDP ratio, which are: reducing the tax gap and leakages, enhancing tax administration and looking for new sources of income.