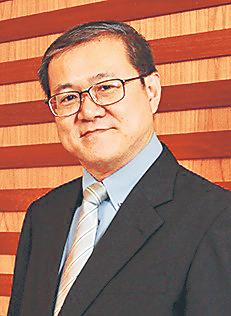 KUALA LUMPUR: The Malaysian Timber Council (MTC) remains optimistic that Malaysia will achieve its RM25 billion export target for wood-based products by 2020 despite a fragile global trade and economy caused by the US-China trade war.

“We believe that the RM25 billion target is still achievable notwithstanding the potential headwinds that may come along the way, for instance Brexit, US-China trade war and other regional conflicts,” MTC CEO Richard Yu (pix) told SunBiz in an exclusive interview recently.

“The good part about the timber and wood industry is that a lot of Malaysian businesses are very innovative, and they respond to changes quite quickly, in terms of adjusting to the changing needs and demands and also the challenges of the industry as well as economy,” he added.

To recap, the Ministry of Plantation Industries and Commodities (MPIC) had in 2017 reduced the wood-based exports target from RM53 billion to RM25 billion due to shortage of raw materials.

Yu said the RM25 billion target is more “realistic”, noting that the previous RM53 billion target was first formulated prior to the 2008 global financial crisis.

“The planning and the formulation of the strategy was before that (the financial crisis). At that point of time, even in terms of the exchange rate was pretty favourable to us from ringgit terms perspective.

“And looking at last year’s numbers, I think to get another incremental of about RM1 billion-RM2 billion for another three years should be quite realistic,” he added.

The timber industry’s contributed RM23.2 billion to the government coffers in 2017, up 4.8% compared to last year’s figures.

As at August 2018, the export figures had reached RM14.57 billion, in which the wooden furniture, plywood, sawn timber, fibreboard and builders’ joinery and carpentry are the main revenue generators for the sector.

However, Yu noted that there is concern raised by the industry players on the potential Chinese products dumping.

“That will obviously have an effect on our exports. But I believe the Ministry of International Trade and Industry is monitoring this issue closely,” he said.

At present, Malaysia exports timber and timber-based products in over 160 countries.

Moving forward, Yu said the country’s commitment in maintaining its forest cover at above 50% will ensure that the timber industry remains sustainable in the long-term.

The MTC was established in January 1992 to facilitate the local industry players and promote the development and growth of the timber industry.