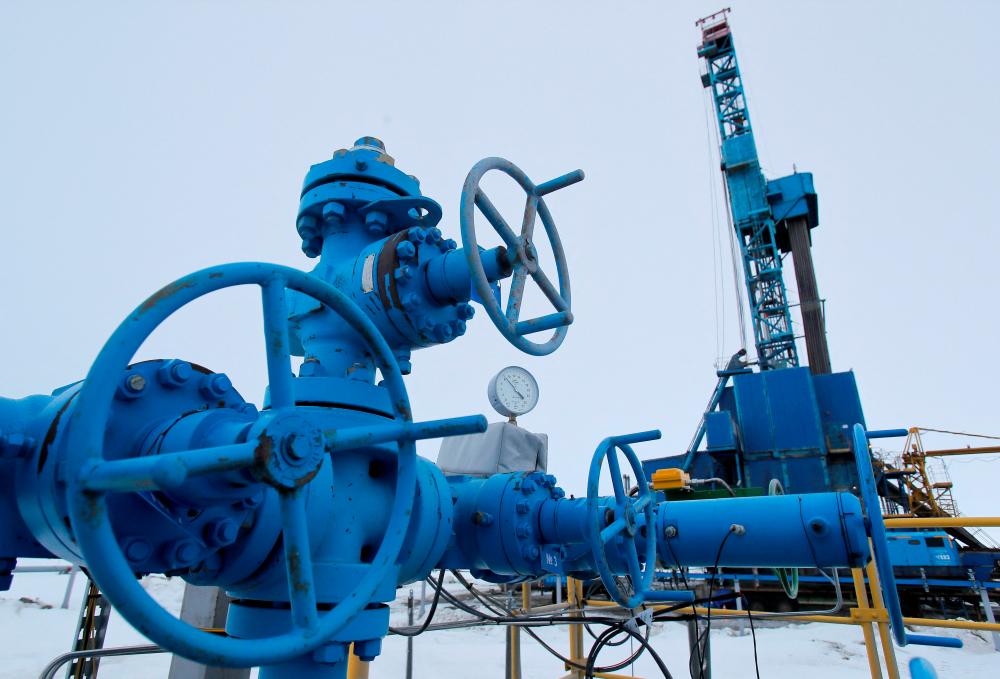 Valves near a drilling rig at a gas processing facility operated by Gazprom at Bovanenkovo gas field on the Arctic Yamal peninsula, Russia. – Reuterspix

MOSCOW: Russia has imposed sanctions on more than 30 EU, US and Singaporean energy companies in a retaliatory move following Western penalties over Ukraine, a government decree said yesterday.

The Russian government’s list targets 31 companies, most of which belong to the Gazprom Germania group of subsidiaries of Russian energy giant Gazprom.

The implications for gas supplies to Europe, which buys more than a third of its gas from Russia, were not immediately clear.

However, a decree by President Vladimir Putin on May 3 stipulated that no Russian entity would be allowed to make deals with those on the sanctions list, or even fulfil its obligations under existing deals.

The decree explicitly forbids the export of products and raw materials to people and entities on the list.

Gazprom supplies much of its gas to Europe via the Yamal-Europe pipeline, and its various activities across and outside Europe are essential for the European gas market and its supply to industry and households.

Germany said in April it was taking control of the German subsidiary of Gazprom.

The sanctions also affect Poland’s EuRoPol GAZ S.A., the owner of the Polish part of the Yamal-Europe gas pipeline.

The sanctions include a ban on transactions and the entry into Russian ports of vessels linked to the affected companies.

The German ministry of economy and climate protection said yesterday the government was “making the necessary arrangements and preparing for different scenarios”.

“The gas crisis team is monitoring the situation closely,” the ministry added. “Currently, the security of supply is guaranteed, it is constantly monitored.” – AFP, Reuters