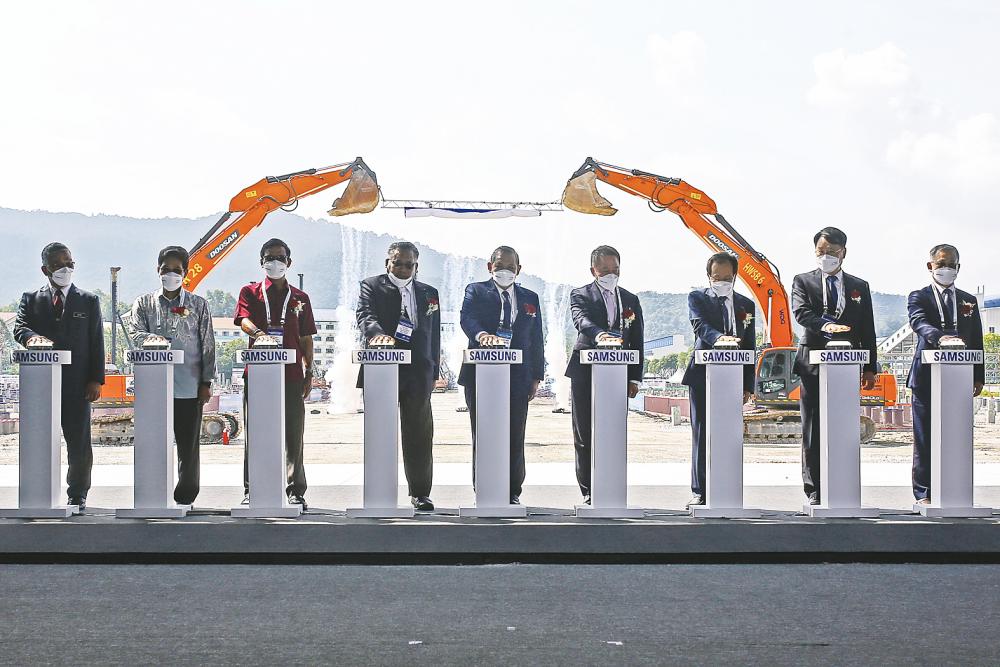 Prime Minister Datuk Seri Ismail Sabri Yaakob said the factory in Negri Sembilan, which is expected to start operating in 2025, will create 1,300 job opportunities for Malaysians.

“I was informed that the development of this new phase two plant involves seven new buildings as well as an additional electricity sub station of 132 kilovolts, besides being able to produce 800 million battery cells a year.

“Samsung SDIEM’s commitment to meet the needs of the global market for the use of EVs in the world is a proud effort for the country and the people of Malaysia,” he said when officiating the groundbreaking ceremony for the factory, which was broadcast via video recording here today.

He expressed his appreciation for the role played by the South Korean company in developing industries based on green technology.

The prime minister noted that this is is in line with the country’s goal of becoming a carbon-neutral nation by 2050, as outlined in the 12th Malaysia Plan.

Ismail Sabri said the industry is important for Malaysia in terms of its contribution to the overall comprehensive EV ecosystem. “I am confident that the ‘Keluarga Malaysia’ employees will remain resilient and continue to contribute together to developing the country’s economy,” he said.

Samsung SDI CEO Choi Yonho said the relationship between Malaysia and Samsung SDI is special because Samsung SDI developed its first overseas plant in the country in February 1991. After that, Samsung SDI became the world’s first company in the industry to develop cathode ray tubes.

“Starting from 2024, the batteries produced will be used in various devices including electrical equipment, micro-mobility and EVs that will make the whole world ‘move’ on Samsung SDI batteries,” he said.

Choi said the batteries feature the competitiveness of Samsung’s “super gap” technology, known as “PRiMX”, an original Samsung SDI brand which will be produced by the hundreds of millions every year in addition to being exported worldwide.

Choi said his party will make Samsung SDIEM a global battery industry centre through the cooperation of all Samsung SDI employees, the Malaysian government and partner companies.

“In addition, in line with the environmental, social and governance oriented management strategy, Samsung SDI is compliant in fulfilling our social responsibility towards the environment, safety and legal requirements,” he added.

As at May 2022, Samsung SDI has invested a total of RM3.8 billion in Samsung SDIEM, while contributing RM2.5 billion to Malaysia’s annual export rate. – Bernama India To Host MotoGP In The Future

5.India To Host MotoGP In The Future