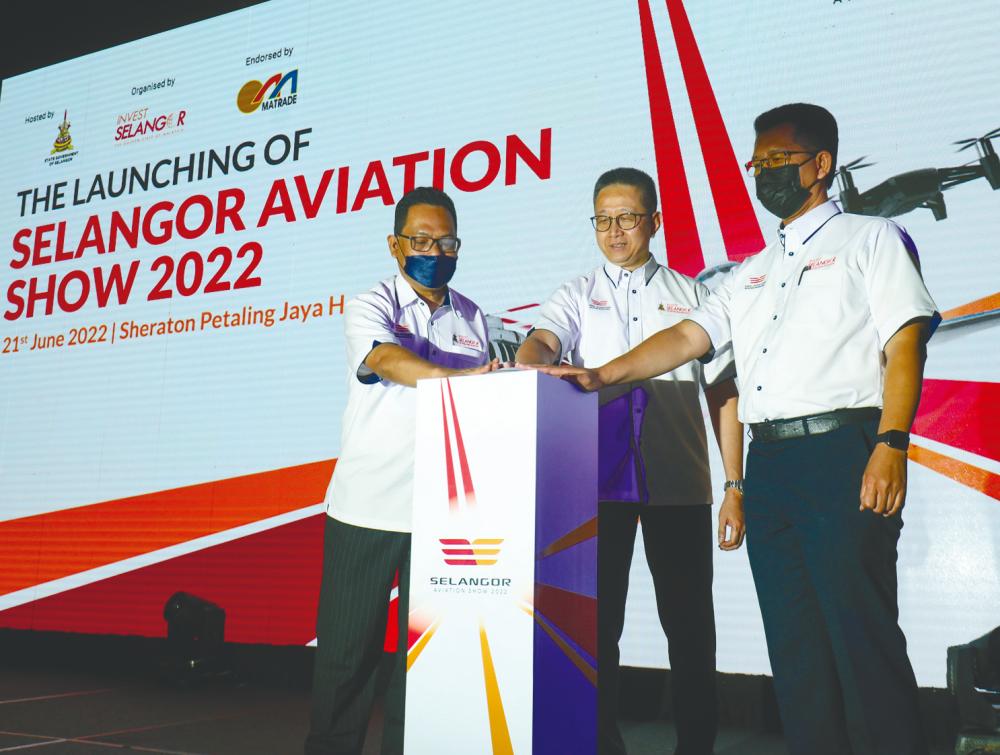 PETALING JAYA: The Selangor Aviation Show 2022 (SAS2022) is targeting RM700 million worth of potential transactions with a turnout of 8,000 visitors and at least 70 booths from local and international companies.

The aviation show, which is in its second edition, will be held from Sept 8 to 10, 2022 at Skypark Regional Aviation Centre (Skypark RAC) in Subang, organised by Invest Selangor Bhd and its aerospace division Selangor Darul Ehsan Aerospace Industry Coordination Office, S-DAICO. About RM5 million has been allocated for the event and it anticipates around 30 static displays of aircraft and helicopters, including luxury private jets, general aviation on the tarmac areas within the Skypark RAC area.

The event aims to provide an opportunity for high-level networking and market penetration prospects with industry players from a range of sectors including commercials, the business aviation, general aviation and helicopters sub-sectors of the aviation industry in Malaysia and potentially in the region.

Selangor state executive councillor for industry and trade Datuk Teng Chang Khim said the event is the only business aviation show in the region which will offer a regional perspective of the industry, and will be participated by global industry players. He also announced that the Malaysia External Trade Development Corp has endorsed SAS2022, adding that it is currently discussing with other governmental agencies on other potential incentives which it believes will benefit the players and the eco-system.

He added that it is talking to more original equipment manufacturers and even went to the European Business Aviation Conference & Expo held in Geneva last month to promote SAS. As such, it hopes to have many more participation this year, such as Dassault Aviation with the Falcon Business jet and others.

“Apart from the exposition and static displays, we will also be conducting business meeting sessions for the participating exhibitors with potential trade visitors and partners, product presentation sessions, seminars as well as training and career path sessions with the aviation tertiary students. Networking sessions are also planned to maximise the exhibitor’s participation which also include a session with potential business aviation clienteles or charter flight passengers,” he added.

Last year’s SAS2021 recorded RM100 million worth of transactions between local and international companies within the aviation industry. It also saw the participation of 47 exhibitors from six countries, namely Brazil, Turkey, France, Switzerland, the United States and Malaysia. 1.Salman Rushdie in surgery after being stabbed onstage