Swiss spooked by using debt to prop up economy 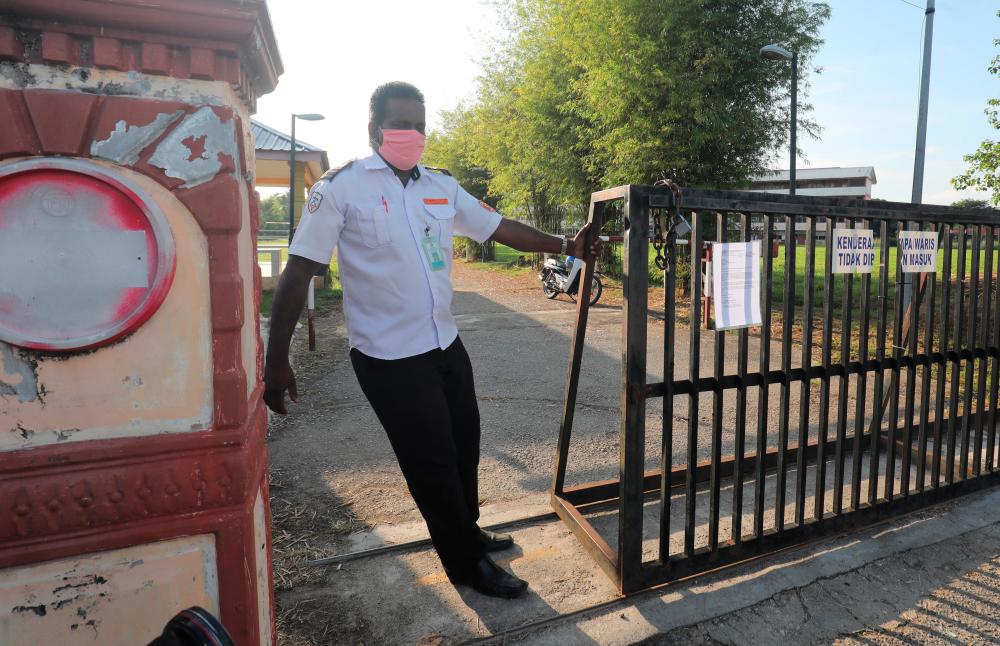 ZURICH: Germany, which is known for strict budgets, has tapped debt markets to prop up its virus-hit economy, while neighbouring Switzerland has consistently curbed borrowing despite calls to change course.

With Swiss firms struggling through another lockdown, the federal government last week finally loosened its purse strings a bit, doubling emergency aid to 10 billion Swiss francs (RM45.2 billion) as part of a programme to boost the economy.

But when he presented the package for companies worst hit by the latest Covid restrictions, Finance Minister Ueli Maurer (pix) again lamented that Switzerland had to borrow to boost the economy.

Some 10 billion francs in debt will have to be paid off within six years according to a constitutional debt brake rule, Maurer warned. He promised to present various options to do so as soon as the economic outlook cleared a bit.

Despite mounting criticism that the wealthy Alpine nation isn't doing enough to support companies, Maurer has repeated time and again that the Swiss government has "no money".

In 2020, Switzerland's federal government spent 15 billion francs to support the economy, and preliminary data shows it ended the year with a deficit of 15.8 billion.

Some have called for Switzerland to put balanced budget dogma aside during the crisis, to protect against potential long-term economic damage.

"Switzerland could be much more generous," said Michael Graff, an economics professor at ETH Zurich, a public research university.

He believes the country could borrow what it needed to boost business activity without a problem.

A study published by Graff in January argued the nation's post-crisis finances would remain healthy even if borrowing rose, primarily because the country entered the pandemic with one of the world's lowest debt ratios.

That was less than half the European Union's widely breached target of 60%.

According to Graff, if the Swiss debt ratio rose by 10 percentage points, or even 20, and "if things take a turn much worse than expected" the country would still be at a level that is "extremely low, compared to other nations, once the crisis is overcome".

If Switzerland is in some ways a very liberal nation, Graff pointed to a "public debt phobia" which he said was a cultural trait.

After debt soared at the end of the 1990s owing to a crushing real-estate crisis, Switzerland became a champion of fiscal rectitude, introducing a debt brake into its constitution in 2003. -

"This fear of going into debt is something irrational," argued Cedric Tille, an economics professor at Geneva's Graduate Institute of International and Development Studies.

This is especially so, he said, because Switzerland currently benefits from negative interest rates, which means investors are willing to lose money to own Swiss 10-year bonds.

With negative rates, Switzerland can borrow "all it needs for its economy", he said in a recent interview with Leman Bleu television.

The country did not suffer as badly as some European neighbours during the first wave of the pandemic moreover, and its economy has fared better.

It was able to ease restrictions faster and count on strong pharmaceutical exports.

After falling by 8.6% in the first half of the year, Swiss GDP rebounded with a 7.2% gain in the third quarter.

But after infections surged again, cafes, restaurants, theatres, cinemas, museums and sports clubs were closed in mid-December and all non-essential shops followed a month later. Shops are slated to reopen on March 1, but some fear the shutdown will lead to a wave of bankruptcies at small- and medium-sized businesses.

"For the second wave, they should have distributed aid much earlier to cover lost revenue," remarked Rafael Lalive, an economics professor at the University of Lausanne. – AFP