Takeover offer for Lafarge not fair, not reasonable 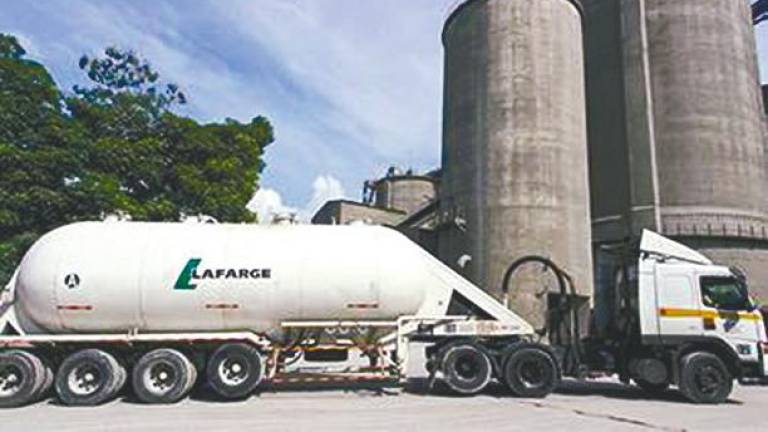 In its independent advice circular, AmInvestment Bank has recommended shareholders to reject the offer.

According to AmInvestment Bank, the offer price of RM3.75 is not fair as it is lower than and represents a discount from 2.2% to 18.5% over the range of fair values of RM3.83 per Lafarge share and RM4.60 per Lafarge share.

The range of fair values takes into consideration the revival/resumption and on-going review of large infrastructure projects and the emergence of the enlarged YTL Cement Group as a clear market leader with capacity share of about 63% in Peninsular Malaysia, which may potentially increase the demand and average selling price of cement.

“One of the main reasons for the current low market price of Lafarge shares which has been trading below the offer price since May 2018 up to the notice is due to the suspension announcements.

“Hence, the implementation of large infrastructure projects and/or fruitful initiative of the Malaysian government in promoting affordable housing may potentially increase cement demand and contribute positively to the financial results of Lafarge group and share price movement of Lafarge shares,” it said.

It also said that the offer is not reasonable as it is the intention of YTL Cement to maintain the listing status of Lafarge and keep the shares traded unless YTL Cement either individually or jointly with its associates hold in aggregate 90% or more of Lafarge shares and Lafarge does not comply with the public spread requirement.

“Notwithstanding that the Lafarge shares are relatively illiquid, holders who hold small blocks of Lafarge shares may still have the opportunity to dispose of their shares in the open market subsequent to the closing date as the offeror intends to maintain the listing status of Lafarge,” it added.