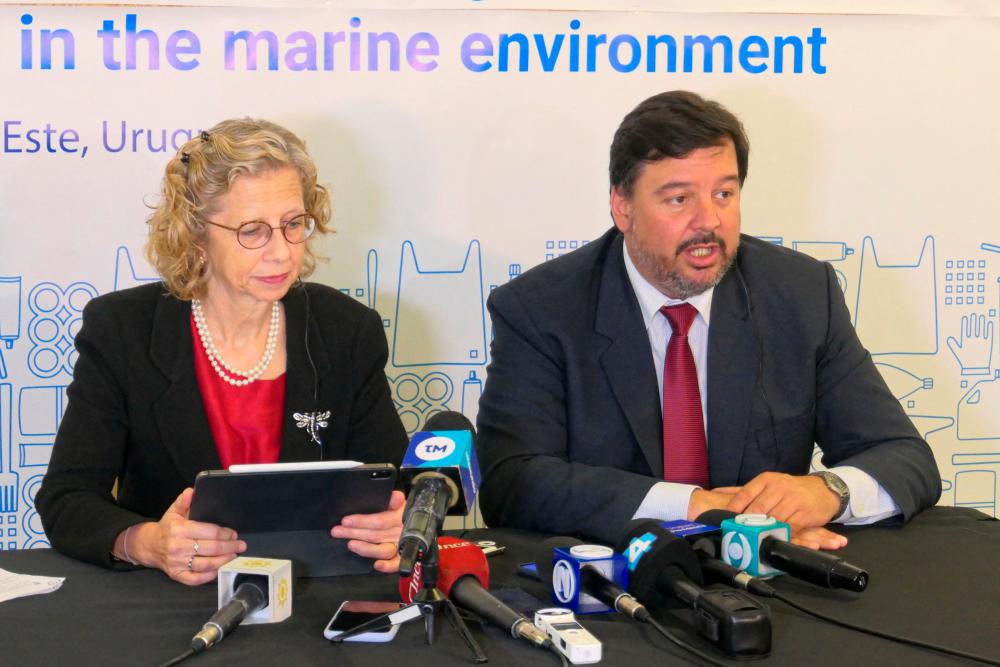 Andersen (left) and Uruguay’s Minister of Environment Adrian Peña during a press conference in Punta del Este on Monday. – AFP[ic

PUNTA DEL ESTE, URUGUAY: Despite decades of effort, plastic pollution is only getting worse – a gloomy fact that representatives of almost 200 nations meeting here on Monday (Nov 28) are determined to change.

Delegates in this seaside city began charting a path to the first global treaty to combat plastic pollution.

“We know that the world has a significant addiction to plastic,” said Inger Andersen, executive director of the Nairobi-based United Nations Environment Programme, at the start of the talks.

“A plastic crisis is also a climate crisis. Plastic has a heavy carbon footprint and a heavy chemical footprint,” she said.

The Uruguay meeting comes after the parties at the UN Environment Assembly in Nairobi in March agreed to create an intergovernmental committee to negotiate and finalise a legally binding plastics treaty by 2024.

The decision was seen as the biggest environmental advance since the Paris Agreement to curb global warming was signed in 2015.

By some estimates, a garbage truck’s worth of plastic is dumped into the sea every minute. The amount of plastic entering the oceans is forecast to triple by 2040.

Experts believe it is only an international, legally binding agreement that could truly begin to halt one of the worst environmental scourges on the planet – if there is enough political will.

The meeting in Uruguay will last for five days, and is only a first step in the negotiations process. Another four global meetings are planned to carry the process forward.

Technical matters, such as how to structure the two years of talks, or even what should be included in the treaty, are up for discussion.

“It is ambitious to end plastic pollution, but it is entirely doable,” said Andersen.

She said the delegates would work together to “transform the entire life cycle of plastic”, from the production of polymers, to the way brands and retailers use plastic, to the waste that emerges.

According to the World Wide Fund for Nature (WWF) the total plastic in the ocean has increased 50% in the past five years. This is despite a 60% increase in policies to fight plastic pollution on the country level.

“The unique potential of a global treaty is to hold all signatories to a high common standard of action,” the WWF said in a report on the treaty published this month. – AFP