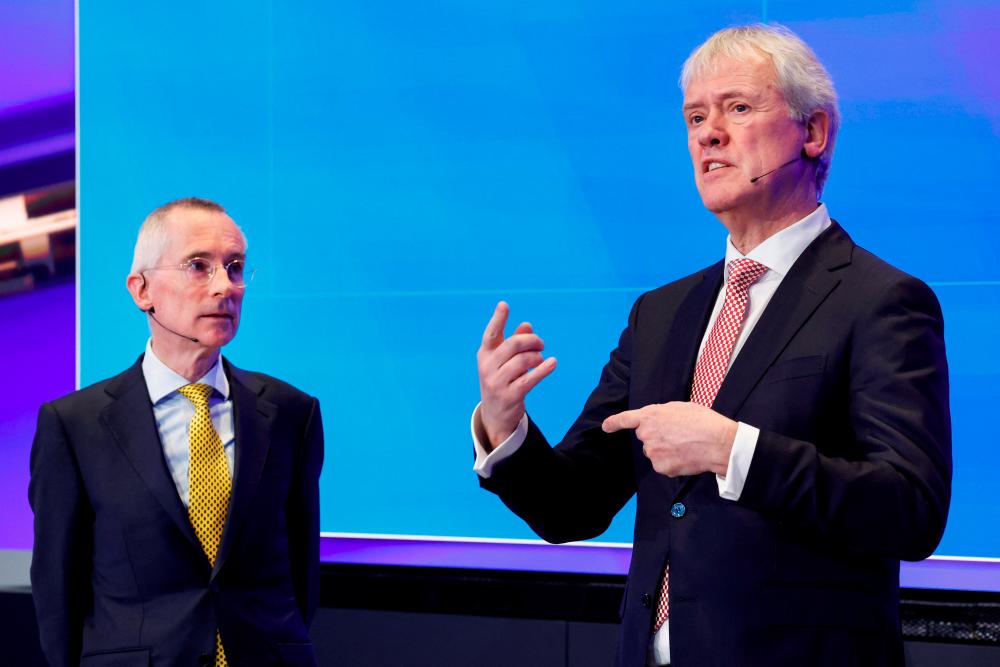 Wennink and Roger Dassen, CFO of ASML, announcing the company’s financial results in Veldhoven, the Netherlands, on Wednesday. – Reuterspic

THE HAGUE: Key Dutch semiconductor tech supplier ASML urged governments to be “careful” on Wednesday (Jan 25) as it announced a drop in profits amid a chip war between China and the United States.

ASML, Europe’s biggest maker of the machines that help make microchips, has been at the centre of a push by Washington to get the Netherlands and other allies on board with export restrictions.

The US restricted exports of semiconductor technology to China last year and wants the Netherlands and Japan to follow suit over concerns about its potential military use.

But the maker of lithography machines that print microchips said it expects strong growth for 2023, with net sales rising more than 25%.

“We continue to see uncertainty in the market caused by inflation, rising interest rates, risk of recession and geopolitical developments related to export controls,” ASML chief executive Peter Wennink said in a statement.

“However, our customers indicate that they expect the market to rebound in the second half of the year,” he said.

But the technology is listed on a multilateral agreement signed by around 40 countries including the US and the Netherlands governing export controls on dual use civilian-military technology.

Wennink told a news conference that the effect on ASML “depends on how deep those export controls go”.

“Export controls are a legitimate instrument, that’s clear,” he said. “We need to be careful that instruments that are well-meant don’t come to a consequence that we all feel sorry about.”

The ASML chief said restrictions could affect chips used in “what we buy every day, from cars to washing machines to PCs to smartphones to infrastructure”.

The Dutchman said it was “mind-boggling” that governments only seemed to have recently realised the importance of where semiconductors were made, and admitted his firm was caught in the middle of a “bifurcation of the world into new social-economic blocs”.

But he backed Rutte’s handling of the “sensitive” issue.

“Our prime minister was pretty clear, he said this is a complex situation because it involves several countries,” Wennink told reporters.

“The consequences of doing anything could be quite significant, he actually mentioned that.”

Asked when he thought the Netherlands could reach an agreement with the United States, he said “politicians want to do this rather sooner than later ... it’s probably under high pressure”. – AFP