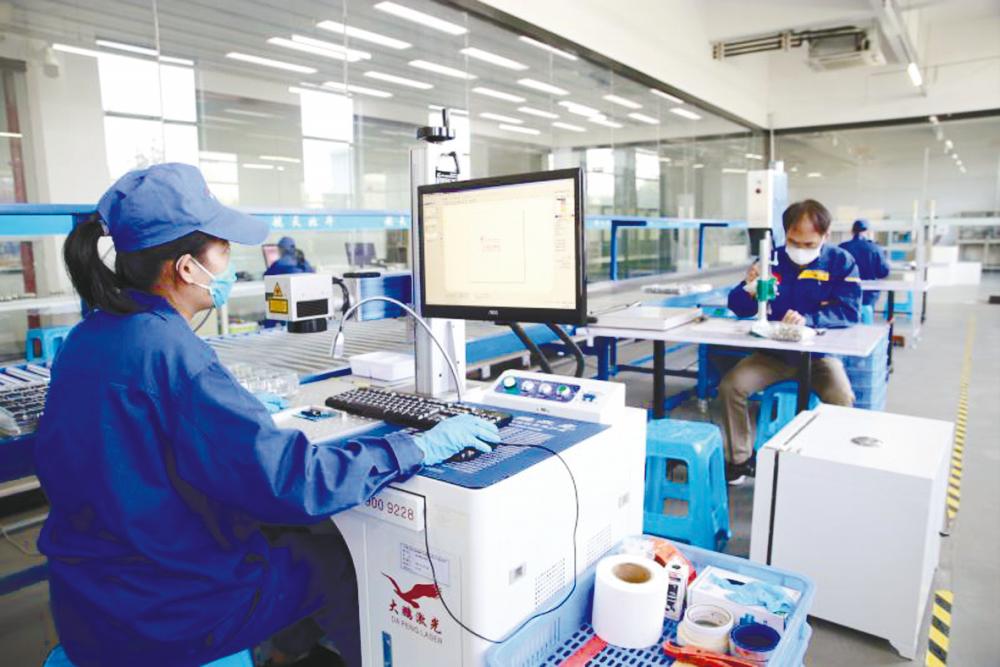 PETALING JAYA: Techna-X Bhd expects its energy storage business to make up 20% of its net profit in its next financial year (FY22), from less than 5% currently, surpassing its digital transformation business which has been the biggest contributor to its bottom line.

Executive director Datuk Jared Lim said capacity expansion would drive the growth of the segment and it is positioning itself to become the world’s sole manufacturer of ruthenium energy storage products and solutions.

“Moving forward, in 2022 we do expect a larger scale commercial production. We expect energy storage to eclipse the digital transformation segment, as it is growing not just in China but in the region and across the globe,” Lim said at a virtual briefing today.

He elaborated that there is a huge expectation from the segment as the business of supplying energy storage for energy grid players alone is expected to see a 10-fold increase.

To fund the capital needs of the energy storage business, Techna-X has embarked on a reverse takeover (RTO) of Singapore Stock Exchange (SGX) listed Chaswood Resources Holdings Ltd via a binding term sheet. Under the corporate exercise, 100% of its 50%-owned energy storage subsidiary HK Aerospace Beidou New Energy Technology Co Ltd will be sold to Chaswood, and the consideration will be fully satisfied via allotment and issue of new shares in the SGX-listed company.

Lim explained that the impetus behind this corporate exercise is to raise US$40-50 million (RM168-210 million) needed for the energy storage business’ research & development and capacity expansion plans.

In 2021, the group’s energy storage business has proved to be profitable albeit nominally as it has invested a lot into research and proof of concepts.

“We have made preservation before that, signing contracts and order books to the tune of US$300 million, with US$250 million coming from Kone, the Finland-based engineering company specialising in elevators and escalators, alone. In terms of the research and work we’ve been doing in the past year, a big part of it is to satisfy Kone requirements for the systems we’ve developed for them.”

As for the decision to seek listing via a reverse takeover in Singapore, Lim explained that this is due to the island republic’s desire to be part of the environment, social, governance trend in which technologies such as theirs is very much encouraged.

“With the decision not to embark on an IPO ourselves, our SGX move shows that we are way past the startup stage as we have actual registered patents that span over the last 10 years, a running factory and order books that are expected to expand in many multiples.”

He revealed that the exercise is expected to be completed in nine months and upon completion it will translate to a RM1 billion contribution to Techna-X. Furthermore, Lim expects a turnaround for the Bursa-listed counter next year as it will cease its metallurgical coke business, which has been classified as asset for sale and contributed a loss to the group.

Stripping the losses from the assets for sales, he calculated the nine months of 2021 saw a net profit of about RM3 million which increased to RM7 million after removing the associated overheads.

“Next year, we expect our target to be far in excess of that next year and because we won’t be seeing any loss from the coke side as of January next year. We definitely expect a strong earnings turnaround.” 1.Taiwan residents largely calm in the face of Chinese anger