The Accountant’s Perspective – Ethics of the accounting profession 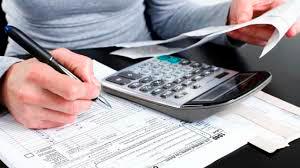 For representational purposes only. – REUTERSPIX

The respective investigation and disciplinary processes being carried out by both institutes serve as a reminder of the profession’s emphasis on the need of their members to comply with the code and where a breach has been discovered or reported, the institutes will have to mete out appropriate sanctions for the transgression. The most severe penalty can lead to a loss of membership status and hence, the said person will no longer be able to practice as an accountant in Malaysia.

The profession’s ethical initiatives in Malaysia

Both MICPA and MIA are actively engaged with members in providing the necessary updates of the code from time to time. These are facilitated through ongoing continuing education programmes or workshops and the annual members outreach especially in the year where major updates to the code have been undertaken.

The code of ethics is a topic that is featured extensively in MICPA’s examination syllabus as well as that of the MIA’s qualifying examination. This will ensure that accountants are well versed with the Code upon their graduation. The online orientation programmes organised by MIA for new accountants further serve to emphasise the importance of compliance with the Code on a continuous basis.

In addition, those going for their audit licence interview will be expected to display a satisfactory level of understanding of these ethical codes if they are to be given an audit licence. The MIA’s Ethics Standards Board and MICPA’s Membership Affairs Committee do work diligently to ensure the Code of Ethics of both institutes are aligned with that of the IESBA’s international code in as far as it is practicable in Malaysia. As of recent date, the divergence between both local codes and that of the IESBA has been minimal.

Various FAQs and discussion papers issued by IESBA are also being promoted from time to time to encourage robust discussion and debate of future ethical trends – such as the recent standard on what is an acceptable mindset of an accountant when dealing with information that comes into the accountant’s domain in the ordinary course of work. Both institutes have been providing written technical support to answer members’ technical enquiries on various ethical issues for many years now.

IFAC has also highlighted some of the more novel initiatives undertaken by some Professional Accountancy Organisations (PAOs) recently on their Knowledge Gateway. Some of the recent themes and activities include:

► Campaigns to raise awareness among members on the importance of ethics (e.g., ICA Scotland and The Power of One and the Philippines CPA’s Integrity Pledge);

► Introduction of decision-making frameworks to help support members to think through and act in the face of ethical problems and dilemmas. Several PAOs have provided such frameworks for free on their website;

► In Australia, the PAOs are working with RMIT University to develop an electronic game to promote the learning of ethics and its practical application. It will be launched in 2021.

The above are some examples of ongoing initiatives, happening either in Malaysia or overseas. While the organising of these trainings and educational courses as well as other innovative initiatives are certainly important for the global profession, the investigation and disciplinary mechanism among the PAOs must also be seen to be effective when dealing with breaches of ethics.

The age-old adage of prevention being better than cure is certainly true in the case of ethics.

Recent scandals have shown that the reputational risk to the profession is becoming increasingly heavier. And as can be seen, many PAOs including MICPA and MIA are shining an important light on the need to increase their members’ awareness and knowledge in ethics. Most of these tools and other resources are made available to members for free or at a highly subsidised level. This is an important step to ensure that the profession remains credible in the eyes of the business community as well as the regulators.

This article was contributed by MICPA member Johnny Yong.

Harps calls off plan for listing on Bursa’s Main Market