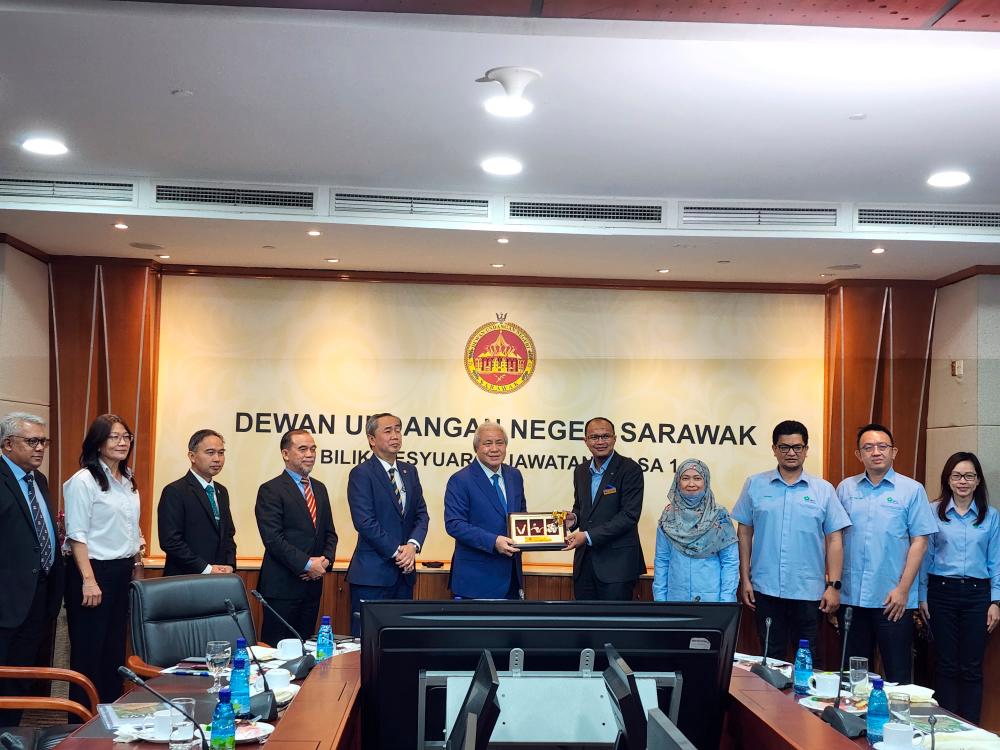 Muhtar Suhaili (fifth from right) receiving a token of appreciation from Awang Tengah during a courtesy call of MTC’s Roadshow to Sarawak from May 26-28.

KUALA LUMPUR: The Malaysian timber industry chalked notable gains in exports for the first quarter )Q1) of 2022 as global demand for timber products grew. The impact of the Russia-Ukraine war on supply chains worldwide not only created a demand for Malaysian timber-based products but also affected the prices of commodities worldwide, including timber that increased year-on-year (y-o-y).

Malaysia’s export of timber and timber products from January to March this year increased by 8.2% to RM6.54 billion compared to RM6.04 billion in the same period in 2021. Wooden furniture remained the highest contributor with RM3.1 billion or 47.3% in exports in Q1 followed by plywood with RM896.5 million or 13.7% and sawntimber with exports of RM640.9 million (9.8%).

“We are pleased that the timber industry is showing such dynamism in exports. Our industry members are resolute, and the government has also created an environment for the industry to thrive,” said the Malaysian Timber Council (MTC) chairman Hajah Norrida Yusoff.

Hajah Norrida said the recent trade visits to the US and Europe as well as the Ministry of Plantation Industries and Commodities’ agri-commodities promotional efforts to the Middle East have opened business opportunities for Malaysian timber-based manufacturers.

“Businesses are the engines of our economy and a conducive climate for trade is vital for these manufacturers to flourish,” she said.

However, there was a drop in imports for particleboard/chipboard and logs, at RM101.1 million and RM48.8 million, respectively, which represent a decline of 22.8% and 21.8%, respectively, y-o-y.

“Augmenting raw material supply and securing alternative sources of raw material are crucial for the industry. We have been implementing programmes to assist our industry players to meet their production needs where possible,” said the MTC CEO Muhtar Suhaili.

“MTC has also been actively conducting its nationwide Roadshows with recent visits to Sabah and Sarawak for potential collaborations in augmenting raw materials from these two States for timber-based manufacturers in the Peninsular apart from sharing the programmes and services that MTC has to grow their businesses,” he added. - Bernama