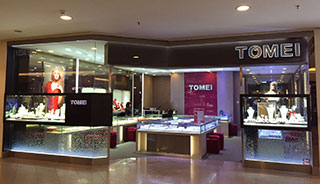 PETALING JAYA: Tomei Consolidated Bhd’s net profit for the second quarter ended June 30, 2019 surged almost three times to RM1.12 million from RM394,000 a year ago, thanks to its retail and manufacturing and wholesale segments.

The group said will continue with its rationalisation strategy in improving its sales volume through the introduction of more new designs and at the same time taking step to contain its operating cost.

“Barring any unforeseen circumstances, the board of directors is of the view that the group will remain profitable for the year,“ Tomei said.

1.Lusong Laku, Sungai Asap to be set to be tourism products: MOTAC

2.MOSTI optimistic that initatives taken can make Malaysia a high-technology country by 2030