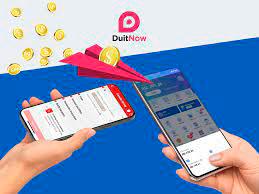 PETALING JAYA: Touch ‘n Go eWallet today announced that it has launched the DuitNow Transfer function, allowing users to move their monies from any internet banking account directly to the eWallet in real time.

“This also opens several new opportunities for our users. For example, working adults can easily move monies directly from their internet banking accounts to the Touch ‘n Go eWallets of their children, elderly parents and / or domestic helpers. As things evolve, employers could also use this as an alternative to allowance disbursements for their workers. We will continue to innovate around this space for our users,” Touch ‘n Go group CEO Effendy Shahul Hamid said.

DuitNow Transfer is the second service from PayNet that has been accepted by Touch ‘n Go eWallet, the first being the DuitNow QR, the national QR code standard which allows for any compliant QR Code to take payments from any participating banks and eWallets.

Why your vote is important

3.Change your attitude to transform your future

4.Are we financially literate enough?

5.Why your vote is important