UN: Not the time for austerity as global growth slows 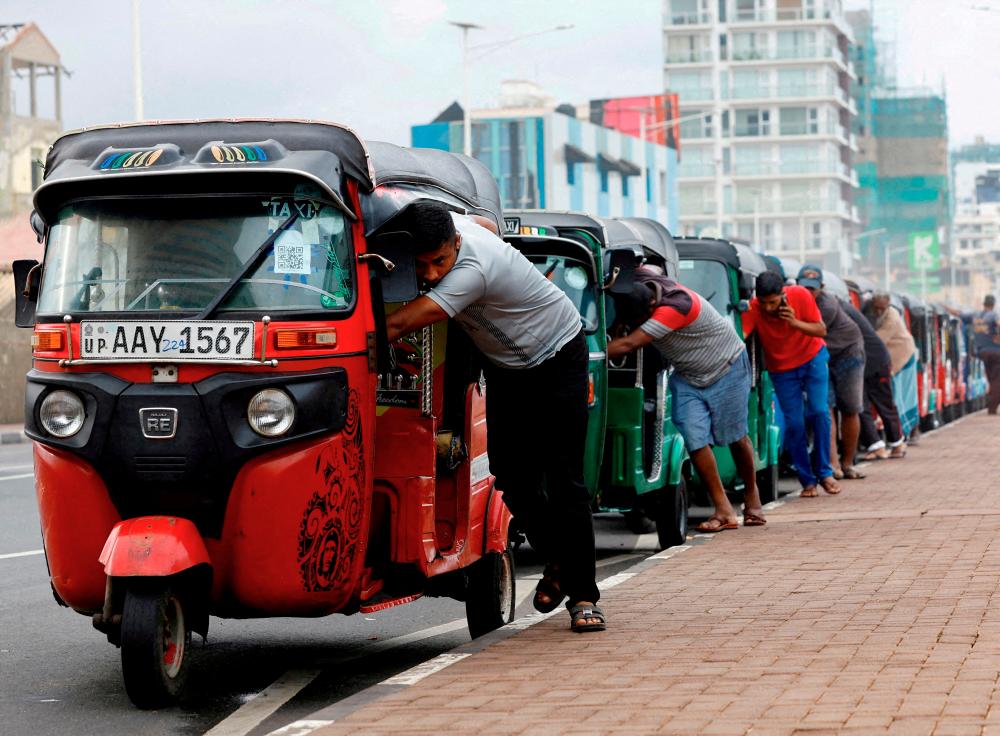 Drivers pushing auto rickshaws in a line to buy petrol from a fuel station in Colombo, Sri Lanka, on July 29, 2022. According to a UN report, in 2022, debt servicing accounted for nearly 80% of Sri Lanka’s government revenue. – Reuterspic

UNITED NATIONS: A pessimistic growth forecast for 2023 should not lead to “short-term thinking or knee-jerk fiscal austerity” that could worsen inequality or threaten development goals, the United Nations said on Wednesday (Jan 25) in a report.

This comes as the world economy faced a series of shocks last year including fallout from the pandemic, Russia’s invasion of Ukraine and surging inflation.

Global economic growth is set to slump against this backdrop, from an estimated 3.0% in 2022 to 1.9% this year, the UN said in its World Economic Situation and Prospects report.

But “this is not the time for short-term thinking or knee-jerk fiscal austerity that exacerbates inequality, increases suffering and could put (sustainable development goals) farther out of reach,” said UN Secretary-General Antonio Guterres.

The 17 sustainable development goals (SDG) Guterres referred to were adopted by UN member states in 2015. Their aims include achieving food security, eliminating poverty, and providing access to clean and affordable energy by 2030.

While a summit in New York later this year will assess the progress towards these goals, many are not on track to be met.

Under current economic circumstances “the typical prescription” from economists would be to cut spending, said Hamid Rashid, who led the writing of the UN report.

“Governments will be often asked to tighten their belts,” he told AFP.

“Our key message in the report is that governments in developing countries especially ... must avoid austerity,” he said, adding that this would be “extremely detrimental” for development goals.

As restructuring becomes tough when a country defaults on its debt, it is better to do so before a default, he said.

The UN is also concerned about risks of a fall in development aid.

War in Ukraine and future reconstruction “will divert some resources”, Rashid said, warning of a huge setback for low-income countries.

In September, the UN Development Program estimated that an unprecedented array of crises has set human progress back five years. – AFP