US FTC sues to block Microsoft's US$69b buyout of Activision 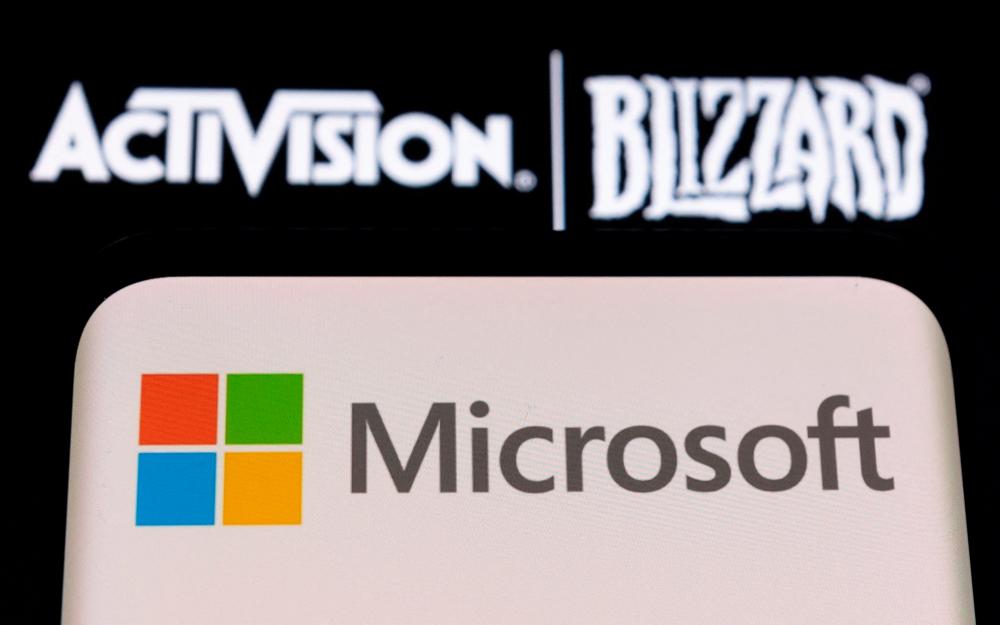 The Microsoft logo is seen on a smartphone placed on displayed Activision Blizzard logo in this illustration. – Reuterspic

WASHINGTON: The US Federal Trade Commission on Thursday (Dec 8) sued to block Microsoft’s US$69 billion (RM303.7 billion) buyout of gaming giant Activision Blizzard, maker of the blockbuster “Call of Duty” title, over concerns that it would stifle competition.

The lawsuit marks one of the biggest ever interventions by the US government to stop consolidation in the tech industry and raises significant doubts on the future of the transaction.

“Today we seek to stop Microsoft from gaining control over a leading independent game studio and using it to harm competition in multiple dynamic and fast-growing gaming markets,” said Holly Vedova, director of the FTC’s Bureau of Competition.

The move by Washington follows an intervention by the European Union, which opened an in-depth probe into the transaction over its concerns that the deal would see Activision Blizzard's popular games become exclusive to Microsoft, the maker of the Xbox console.

In January, Microsoft – which also makes its own games to be played on PCs and mobile devices -– announced the takeover that would create the world’s third-biggest gaming company by revenue.

The FTC said Microsoft had a proven history of buying up smaller gaming companies only to make the games exclusive to Microsoft – and thus inaccessible to rivals such as Nintendo or Sony.

This would be a significant change for Activision that currently has a strategy of offering their games on a variety of platforms.

Microsoft had earlier this week made moves to satisfy concerns by announcing that it would bring the “Call of Duty” franchise to Nintendo Switch, a rival of Xbox. This followed an earlier decision to make “Call of Duty” available on Sony’s PlayStation.

“We continue to believe that this deal will expand competition and create more opportunities for gamers and game developers,” said Microsoft president Brad Smith in a statement.

“While we believe in giving peace a chance, we have complete confidence in our case and welcome the opportunity to present our case in court.”

Bobby Kotick, the head of Activision Blizzard, told company staff that though the lawsuit “sounds alarming ... I want to reinforce my confidence that this deal will close”.

The allegations “don’t align with the facts, and we believe we’ll win this challenge”, he said.

The FTC is led by Lina Khan, who had been an advocate of breaking up the biggest tech firms before she was nominated by President Joe Biden to the job.

Last year, the FTC refiled a lawsuit accusing Facebook of maintaining an illegal monopoly in social networking, reviving the case two months after it was dismissed by a federal judge.

That lawsuit, which could take years to go through the courts without a settlement, called for the court to order “divestiture of assets”, including WhatsApp and Instagram, to restore competition.

A separate US antitrust action has been filed against Google, and Apple and Amazon are also in the crosshairs of antitrust enforcers. – AFP