US stocks end mostly down after choppy session 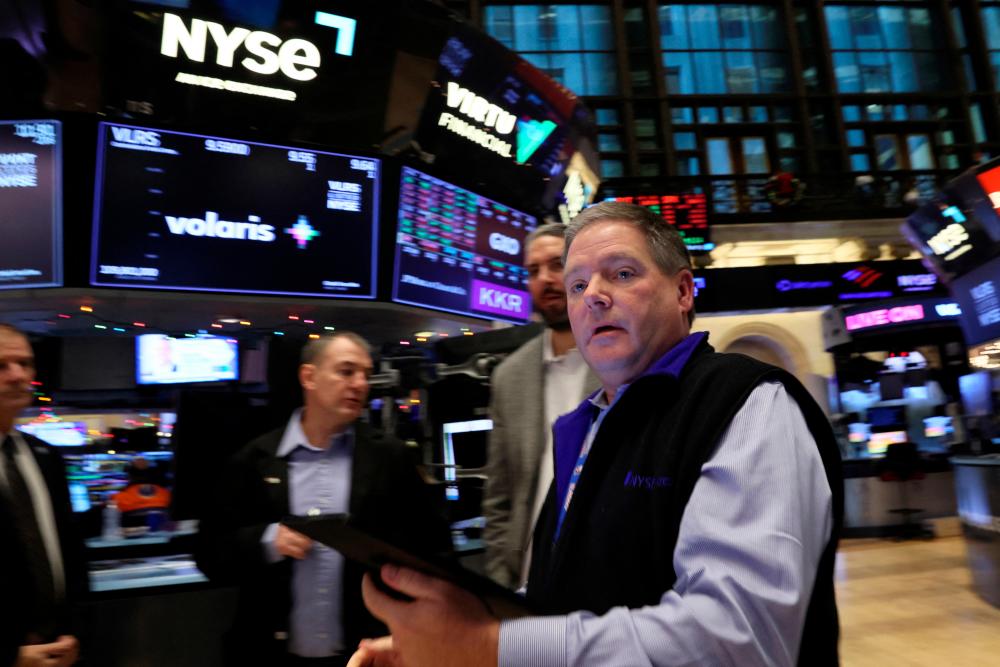 Traders working on the floor of the New York Stock Exchange on Wednesday. – Reuterspic

Analysts described the market movements as reflecting hesitancy, ahead of closely-watched consumer price data next week and a Federal Reserve (Fed) decision on monetary policy.

On Wednesday, the Bank of Canada raiseed its key lending rate by 50 basis points to 4.25%, but hinted that this was likely to be its last rate increase for now.

Markets are hoping for a similar pivot at next week's Fed meeting.

For the benchmark S&P 500, it was the fifth straight session that it has declined, while the Nasdaq finished down for the fourth time in a row. The Dow snapped a two-session losing streak, as it ended unchanged from the previous day.

The Nasdaq was dragged down by a 1.4% drop in Apple Inc on Morgan Stanley's iPhone shipment target cut and a 3.2% fall in Tesla Inc over production loss worries.

“It feels like we’re in this very uncertain period where investors are trying to ascertain what’s more important, as policymakers are slowing down on rates but the data is not playing ball,” said Craig Erlam, senior market analyst at Oanda.

“The market is trying to balance the headwinds and the tailwinds and this is causing some confusion.”

Among individual companies, Campbell Soup jumped 6.0% as it lifted its full-year targets, citing strong demand for its food products and improvements in managing its supply chain.

Lowe's rose 2.4% as the home-improvement retailer announced a new US$15 billion stock repurchase authorisation at an investor conference.

Carvana Co had its worst day as a public company, losing nearly half its stock value, after Wedbush downgraded the used-car retailer’s stock to “underperform” from “neutral” and slashed its price target to US$1.