Vincent Tan plans to list U Mobile by 2020, to delist Berjaya Land 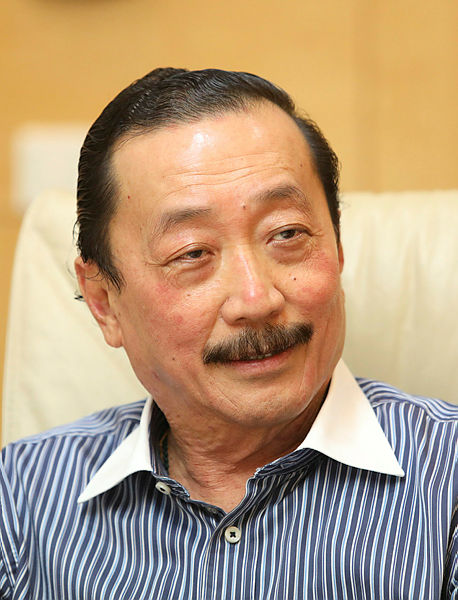 Speaking at a press conference, Tan said the listing of U Mobile will take place either in 2019 or latest by 2020. He noted that U Mobile, which has transformed the local mobile space with competitive pricing, is ready for listing with its positive earnings before interest, taxes, depreciation and amortisation (ebitda) and good customer base.

The group is also weighing the possibility of delisting BLand on Bursa Malaysia, which will then be listed on the Singapore stock exchange.

As for Berjaya Media Bhd, Tan said a profitable private company will be injected into it as part of its regularisation plan to be uplifted from Practice Note 17 (PN17) status before considering a privatisation exercise.

Tan expressed his optimism on BCorp’s business outlook in the coming year.

“We have some good positive things going on. For example, we have the environmental business, our sanitary landfill (for which) we are making headway overseas. We are constructing one in the Philippines now and are going to be building several there. We are also looking at Vietnam and a few other countries,” he said, adding that the environmental business holds bright prospects for the group.

Tan also said that he is planning to sell a prime asset – the Four Seasons Hotel in Kyoto, Japan, which could bring in a gain of disposal of US$350-400 million (RM1.46-1.67 billion) if the deal materialises.

“I think in the next 60 days, we are going to conclude that. I think we will do very well in the investment, we will make a big profit. This is the plan (but it is) subject to confirmation.”

Meanwhile, BCorp, which is working with the Pahang state government via a joint venture to develop an airport on Tioman Island, is hoping to secure approvals from the government in the next few months.

Terming this as a viable business, Tan said this will transform the island’s tourism scene while bringing in more investments.

Commenting on the gaming industry, Tan noted that sales of Berjaya Sports Toto Bhd have increased and will double if the illegal bookies are weeded out. He added that being the sole operator in Vietnam, the long-term prospect for its gaming and lottery unit in the country is good.

Speaking of Berjaya Food Bhd, Tan said there will be more Starbucks stores to be opened and business for the chain has been profitable.

Meanwhile, the revamp of the menu of Kenny Rogers Roasters has turned out well, with the restaurant chain recognising better sales.

Quartararo aiming to bounce back in Misano

Quartararo aiming to bounce back in Misano

3.Quartararo aiming to bounce back in Misano