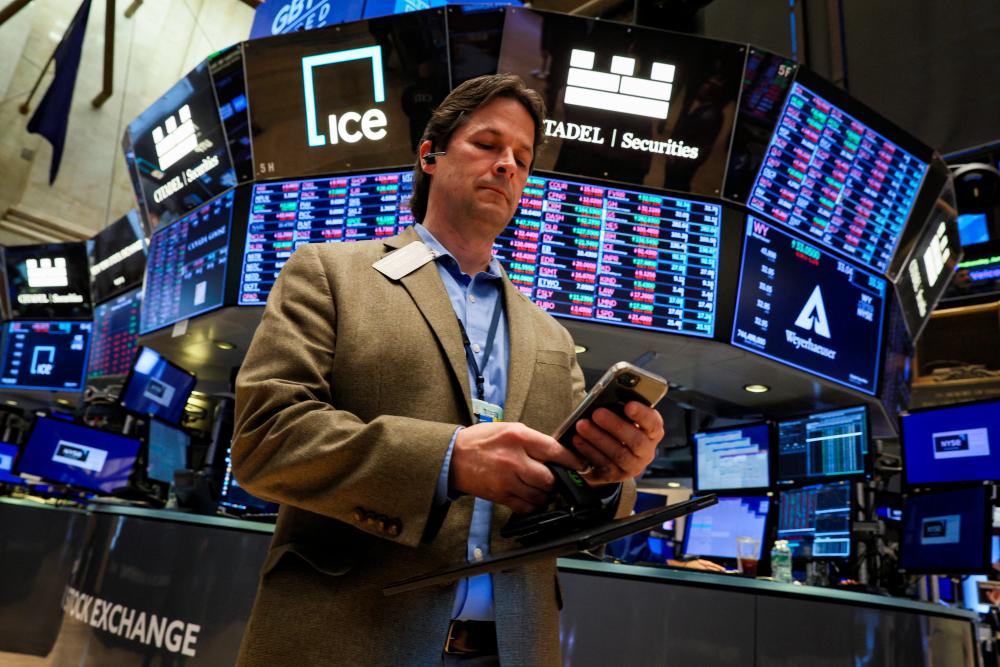 A trader working on the floor of the New York Stock Exchange yesterday. REUTERSpix

The energy sector, which has been a strong performer this year, fell 4.2% as oil prices slid. Declines in ExxonMobil, Chevron and Conocophillips were the biggest individual drags on the S&P 500.

A 0.4% decline in the heavyweight technology sector also weighed.

After opening lower, major US indices had erased losses following Powell’s testimony before a Senate committee, but then they faded into the close.

Powell said the Fed is “strongly committed” to bringing down inflation that is running at a 40-year high while policymakers are not trying to cause a recession in the process.

Investors are trying to assess how far stocks could fall as they weigh risks to the economy with the Fed raising rates to tamp down surging inflation. The S&P 500 earlier this month fell over 20% from its January all-time high, confirming the common definition of a bear market, with the benchmark index last week logging its biggest weekly percentage drop since March 2020.

“Markets continue to be volatile,” said King Lip, chief strategist at Baker Avenue Asset Management in San Francisco. “Certainly we are not out of the woods yet ... the concerns are still there.” – Reuters