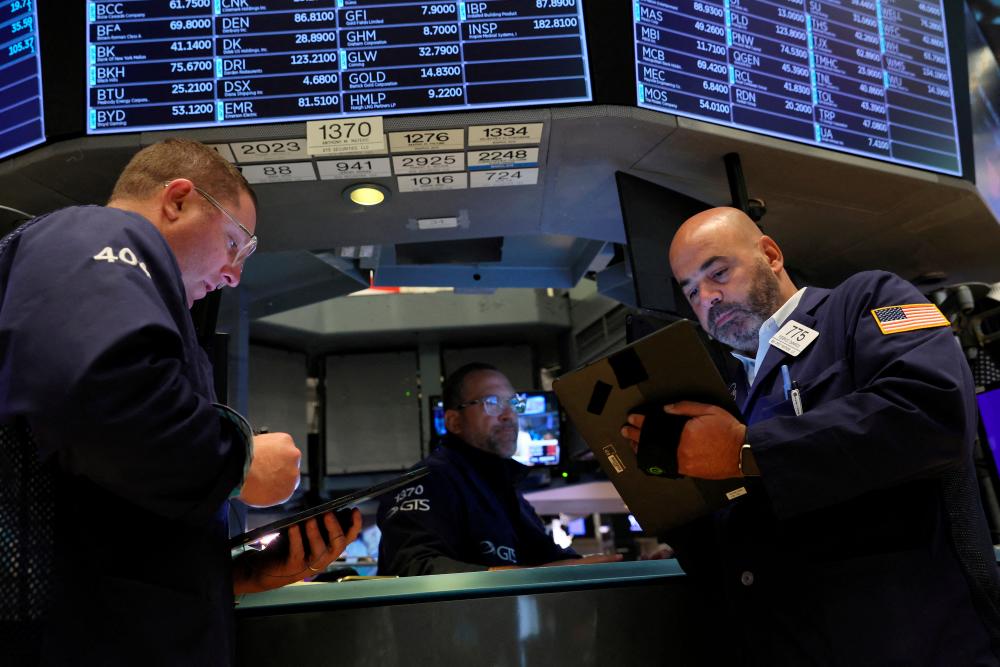 The S&P 500 recorded its first gain in seven sessions on Wednesday, Sept 28. – Reuterspix

The S&P 500 recorded its first gain in seven sessions after closing on Tuesday at its lowest since late 2020.

Interest rate-sensitive megacaps Microsoft, Amazon and Meta Platforms rallied as the yield on 10-year Treasury notes fell over 0.26 percentage point in its biggest one-day drop since 2009.

Pushing yields lower on Treasuries with maturities six months and longer, the Bank of England said it would buy long-dated British bonds in a move aimed at restoring financial stability in markets rocked globally by the fiscal policy of the new government in London.

“The yield on the two-year Treasury has gone up persistently over the course of the last several weeks, and for the first time we’ve seen it go down for two days in a row, and that has given equities a breather,” said Art Hogan, chief market strategist at B. Riley Wealth.

Investors have been keenly listening to comments from Federal Reserve officials about the path of monetary policy, with Atlanta Fed president Raphael Bostic on Wednesday backing another 75-basis-point interest rate increase in November. The Fed will likely get borrowing costs to where they need to be by early next year, Federal Reserve Bank of Chicago president Charles Evans said.

US stocks have been battered in 2022 by worries that an aggressive push by the Fed to raise borrowing costs could throw the economy into a downturn.

Apple Inc dropped 1.3% after Bloomberg reported the company is dropping plans to increase production of its new iPhones this year after an anticipated surge in demand failed to materialise.

Eli Lilly & Co, which is also developing an Alzheimer's drug, jumped 7.5%, and it was among the biggest boosts to the S&P 500 index. – Reuters