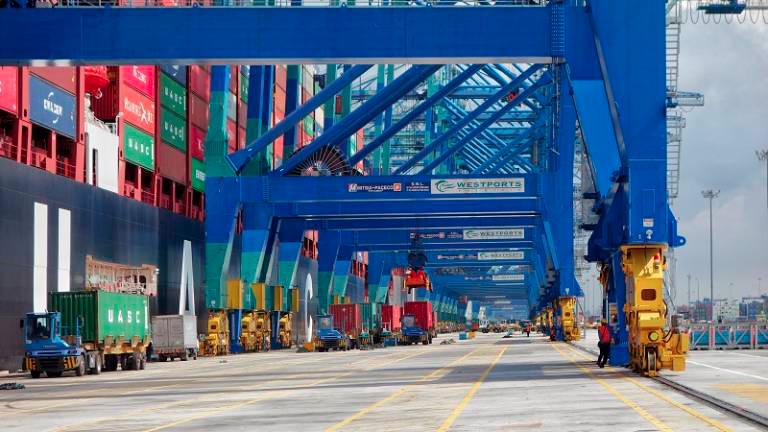 Revenue, however, was higher at RM510.98 million from RM505.07 million amid growth in the container revenue, according to its Bursa Malaysia filing on July 28.

Separately, in a statement, Westports said its container segment handled a throughput volume of 4.88 million twenty-foot equivalent units (TEUs) and accommodated a total of 3,820 vessels in the first half of this year.

These adverse challenges are being compounded on top of the unresolved supply chain constraints and pandemic-induced port closures at various points in time in the Far East.

Westports said the intensifying headwinds contributed to a reduction in the transhipment containers handled to 2.97 million TEUs.

He said the new Liquid Bulk Terminal 5 (LBT5) jetty has accommodated its first very large gas carriers, and subsequent to that, the first commercial liquefied petroleum gas (LPG) throughput was discharged into the recently built facilities.

The stored LPG at Pulau Indah caters for regional customers’ requirements, he said.

Going forward, Ruben said it is increasingly more challenging to maintain an identical container throughput in the current year amid the ongoing disruption in the supply chain, soaring inflation, zero covid policy in China and conflict in Europe that are not conducive to global economic growth. - Bernama PM meets the president of UAE in Abu Dhabi

1.Embassy warns not to bring cannabis from Thailand

5.Indonesia disburses US$1 million in aid for Pakistan’s flood victims