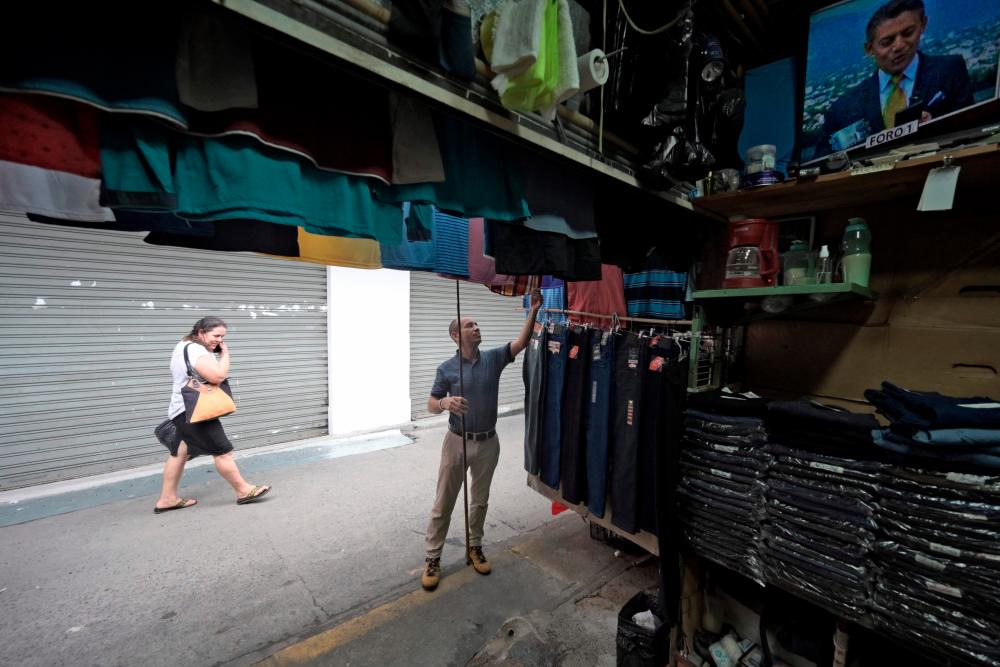 Shop owners accept payments with bitcoins as the law orders in El Salvador, but as soon as they receive them, they exchange them for dollars to evade the global drop of this cryptocurrency. AFPPIX

WASHINGTON: The impact of soaring food and energy prices from the Ukraine conflict might make it difficult to avoid a global recession, World Bank President David Malpass said on Wednesday.

“As we look at the global GDP, it’s hard right now to see how we can avoid a recession,“ Malpass said during a discussion on the world economy hosted by the US Chamber of Commerce, reported Sputnik.

Malpass said Europe had become very dependent on energy supplies from Russia and the West’s sanctions on Moscow due to the Ukraine war and resultant squeeze on Russian oil and gas exports had caused “a substantial slowdown in Europe”.

Besides oil and gas, Russia was also a major supplier of fertilisers made from natural gas, Malpass noted.

“As natural gas of the world is diverted toward Europe it draws away from countries’ production of fertiliser elsewhere, and that’s affecting the crop cycle,” he said.

Malpass pointed out that the reduced availability of fertiliser was another strain on the economies in the European bloc.

The global economy grew by 5.7 per cent in 2021 and is forecast to grow by just 3.2 per cent this year, Malpass said in April. - Bernama 3.Asia stocks mixed, oil down as traders fret over recession