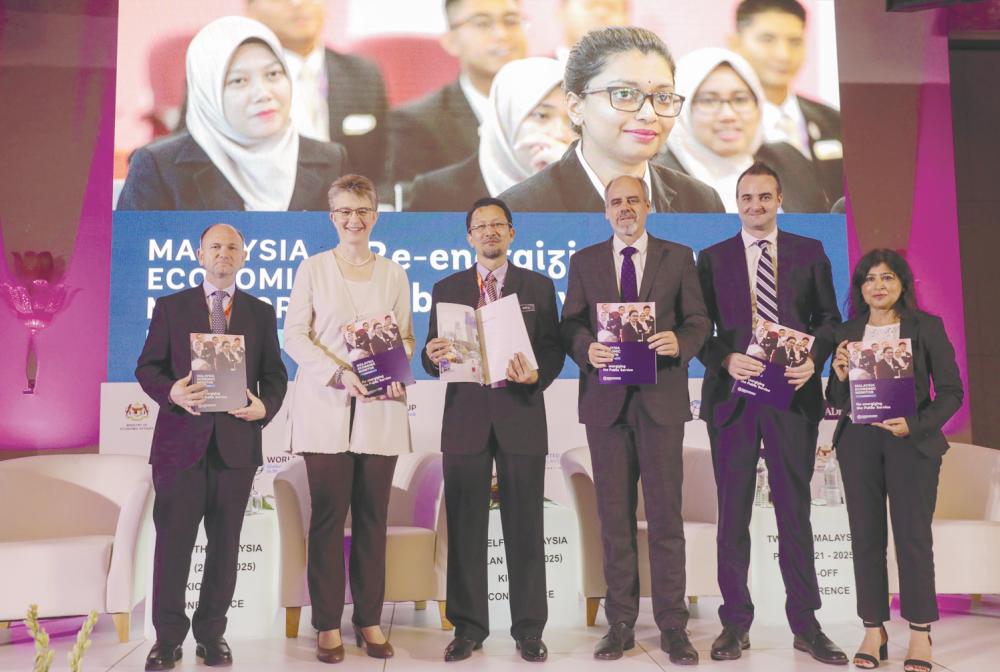 PUTRAJAYA: The World Bank has trimmed its forecast for Malaysia’s 2019 economic growth to 4.6% from 4.7% earlier, due to weaker-than-expected investment and export activity in the first quarter.

World Bank Group lead economist Richard Record said it is maintaining its forecast of 4.6% for 2020.

“We’re still optimistic that we’ll see a recovery in global trade flows. We expect to see global growth returning closer to its trend rate by 2020 and the technology sector would also begin to move up again by 2020. 4.6% is around Malaysia’s potential rate of growth at this stage and this development,” he told a press conference at the launch of World Bank Group’s “Malaysia Economic Monitor on Re-Energising the Public Service” report in conjunction with the 12th Malaysia Plan: Kick-off Conference here today.

Given Malaysia’s deep financial and trade integration with the global economy, unresolved trade tensions, heightened protectionist tendencies among major economies, a sharper-than-expected slowdown in larger economies, as well as volatility in financial and commodity markets pose risks to growth in the near term, according to the 20th edition of the Malaysia Economic Monitor.

With an uncertain external environment and subdued business confidence, the report said, policy actions should aim to strengthen fiscal buffers, facilitate private investment and ensure adequate social protection for lower-income households. In the medium term, bold reforms and measures are needed, particularly to boost human capital and to increase the level of public sector revenues.

At present, Malaysia’s revenue from personal income taxes and consumption taxes both fall well below the average levels seen in other upper middle-income economies and high-income countries. Record said reforms to widen the tax base should be accompanied by measures to expand and improve the existing social protection system to boost resilience and protect the vulnerable.

“Malaysia collects around 2.2% of GDP (gross domestic product) in personal in-come taxes, about a quarter of the average in high income economies. Over time, if Malaysia seeks to provide an increased range in quality of public services and aspires to become a high-income economy, then over time, Malaysia will need to collect more in personal income taxes,” he said.

“Malaysia’s debt, while elevated, is certainly manageable. Over the medium term, it’s important to rebuild Malaysia’s fiscal buffers, both in terms of the deficit and level of debt, so that there is more space to absorb shocks if they hit the economy in the future,” Record said.

The report said Malaysia remains on track to achieve high-income economy status by 2024. Malaysia’s GNI per capita stood at US$10,460 in 2018, US$1,915 below the thresh-old of US$12,375 that the World Bank defines as high-income country status. The latest World Bank projections indicate that Malaysia could exceed the threshold some time between 2021 and 2024.