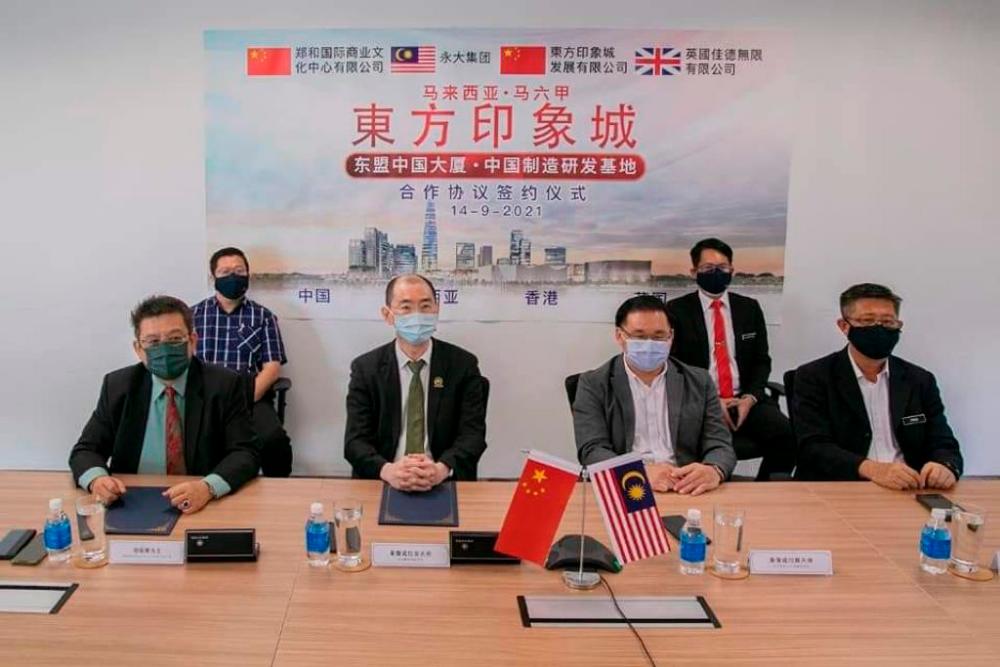 PETALING JAYA: Yong Tai Bhd (YTB) has received backing of its new partners from China to resume the development of its 100-acre land “Impression City” in Malacca following a delay due to the Covid-19 pandemic.

YTB has entered into a collaborative agreement with various parties including Opustique Infinity Ltd (OIL), Cheng Ho International Trade Centre and Culture City Centre Sdn Bhd and Oriental Impression City Development Sdn Bhd, which would see the restart of the development of Impression City that was affected by the movement control order (MCO) imposed to contain the spread of Covid-19 infections.

YTB CEO Datuk Wira Boo Kuang Loon said this agreement is a sign of recovery for the property development business. It also signifies the restart of the development of Impression City, which was affected by the MCO.

“With backings from our new partners in China, we look forward to expediting the development of our flagship development in Malacca. Our vision of Impression City is in line with our partners from China who have plans to build an 88-storey business tower that comprises of Chinese business and cultural elements. This is in line with the Belt & Road Initiative to enhance the cooperation between Malacca and China in terms of economy, tourism and culture.”

Under the agreement, Chengho and Oriental will collaborate with new investors and state-owned enterprises from China to invest and seek the requisite investment funds to finance the project development. This will help to enhance the group’s vision to transform Malacca city into an international tourism hub.

The initial discussions with the various Chinese partners suggest that interest in the group’s plan to transform Malacca city into an international tourism hub are strong.

“There has been a lot of interest in the Impression City project from our Chinese partners even prior to the pandemic as investors from China are attracted towards our Encore Melaka theatre concept, which focuses a lot on the Chinese culture and heritage. Of course, some of these interests subsided due to the Covid-19 pandemic, which has severely disrupted the tourism industry. However, with the gradual reopening of the economy, we are seeing a reignited interest among investors from China,” Boo added.

OIL, which has appointed Chengho and Oriental under the agreement has identified Malacca and Impression City, as the development is very much aligned with OIL’s initial plan.

OIL has originated the idea and concept of erection of 108 stories of EU-China Tower, which comprises China’s business and cultural element in the heart of London. However, due to the change of government and Brexit in the UK, the project was suspended and OIL has decided to implement the idea in Asean instead.

Boo added that despite the delay in the development of Impression City project amidst the pandemic, YTB has remained committed to its vision to transform Malacca into a tourism hub and real estate hub with its Impression City development.

“The group’s plan to transform Malacca into an international tourism and real estate hub remains intact despite the delay due to pandemic. With the gradual reopening of the economy and tourism activity, we’re confident that our vision for Impression City will materialise,” he said.

2.Whisky company did not apply for labelling advice from BKKM