It’s the most wonderful time of the year, filled with anime releases you won’t want to miss 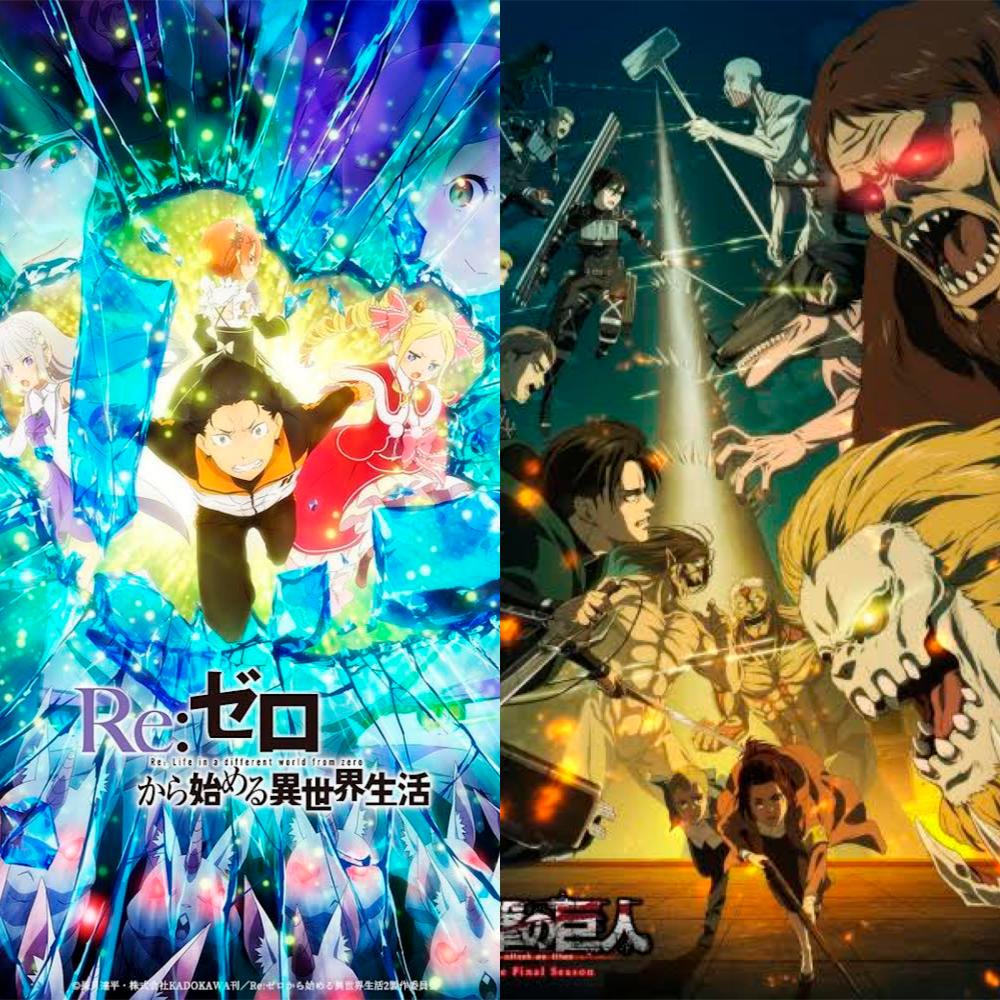 ALTHOUGH the year is coming to an end, the anime industry has been fuelling its fans with the latest and renewed seasons of their favourite animes. Although the market size in 2020 reduced to 3.5% compared to 2019, the demand for anime shows this year is still running high, especially from foreign countries. Here are a list of anime that are guaranteed to keep your eyes glued to your screen.

This highly anticipated anime had fans losing their mind during season one’s release. In season two, Subaru insists on saving everyone he can as he makes it through the timeline despite Otto’s stern speech.

He starts by vowing to help Emilia get over her past. However, it is easier said than done. After feeling like she has been lied to, Emilia starts having trouble trusting people, including Subaru.

Re:Zero Kara Hajimeru Isekai Seikatsu 2nd Season Part 2 will also show audiences the climax of Subaru’s experiences with the Sanctuary and its people.

Attack on Titan: The Final Season

Attack on Titan, Season 4 Part 2 is expected to ramp things up in Paradis Island on Jan 2022 and it’s definitely going to be intense. With a lot of questions and theories circulating, fans are eagerly waiting for the conclusion to the War for Paradis Arc and the main protagonist, Eren Jaeger’s fate. In the last episode of Part 1, the all-time favourite character, Levi Ackerman left fans hanging when he showed uncertainty on whether he will be killing the Titan in the next arc.

The final season is going full throttle until April 2022. Be prepared to get blown away with Hajime Isayama’s plot twists that will finally come to an end.

Set in the land of Britannia, Dragon’s Judgement focuses on the end of the second Holy War. The Arc Angels gear up with the forces of Liones to end the war. Meanwhile, the Seven Deadly Sins go their separate ways to defeat the enemy force. Ban ventures into the abyss of Purgatory to search for Meliodas’s emotions and bring them back, while the others try to rescue Elizabeth who has been kidnapped by Estarossa and must face three powerful enemies.

The adventure of the Seven Deadly Sins and their fans gets more interesting as they team up with the Arc Angles to chase after Estarossa, and stop Meliodas from becoming the next Demon King.

In the second season, Senku Ishigami aims to retrieve two million years of human achievement and restore those who were turned into statues. But Tsukasa Shishiou thinks that only the fittest should be revived.

As Senku and his allies prepare for their attack on the Tsukasa Empire, it will be a race against time. Senku and the Kingdom of Science must join forces to stop Tsukasa in order to fulfil their goal of reviving humanity and its creations.

Another highly anticipated anime is Demon Slayer: Kimetsu no Yaiba. The second season picks up where it left off, and will be following Tanjiro Kamado to Japan’s red-light district to hunt down a demon that has been causing a nuisance in the area.

Meanwhile, Tanjiro’s new friend has a personal connection to this mystery, which makes him more motivated to solve it. This monumental hit also introduces a new demon named Daki, the Upper-Rank Six demon, who Tanjiro and his friends have to confront.

This manga smash hit is finally getting its own anime series! Chainsaw Man tells the story of a teenage boy named Denji who lives his everyday life working off a debt to the yakuza left by his father as a devil hunter.

Denji has nobody by his side except his chainsaw dog named Pochita. When he almost dies, he decides to make a deal with his demon dog in order to stay alive – and becomes Chainsaw Man.