A comeback to remember

A look back at GOT7’s discography, from their electrifying debut to their independence and return to music 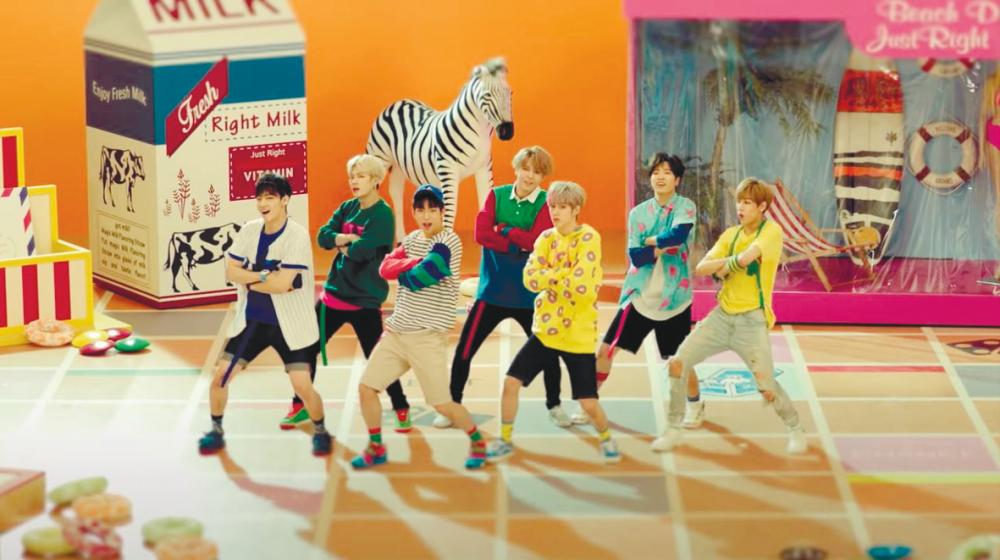 AFTER a long wait for their upcoming album, GOT7 – the seven-member boyband formed in 2014 – recently announced that they will be having their first comeback since officially leaving their previous agency in early 2021.

After almost seven years in the business, the boys – comprising Jay B, Mark, Jackson, Jinyoung, Youngjae, BamBam and Yugyeom – have gone through highs and lows, and now, they are ready for their next new chapter. But before that, let’s take a look at their history and how it all started.

Before GOT7, there was JJ Project. The duo, Jay B and Jinyoung, were cast into JYP Entertainment and debuted on May 21, 2012. Both of them became JYPE trainees in 2009 after passing open auditions.

One year after they became trainees, Mark and BamBam were scouted by JYPE scouts in 2010 in two different parts of the world. Being a multinational group. Having members from various countries – Mark hailed from Los Angeles, BamBam from Thailand, and Jackson passed JYPE’s overseas audition in Hong Kong – allowed them to communicate with their fans better at concerts and events, and gave the group a global appeal, further appealing to a wider audience.

In 2017, JJ Project released Verse 2, an EP of self-composed, self-written songs about the anxieties of youth. At the end of the year, Verse 2 was chosen as the fifth best K-Pop album of 2017 by Billboard and was nominated in the album division at the Golden Disc Awards.

Two years later, JYPE revealed that Jus2 would become GOT7’s second subunit, consisting of Jay B and Yugyeom. With the release of their music video for the track Focus on Me and their debut album Focus, Jay B explained that Jus2 was more fun and enjoyable while JJ Project’s last release was heavier, more sincere, and it was an album that made you think about a lot of things. Eventually, Jus2 would show a more sensual side of the duo with songs of slower tempos.

In simple terms, a sub-unit is a smaller group formed of members from a larger group and the newly-formed mini-group will have separate music releases and promotions under the new entity.

Multifaceted boys and their debut

Besides JJ Project, Jay B and Jinyoung also made their debut as actors in the 2012 television drama Dream High 2. They debuted as a musical duo with the single Bounce and the duo appeared again as actors for the 2013 drama, When a Man Falls in Love.

Meanwhile, Mark, Jackson, BamBam and Yugyeom prepared for their debut together as a quartet and made their first television appearance on the fourth episode of Mnet’s reality-survival programme Who is Next: WIN, which aired in 2013.

Eventually, JYPE announced that the group will be debuting GOT7 as their first boy group since 2PM in 2008, with Youngjae being the seventh and final member to join the group after being a trainee for seven months in 2014.

When they first debut, GOT7 incorporated much martial arts tricking and b-boying styles in their performances and their dance style drew comparisons to their senior group 2PM, who were well known for their acrobatic dance styles.

Even so, when GOT7 released their first EP Got It? in January 2014, the album shot to number one on Billboard’s World Albums Chart and number two on the Gaon Album Chart. GOT7 made their official music programme debut on Jan 16, 2014, through Mnet’s M Countdown, performing their debut single Girls Girls Girls. In June that year, GOT7 released their second EP, Got Love, with its title song A, which was written and produced by J.Y. Park.

The group didn’t win their first music show until late 2015 with their If You Do comeback. The title track on their mini-album MAD was a complete 180 from Just Right, giving the boys a more intense aura. The darker concept was a first for the group, and the contrast between that fierce concept and the otherwise soft and playful personalities of the members really solidified their talents and helped propel them into the public eye.

In 2016, GOT7 announced their comeback with Flight Log: Departure, kicking off a trilogy that would last into the next year. With the release of Hard Carry, the group drove Aghases (the name for GOT7 fans) deeper into a more intense lore, and Flight Log was a significant turning point for the group for a number of reasons.

The septet began to gain more respect among the community when it became clear that each of the members took part in the songwriting process and possessed significant musical talents.

The final instalment of the series was Flight Log: Arrival with title track Never Ever soared to the top of the charts in Korea and the US, but direction for the group became unclear after the conclusion of the trilogy since it seemed that they had reached their peak in the industry. However, after the release of the tracks 7 for 7 and You Are, which was co-written by Jay B, it topped the charts in Korea and their music style began to evolve again in 2018, with title track Look having a trance and EDM influenced melody that was distinct from previous title tracks.

They continued their experimental movement with the next comeback Lullaby, which was the first K-Pop song to be released in four different languages: Korean, Chinese, English, and Spanish.

When 2019 came, it marked a transition for the group. Jackson began to be more active in China’s entertainment and releasing solo music along the way. Meanwhile, BamBam began to work on solo music back in his homeland Thailand.

The end of 2019 was marked by the release of the album Call My Name and title track You Calling My Name, which marked a switch from their usual high-intensity sound into a softer, R&B retro influence.

Their Last Piece and departure from JYPE

By 2020, the group released their 11th mini-album Dye and title track Not By The Moon and by the end of 2020, GOT7 released their fourth studio album, Breath of Love: Last Piece, along with its lead single, Last Piece.

Most fans were not surprised by GOT7 not renewing their contract, as they felt the group was slowly getting forgotten by their label and were not being properly promoted. Instead, other JYPE groups such as ITZY, Twice, and Stray Kids were the main focus of the company.

Fans were certain that the group would be disbanding and would be affected by the seven year curse.

The day their contracts expired, all members posted the same picture on their personal social media accounts with the hashtag #GOT7forever. Two days later, Jackson went live for the first time since the rumours of the group disbandment and did not mention anything regarding the rumours.

In fact, GOT7 released a special seven-year anniversary video on their Youtube channel and all the members posted on their social media accounts to thank fans for their journey together and to look forward to what was to come.

Aside from their group’s achievements, many of the members were not given the creative liberty or freedom to do solo opportunities. With seven years of experience under their belts, Jackson was the only one who released a solo album and that was only because he took matters into his own hands and produced it under his own label team.

The group was thought to have been severely held back from their full potential and it was known that the company has blocked numerous opportunities for the boys, ranging from canceling acting jobs to shutting down the ideas of solo albums multiple times.

It was also rumoured that there were times when the members would share their music and get rejected in seconds. Jay B had even shared that he had to change the lyrics for their title track Eclipse more than 20 times and that there were at least 15 different versions of the song.

Unsurprisingly, the stress took a toll on their health and at one point, fans had to help the group promote their comeback by buying ads for them.

Many fans pointed out that the group seemed like “caged birds unable to fly”, and the fans celebrated the group’s freedom after their contract ended.

While preparing for their long-awaited comeback, the group members kept themselves busy.

Yugyeom held a standalone concert in Berlin last week, which is a first since he went solo, on top of performing in Munich and Oberhausen.

Jackson has also been confirmed to feature in the upcoming animated movie Minions: The Rise of Gru soundtrack with other artists, including Diana Ross, H.E.R., Gary Clarkson, St. Vincent, and many more. At the end of March, he also released his latest theatrical music video for his new single Blow.

Mark recently posed for Harper’s Bazaar Korea’s May issue where he showed his brilliant boyish charms and talked about returning to Korea. He also released a new single in April titled Save Me, following his previous solo releases Last Breath, Lonely and My Life.

BamBam is making a splash on the international iTunes charts with his very first solo Korean OST song, Melting. His highly-anticipated contribution to the soundtrack for the popular new drama A Business Proposal allowed the song to soar to the top of iTunes charts in various countries across the globe shortly after its release.

And lastly, Jay B, the leader of K-pop idol group GOT7, is revealing a whole new side of himself with the Mindset app. In his fifteen-part video series, he will be sharing stories about his family, his battle with anxiety, dealing with depression, and how he came to terms with the expectations and the responsibility of becoming the leader of GOT7.

On May 9, 2022, GOT7 finally dropped their first teaser after a long-awaited comeback.

The group also announced that they will be returning with a self-titled EP on May 23 at 6pm KST (5pm in Malaysia), marking their first official comeback with a new album since leaving JYPE last year.