From vision to reality 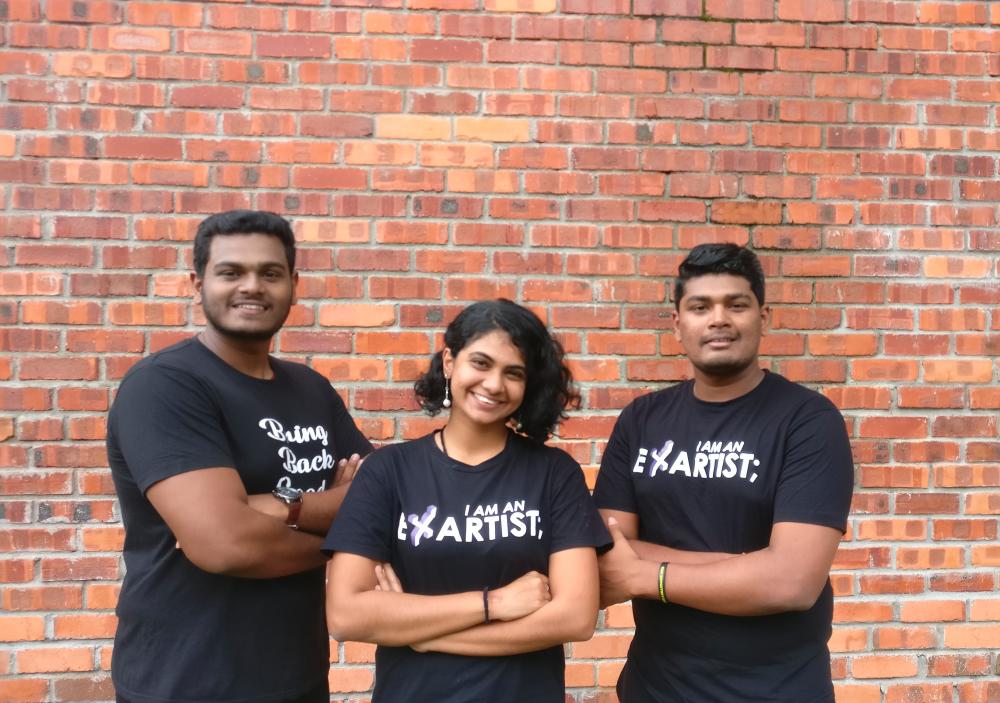 If you’ve seen the fun and quirky Malaysian-themed lenses or filters in Snapchat, chances are they’re made by a local company named ExAR Technologies. The dream to start a company designing augmented reality (AR) experiences happened when Eswaran Mohan and his team created a simple app during an AR competition in their third-year studies in Universiti Teknologi Malaysia.

The experience inspired Eswaran and his business partner, Renuga Nair, to continue exploring the augmented reality industry. Their efforts led them to discover Snapchat’s Lens Studio.

Success wasn’t a quick journey. The ExAR team spent a lot of time planning and designing new Lenses on Snapchat before applying to be a part of the Official Lens Creator programme.

Their hard work paid off and in true Malaysia Boleh fashion, they became the first OLC in Malaysia and Southeast Asia, working and sharing ideas with a community of Lens Creators across the globe.

The team has created quirky lenses such as Hooga Chakka, Boba Tea, and DJ In Space. The three most popular Lenses are Imitate the Emoji, Ketupat Raya and Durian.

Snapchatters try to imitate the emoji expressions the best they can in Imitate the Emoji Lens. In Ketupat Raya Lens, users use a randomizer to guess how much Duit Raya they’ll receive. The Durian Lens was created during the durian season and it makes a burping sound when Snapchatters open their mouths, easily one of the fun Lenses ExAR has made.

In conjunction with National Day, the ExAR team has designed four Merdeka-themed Lenses named Bingo, The MY Shades, Merdeka Quiz, and Find MY Thing.

In Bingo Lens, Snapchatters have to circle the things they did as a kid during Merdeka month. The answer choices are randomized so there’s a good level of replayability.

2. The MY Shades Lens

The MY Shades Lens was inspired by ExAR’s popular batik-inspired Floral Lens and the Jalur Gemilang-inspired attires. This way, fellow Malaysians can sport colourful sunglasses while celebrating the Merdeka month.

The Merdeka Quiz Lens was inspired by Snapchatter’s love to answer trivia. This Lens tests how much one knows about Malaysia’s National Day. While it sounds easy, users have to answer all 10 questions within 5 seconds!

The Find MY Thing Lens is similar to the game of “I Spy.” The game-like Lens randomly stops at something for Snapchatters to find and they win a score by taking a picture of the item by tapping the screen.

After having tons of fun working on the augmented reality space, the team wanted to share their experiences and open a new world to the younger generation. To do that, they have organised several workshops and talks to teach youths how to create their own Snapchat lenses. This effectively enabled youths to learn a theoretical subject in an enjoyable and hands-on way.

“Although AR is mainly used for marketing purposes right now, we expect it to become a visualization tool in various fields including education, construction and even in the medical field. Having the right digital skills is going to be essential to build the future of how we learn and consume information. With the workshops and tutorials we conduct, we want to work towards building a community that thinks beyond their limits,” ExAR said.

To youths who want to go into the digital creative industry and AR but feel that they’re lacking in the skills, ExAR encourages everyone to try and to look out for resources out there such as Youtube tutorials, OpenLearning courses by Snap, engaging in creator communities and collaborating with their peers to bring their ideas to life.

“There are no shortcuts but with perseverance, practice and commitment, you can go the distance,” ExAR added. Eswaran once found it tough because he lacked coding skills but was encouraged by his friend Renuga to continue building his skills and explore the AR space.

With such colourful and hilarious lenses, I might just download Snapchat again just to use ExAR’s Lenses. Selamat Hari Kebangsaan to all and remember to show your Malaysian pride with the Merdeka lenses!

To get the special Merdeka lenses, just scan the codes above using your Snapchat App.