Four celebrities who have remained the best of friends 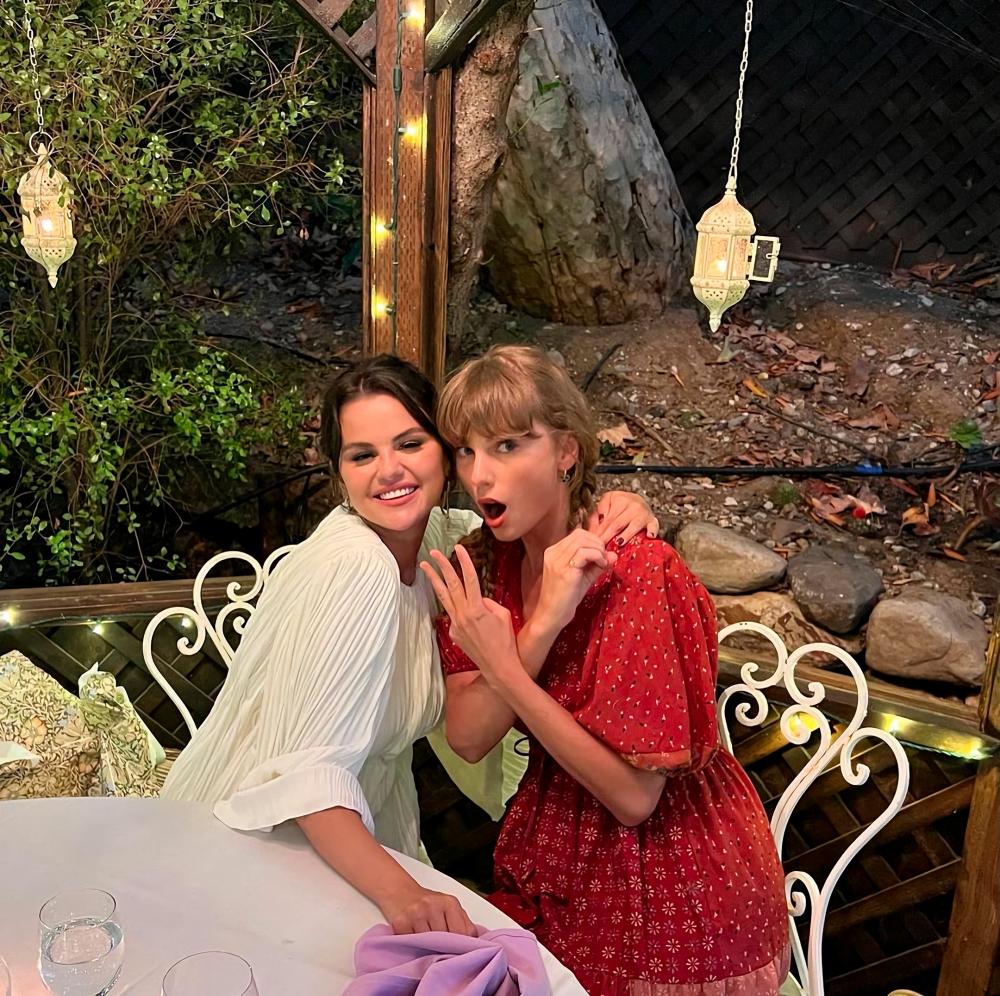 Friendship can do wonders for your life. — SELENA GOMEZ

A GOOD fulfilling friendship can do wonders for your life. Having a good friend around to cheer you up or motivate you not only enriches your life but also has positive impact on your health and well-being. However, forging and maintaining a friendship can be difficult as we grow older.

Due to our growing responsibilities and different priorities, it can be easy to lose touch and grow out of our friendships. I mean, just think of the many friends from high school you have not spoken to in ages. And celebrities are no exception to the rule.

In fact, friendships can really be a fickle thing for many prominent figures. But not all hope is lost, as these following celebrities prove that quality and lasting friendships still do exist. Here are four celebrities who have stuck through thick and thin for each other.

This pair first met backstage at a Jonas Brothers concert in 2009. At the time, Gomez was dating Nick and Swift was dating Joe. Upon meeting one another, the two women immediately forged a close bond.

The duo are indeed still the best of friends even after calling it quits with the two brothers. Gomez for instance recently uploaded a picture of the two at her 30th birthday celebration.

“[Thirty], nerdy and worthy,” wrote Gomez underneath the cosy picture.

As for Swift, the songstress has referred to Gomez as her “sister” multiple times during interviews. In her 2020 Wall Street Journal interview, Swift expressed how she feels protective over Gomez.

“There has always been this quality of sisterhood, and I don’t say that in a basic way,” said Swift.

She continued: “I knew from when I met her, I would always have her back. In my life, I have the ability to forgive people who have hurt me. But I don’t know if I can forgive someone who hurts her.”

Eminem aka Slim Shady goes way back with Dr Dre. Before becoming the rap legend that he is today, Eminem had initially struggled to break into the rap music scene.

Despite his obvious talent, many labels were reluctant to sign the white rapper. Even Dr Dre who signed Eminem under his label, Aftermath Entertainment, was scrutinised for taking him in.

“I didn’t know how many racists I had around,” Dre recalled. “My general manager had these eight by ten pictures of him, and he’s like: ‘Dre, this boy got blue eyes! What are we doin’?” Fortunately, Dre pushed through and stood by his decision.

Today, the duo continue to remain the best of friends.

Among all the members of Super Junior (SUJU), fans seem to root for the friendship between Donghae and Eunhyuk the most. In fact, the nickname “Eunhae” was created to honour their friendship. Though some guys may be uncomfortable with the attention, the duo seem to not mind it at all.

What’s more, they often display their affection for one another in public. From their ‘skinship’ to their constant bickering, the best pals of 19 years seem to enjoy each other’s company.

As Donghae simply put it, “Being with him is actually a joy to me.”

The singers also enjoy working with one another. Apart from their work as part of Super Junior, Donghae and Eunhyuk have their own sub-unit group called Super Junior D&E. The group was formed in December of 2011.

It was indeed Donghae who propose the idea of forming a duo to SM Entertainment. Rather than performing on stage alone, Donghae felt it was more fulfilling to have a partner on stage and in the studio. He convinced Eunhyuk to join him and the rest is history. To date, the pair have released three successful albums and over 21 singles.

Seventeen years have passed since Sharifah Amani and Ng Choo Seong first graced our screens as Orked and Jason in Sepet. However, the love we have for them has not changed. Even to this day, it brings us great joy whenever we see them interacting together. And from the looks of it, the fellow actors feel the same way!

From time to time, the two take a moment to show their love and appreciation for one another. Whether it be online postings or interviews, it is clear that Sharifah and Ng’s friendship is still going strong after all these years.

“Masing masing ada life sendiri. But once in a while, when we do get to meet, it’s like nothing has changed. Time stops and we’re just Orked and Jason again,” wrote Sharifah in one social media post.