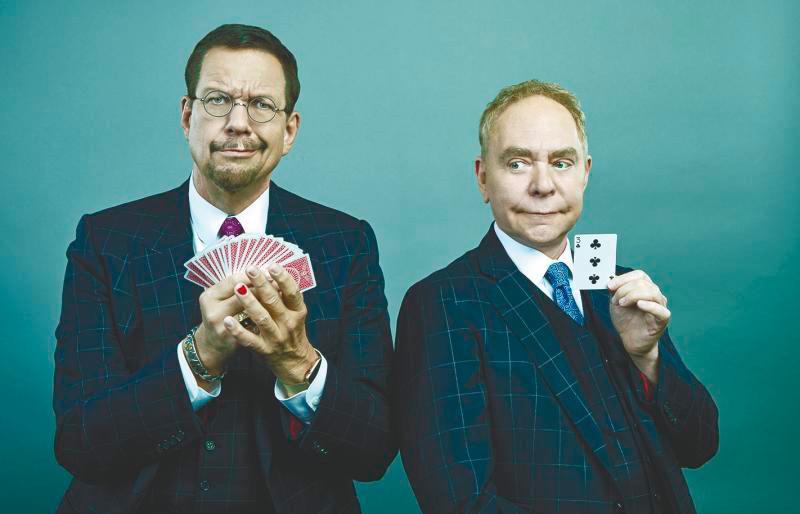 Penn and Teller. – PENN AND TELLER

THE art of magic has long captivated audiences. Magic, formerly supposed to represent true supernatural powers, has been proved in recent decades to be simply trickery, yet we still enjoy the shows and cunning methods in which magicians deceive us. We’ve put up a list of greatest magicians.

They could be successful magicians or not, but the best magicians are not born that way. Mastering magic tricks involves more than just curiosity. It takes a lot of research, study, and practise to perfect each trick. Read on to learn more about them.

Penn and Teller seem to be popular for their TV show Fool Us, in which magicians attempt to perform magic that the dynamic duo cannot explain, which isn’t always easy given the duo’s vast magical expertise. Teller is known for his silent personality, preferring to but leave showman Penn to do the conversing, which adds mystique to their performances as well as comedy.

They are also notorious for revealing the secrets of some of their effects, even those that are their own creations, just to perform a new and more complicated version later.

David Blaine, in contrast to other TV stage magicians, introduced magic to the streets. David performed card tricks, coin magic, and other tiny illusions to ordinary people on the streets rather than in a studio, with no large boxes or glamorous helpers. Furthermore, his acts were more concerned with the reaction of the person with whom he was doing the trick, rather than with the trick itself.

There were no witty comments or comedic asides; it was simply displaying a piece of magic, and waiting for the spectator to respond. Although it appears easy and straightforward, this was ground breaking in 1997 and revolutionised the face of magic on television.

Apollo Robbins is a world-class prankster who incorporates pickpocketing into his magic show. His approach is distinctive and engaging, but that’s not all. He knows nearly all there is to know about magic tricks, including those that have been passed down through generations of magicians.

Apollo Robbins, a master of pick-pocketing, deception, and psychology, refers to himself as the “Gentlemen Thief”; he will take from audiences just to astound them when he returns their belongings. In reality, he rose to prominence by stealing numerous goods from former President Jimmy Carter’s Secret Service personnel (he later returned them), prompting law enforcement authorities to call him and request him to assist them in training against true thieving.

Burton, a passionate stage performer, favoured entertaining live audiences to filming broadcast programmes, but he has participated in a number of TV specials. Even more astonishing, he was named “Magician of the Year” by The Academy of Magical Arts twice, and he was the youngest person ever to win the grand prize in Switzerland’s worldwide Fédération Internationale des Sociétés Magiques (FISM) competition.

Las Vegas hired him for a then-record-breaking 13 years because of his amazing résumé of escapes and deceptions, and his routine was widely regarded as the greatest family act.

Derren Brown, a British magician, has established himself as one of the greatest in his profession. He is well-known for his television series, specials, and live stage performance. Some of these shows have included convincing people that he was psychic!

As a well-known sceptic, he frequently does his performances to demonstrate how fake psychics prey on the helpless by allegedly pretending to talk to their dead relatives. Derren is also a well-known artist, well known for his big caricature drawings of celebrities.

Angel is a controversial person who performs extravagant, dangerous feats like tying himself to the side of a blazing automobile full of explosives, or hanging himself from a moving aircraft with fish hooks through his flesh. He has used television to widespread magic more than any other magicians and is one of the most hugely successful magicians of all time, having three Magic Castle Hollywood magician of the year awards.