Satisfy your food cravings at these top restaurants in Rawang 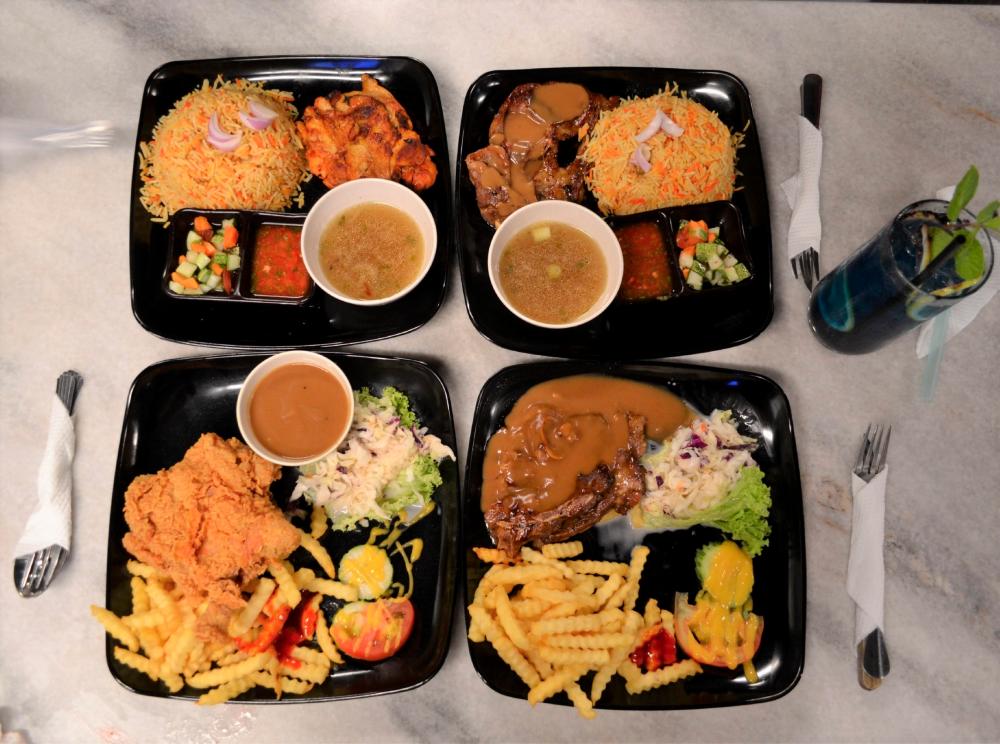 Rawang has evolved into a haven for food enthusiasts. — BUZZ TEAM

THERE is no denying Malaysia’s superiority when it comes to food. Given our multiracial roots, our nation has gained quite a reputation for a being food paradise. In fact, food is among the top attractions when one thinks of Malaysia.

From aromatic Malay cuisines to delectable Chinese dishes, there is always something for everyone. But while many often visit places like Ipoh, Klang or Penang, there is one spot that foodies do not frequent quite as much.

We’re talking about Rawang, a town the northwest of Kuala Lumpur. While it was previously known for tin mining and rubber estates in the past, Rawang has quickly evolved into a haven for food enthusiasts.

Therefore, to check out the good stuff for ourselves, the BUZZ team decided to embark on a food trip to the KL town. Here are three hidden food gems we discovered in Rawang!

Before their renovation in 2019, Restoran Ahmad Afzal was known exclusively for its Nasi Kukus. But since the pandemic, the restaurant had pivoted and expanded its menu. The unforeseen circumstances and drastic increase in customers inspired the owners to venture into different types of cuisines.

Hence, the restaurant now caters to a variety of taste buds. Whether you desire a classic Nasi Goreng Ayam Kunyit or the savoury taste of Tom Yam, Restoran Ahmad Afzal has got you covered! A personal favourite of ours is their latest Western offerings.

Their chicken grilled and chicken chop is definitely something to die for! One bite will surely leave you asking for more. And to top up the experience, we would suggest you accompany the western dish with a cooling strawberry smoothie. The refreshing drink not only makes digestion a lot easier but also gives the perfect aftermath taste.

Aside from its dishes, the restaurant also stands out for its particularity in its cleanliness and tidiness.

In fact, its store’s arrangement sets up for a comfy dining experience, as the tables are arranged to give customers their own space to dine and chat.

An extra bonus is that Restoran Ahmad Afzal provides its Muslim customers with a surau. Both male and female Muslim customers are given the privilege of praying in a well-maintained space of worship.

The founders of Village Restaurant had no prior experience as professional chefs. The father and son founders were initially managing the location as a friendly bird shop. However, things were not taking off, and thus, the pair decided to shift to Chinese cuisine.

And since then, Village Restaurant has been renowned for its authentic Chinese food. Locals and well-known celebrities have frequented the store for its menu of 25 dishes throughout its years of operation.

From our experience dining there, the acclaim is well deserved. Though we must admit, Village Restaurant has two dishes, in particular, to thank for its success. The first one is the Smoked Chicken. And what we liked about it was its texture and taste. For instance, the skin did not taste sloppy and too salty as it was cooked right.

And as for the flesh, it was juicy, tender and tasty. So much so that it blended well with the other dishes even without the ginger dipping sauce.

Though the dish’s aesthetic may appear a bit unconventional, we promised you that its nutritious taste is something you would not want to miss!

Operating Hours: 11am to 9pm (Closed on Mondays)

If you enjoy eating nasi biryani, Ram Bamboo Briyani is a place you must visit! Here, guests get to truly enjoy authentic and tasty biryani in a generous amount. This is especially true if customers pick the shell-out combos, as the package pampers customers with its variable flavours.

But we do have to warn you – to dine in at Ram’s Bamboo Briyani during lunch, you will need to call in for a reservation beforehand. There is always a long queue outside during lunch hour. And according to the founder, this has been quite the norm since 2018.

Before then, Ram’s Bamboo Briyani was operating online for six years. It was only until several customers pushed for a physical store that Ram’s Bamboo Briyani’s decided to go brick-and-mortar. Even then, many were sceptical considering the outlet’s location.

However, the founder pushed through and now it is safe to say it was all worth it. Today, Ram’s Bamboo Briyani is among the top local biryani stores in the country!