The end is near: Interview with The Walking Dead cast

Reminiscing the journey for the past 11 years 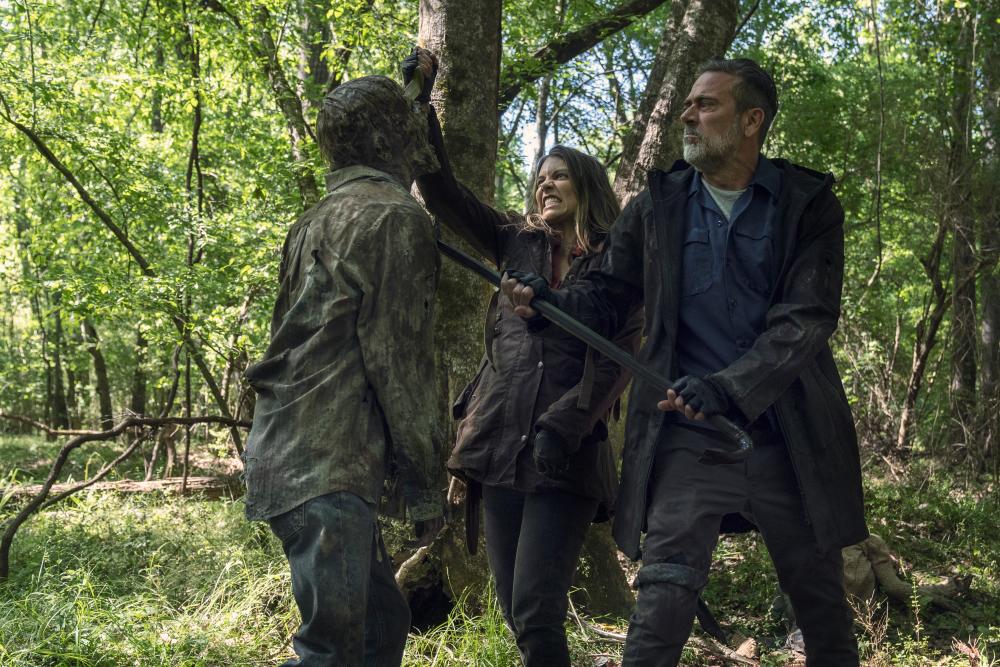 After debuting 11 years ago, The Walking Dead has finally reached its eleventh and final season. The premiere episode titled Acheron: Part 1 picks up when the group returns to Alexandria from a critical food mission.

When the supplies aren’t enough for everyone, Maggie proposes a new but risky plan. Meanwhile, those previously captured by the strange soldiers are relocated to another undisclosed location.

The series sees the return of stars such as Lauren Cohan as Maggie, Norman Reedus as Daryl, Jeffrey Dean Morgan as Negan, Eleanor Matsuura as Yumiko, and Seth Gilliam as Father Gabriel.

BUZZ had the opportunity to have a chat with all five members of the cast in a roundtable interview session about reprising their roles for the last time in Season 11a.

How does it feel like playing your characters for so many years?

Norman: It feels good actually. I think Norman, just like Daryl, has gradually grown in the last ten years. It’s been a real gift to be able to play a character while continuously watching him grow because not many people get to do that. All his mannerisms, his face, and his attitude have changed.

I remember when this little piece of grey hair right here (his chin) was one tiny piece and I kept twisting it because I wanted to make it like a weird goat hook at the end of my chin. Andy would always give me s*** for that and go ‘What are you doing?’

You’ve gradually seen this turn more grey, so it’s kind of an honour to play a character you see grow and age in real time.

I remember me and Scott Wilson (who played Hershel Greene) had a pact. We were like ‘just let our hair grow.’ Let’s just get wild and we had like a contest to see who looked the roughest. We thought we would be like savage, at-the-end-of-the-world people.

When we first started the show, I thought if we ever went this far and this many seasons, we would all have like three teeth, be super skinny and we’ll be like crazy, wild animal people.

As the show gets bigger, some characters’ pants get tighter, they get little cute haircuts or they shave the sides of their heads and I’m like ‘Who’s cutting your hair in a zombie apocalypse? Is there a barber here somewhere that I don’t know about? Did you guys go to a Gap? What’s going on?’ (laughs)

Lauren: It actually felt different every year, I mean we were saying before we haven’t had time on screen together (as Maggie and Negan) so it’s been fun this year. It’s like a whole new show in so many ways.

Maggie coming back this season with so much baggage from before has been a whole new experience. I’m just so glad that the writers have put us together, because having people so diametrically opposed and needing to face each other has been so much fun for Jeff and I.

I’m glad we have a long season (to hash it out) because it’s very heavy and complicated. I think what has been a good surprise is to see what parts of Negan and Maggie are so similar in each other.”

Jeffrey: It’s really nuts. It’s been really cool to be able to play these characters for so long because they’re constantly evolving. It’s a big testament to our writers because we get to flesh out these characters. I never played anyone as long as I have played Negan.

First couple of years, we’re just a couple of comic book characters coming to life but it was more one-dimensional. Over the years, the longer I get to play him, the more I’ve got to find within him. And I think getting to do a redemption arc lets me see every side of that coin.

Negan who started off as the nutty leader has broken down, and is now is trying to find a place to fit in this community.

It’s really fun to see Maggie and Negan bringing out so much s*** in each other this season and see how they interact after so much time apart. What has happened between them is something we (have) never seen from either of them.

We’re seeing a darkness in Lauren that you could never have imagined even when we first met Maggie. We love working with each other.

Eleanor: In terms for the journey of Yumiko, watching how she started as part of the group to where she’s now, I’m just really excited for her. I think she (has) always shown promise of having the skills and the capabilities to step up and become a leader. We saw glimpses of it at Hilltop.”

Why do you think The Walking Dead is such a hit with the audience?

Those things help the younger audience members to stay attached to the show, until they start to understand the deeper questions that have been asked and answered by the adults on the show.

Eleanor: I would say the thing that always stands out to me about the show are the two extremes. One is the world of the show where it’s like a fantasy environment you could lose yourself in, and it’s such an evocative world.

The outfits, the mud, the heat, the woods ... it’s a fantasy. But then what really roots it is the connection, these human stories and the characters the audience fall in love with. You’re invested in humanity and what it costs to survive in a world like this.

What can the audience expect from the season finale?

Seth: We’re ways away from a finale. I don’t know what the finale will bring. I know from the history of the show that we can expect it to be big, fast and exciting.

Eleanor: We’re only halfway through shooting right now. It still feels like an extraordinarily long way away and we’re only halfway up the mountain, there are more to go. I can tell you with confidence that it won’t disappoint. It’ll be incredibly in keeping with The Walking Dead universe.

Norman: Last time we saw Maggie, she was kinda running Hilltop and I (Daryl) didn’t live in Hilltop. She went on her way to do her own thing and when she comes back, she’s in full terrified mode so the group kind of gets back together to protect one of their own and that kinda leads us to the first part of the season.

Whenever one of our core family members is in trouble, there’s a lot of team spirit amongst our group to rally around and protect each other.

Were there any challenges reprising your characters or during filming?

Norman: There are challenges all the time. If it was a movie, one thing that would happen to me is that I would change my perspective and I would be a killer or a hero. In ten plus years of being on TV, you can make a timeline of things that happen to Daryl since season 1 such as looking for Sofia, bonding with Carol, choosing this family over Merle and having to kill Merle, and Rick acknowledging Daryl as a brother.

I think Daryl needs a spa day, you know what I mean? He needs a day of getting massages and manicures.”

Jeffrey: I think the challenge is always just to bring it and elevate the material as best you can. Working with Lauren this season, I know how good she is and she surprises me daily. Knowing that when I show up in the morning, I take as a f****** challenge. I want to make sure I’m as good a partner, acting-wise.

So there is that aspect which I think we both enjoy very much and it’s our last year. You want our last year to be good and we want to end it right. It’s really important and the fans deserved it.

The material has been really hard but there’s a safety and a security that I have working with Lauren is very rare.

Lauren: Yeah. You cannot know if you got it but you know from each other.

Jeffrey: So far she hasn’t steered me wrong.

Seth and Eleanor, what’s the importance of bringing Asian and Black representation in such a big franchise?

Eleanor: It’s a hugely important thing for me. I’m incredibly proud to be playing the character and representing both the Asian and LGBTQ community. Truly, it comes from the top down so hands down it’s one of the most diverse and inclusive shows I’ve ever had the privilege of working on.

The thing that always strikes me about it is that my relationship with Magna (played by Nadia Hilker) in the show is an example of this. They’re two women being in a relationship, and it shouldn’t be the most interesting thing about their characters.

I liked the fact that it’s just how they are and there doesn’t have to be any comment about it. It’s about showing humanity and showing people in real life. It’s who we are and the show does that quite well.

Seth: I’m incredibly proud of the diversity on the show. It’s taking place in kind of a futuristic setting at this point and to know that we haven’t killed each other off due to our differences in skin tone ... I guess I’m pretty proud to represent killer priests. There aren’t many of us out there (laughs), just so you know.

Seth: Yes, I got it all covered. Checked a lot of boxes.

This interview is first published in theSun Buzz edition. If you need ideas for long series to binge on, check out this list.