In this edition of Mangaka Focus, BUZZ shines the spotlight on Naruto creator Masashi Kishimoto 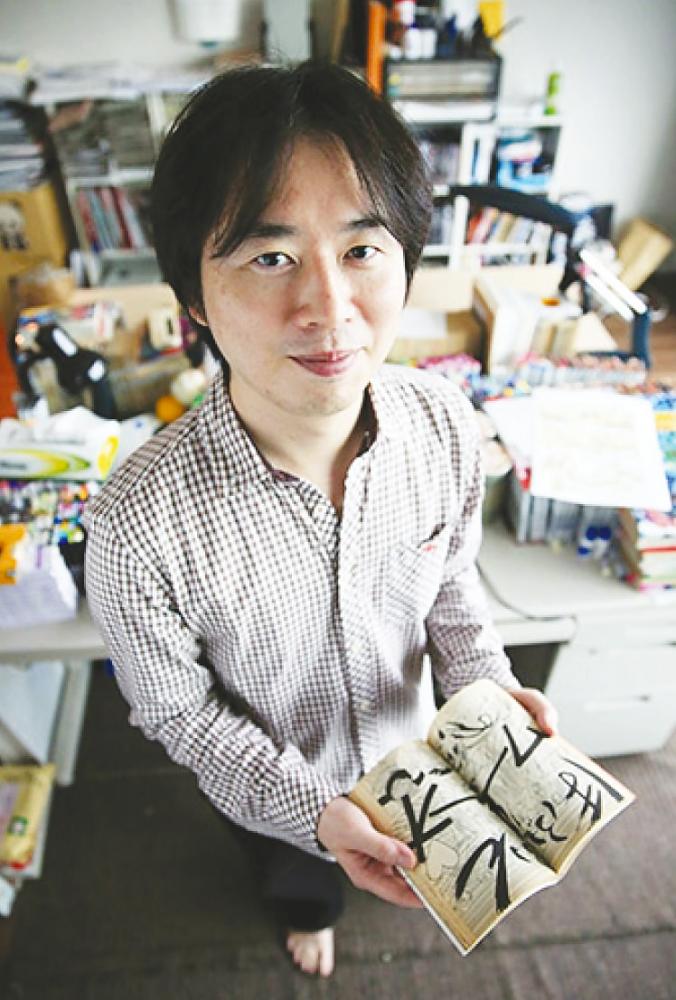 Masashi Kishimoto continues to entertain a whole new generation with his Boruto series.

DATTEBAYO! A common catchphrase that lives among the fanbase of the most profound manga and anime series –Naruto. The man behind the global cultural phenomenon, Masashi Kishimoto, is celebrated in the manga world for his fascinating compositions and his eye for details.

The vast popularity of the Naruto series stemmed from Kishimoto’s interest in manga that he grew up reading, such as Akira, One Piece, Dragon Ball and Hunter x Hunter. Naruto made its debut in 1999 in Japan and quickly became a worldwide hit among all age groups.

Before he embedded himself in the anime universe, the 46-year-old began by illustrating his dreams onto a piece of paper and started submitting his pieces to various magazines.

His burning passion led him to success when he was celebrated by a publishing company called Shueisha with a mention in their monthly Hop Step Award in 1996 after submitting his pilot for Karakuri.

Just like other prominent mangakas, Kishimoto did endure a rollercoaster career when projects that he worked on such as Asian Punk and Michikusa never really took off in the manga industry.

As giving up was never an option, he continued to work on another project in 1997. His one-off edition of Naruto was published in a magazine, Akamaru Jump Summer.

His career began to soar when he was asked to develop a series for Naruto. The series circulated for 15 years and was adapted into two anime, several animated films, stage plays and video games before ending in 2014.

In an interview with Cinema Today, Kishimoto even gave his approval for a live-action drama or movie of Naruto.

“I would greatly approve of that,” he said the time. “I think it would become something different from the anime. I think the fans would treat what is played by the actors as a different work. In contrast to the stage play, live action on film would become a world that even I have yet to see.”

The legendary artist told Nippon.com Naruto’s success began just when he started to find his place in the industry. “When I first created Naruto, I was just setting out myself to become a mangaka, and I projected my own fierce desire to be recognised by those around me on my character,” he said.

To echo his words, several of Naruto Uzumaki’s characteristics were indeed inspired by his own. Initially, Kishimoto intended to make Naruto a ramen chef’s apprentice. Although the character ends up as a ninja, he still remained his initial idea by portraying Naruto’s love for ramen.

When Naruto was acknowledged worldwide, the creator of One Piece, Eiichiro Oda accepted Kishimoto as his rival. Certainly, Kishimoto said it was a huge honour for him to be acknowledged by Oda.

In another interview with the North American Shonen Jump, Kishimoto shared his ability to constantly come up with and create exhilarating ideas for the fighting scenes and storylines.

“I do it by listening to music that fits the scenes I’m drawing,” said the veteran artist. He produces highly articulated works with each main episode and fillers precisely defined to make sure they stand out.

Kishimoto added that some of the characters in the manga were based on characters his friends drew in college but of course, he added his own embellishment.

“But really, I’ve been creating original characters mostly,” he told Shonen Jump. Most of the characters that he created are infused with realism and natural emotions.

His incredible and detailed take on the characters has led audiences to resonate with them. Readers who grew up with the characters learned to understand their pain, especially through the ideology that the series portrays.

“As I wrote Naruto, I found myself really caring for the characters I created, and I wanted to bring even more detail to their lives on the page,” he told Nippon.com. The series was also crafted and presented in an extraordinary way which left an impact on the audience. With his eye for details, each filler episode had its own depth.

Naruto happens to be one of the anime that many grew up with and is often compared to epic fighting adventures such as Dragon Ball Z. The comedic relief elements that Kishimoto injected into the series also happen to be one of the reasons why it is a classic to many.

Although the curtain closed on Naruto after 15 years, Kishimoto’s legacy is still going strong. This can be seen by the fact that many Japanese people are still naming their newborns after Naruto’s characters.

When the series ended, he told Nippon.com the reason why. “Ten years have passed since I got married, but my wife and I have yet to go on a honeymoon. I’d like to travel somewhere for a while now.”

He added: “I have no interest in jumping right into a new series right away, but I do think that living a life without deadlines is going to make me fidget.”

After leaving the Naruto franchise, he started crafting a few light novels set during timeline of the events of the 2014 film The Last: Naruto the Movie.

In August 2015, Kishimoto mentioned that he was all set to create another manga series, this time a sci-fi manga with a unique protagonist, taking inspiration from Akira and Ghost in the Shell.

He aims to create another manga that could surpass Naruto, especially in terms of quality. Aside from that, he announced that he would be supervising the monthly manga series, Boruto: Naruto Next Generations.

Kishimoto continued to leverage his career when he designed a character for the well-known combat game, Tekken 6. His ‘experimental’ character named Lars Alexandersson received positive feedback.

In 2019, Kishimoto returned to take readers on another incredible journey through his new manga, Samurai 8: The Tale of Hachimaru.

The manga tells the story of a young boy named Hachimaru, who has dreams of becoming a samurai. However, he was born with several physical disabilities that require him to stay connected to a life support system.

After catching sight of a shooting star, the optimistic boy wishes for a number of things including losing his ailments, access to clean water and of course, to be a samurai. Little did he know, he might just be the chosen one to fulfil an ancient prophecy.

Although this piece of his new work seemed promising, Kishimoto had to conclude it on March 23, 2020 as it received poor feedback from his fans.

He then chose to make his iconic comeback to the Naruto franchise. Kishimoto announced that he would no longer be merely supervising the Boruto manga, but instead step in as a writer.

Fans were over the moon over the announcement, considering how Boruto seemed to lose its ‘magic’ and has not been able to be as successful as Naruto.

The news gave fresh hope for the iconic manga artist to steer the series in a better direction.

He executed his duties from chapter 52 of the manga and will soon release chapter 65, as fans wait with bated breath for what he has in store for Boruto and the Shinobi of the Hidden Leaf.