In these films, we see how far the dark powers of social media can go 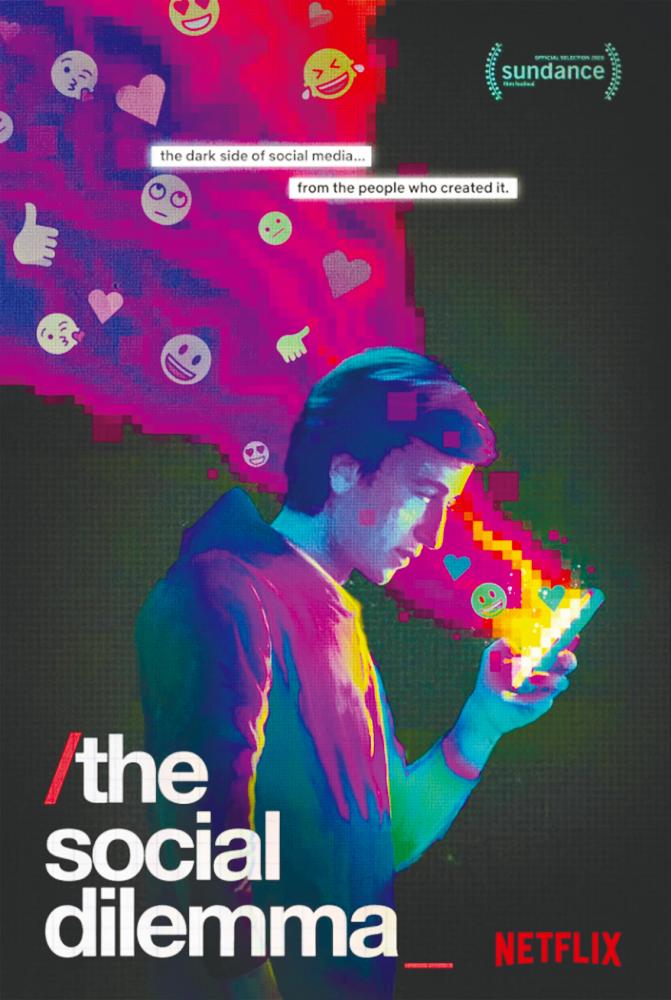 SOCIAL media has got us wrapped around its metaphorical little finger and most of us are dependent on it, whether for keeping up with friends, reading the news, or even watching the funny video of the day.

Despite the good things that come from it, social media has also gotten a bad rep for its addictive qualities, and many movies have depicted the dark side of various platforms and a dystopic view of the future.

Here is a list of films that have sought to present a cautionary tale about how dark things can get:

On the top of the list is the documentary-drama hybrid that explores the destructive impact of social media with tech experts sounding the alarm on their own creations. In this sobering analysis of our data-heavy life, high-ranking ex-employees and founders spill the tea about the subtle ways in which Silicon Valley giants attract and manipulate our attention to keep us watching. It also showed how these companies use their users for profits by selling user data and surveillance information, and even influencing political agendas across the world. The Social Dilemma is available to stream on Netflix.

Robert Pickering ‘Bo’ Burnham started his career on YouTube making relatable sketches and music before creating his highly-realistic coming-of-age film titled Eighth Grade. Middle school is when adolescents begin to develop their personalities, and this movie follows the efforts of Kayla Day, a young introverted girl, to gain the appreciation of her peers by publishing vlogs about self-confidence on the Internet. Like Burnham’s other works, the performances are really believable and allow the audience to experience the tremendous toll that social-media-influenced anxiety takes on the minds of young people. Besides that, the film does a good job by using actors who the same age as the characters they are portraying, and with Burnham’s experience with social media, he really captures how actual teenagers interact. Catch Eighth Grade on Apple TV.

Aubrey Plaza plays a young, mentally disturbed woman who becomes fixated with influencer Taylor Sloane (Elizabeth Olsen) and her seemingly perfect life. To aid her obsession with Sloane, she travels to Los Angeles and reshapes herself into Sloane’s image by using her social media posts to track her interests and show up at her favourite spots. The movie explores how we put forth carefully curated versions of ourselves on social media and allow our self-worth to be affected by every like and comment. In truth, everyone is much more flawed than they appear to be in real life, and the film was led by strong performances from Plaza and Olsen.

This thought-provoking thriller is set entirely on computer screens and smartphones. The film follows David Kim (John Cho), a father trying to find his missing 16-year-old daughter Margot (Michelle La) with the help of a police detective (Debra Messing). However, a string of hidden truths come to light when he checks her laptop for clues to find her. Searching tells the story about the intersection between teens’ lives and their reliance on social media with the right amount of suspense and twists, and is also the first mainstream Hollywood thriller headlined by an Asian-American actor.

This Polish social thriller film is about an online troll who turns to violence, and eerily predicted a real-life political assassination of mayor Paweł Adamowicz. The film centres around Tomasz Giemzy (Maciej Musiałowski), an ambitious young man and a skilled manipulator who attempts to steer the internet by using social media for smear tactics. The ‘puppet master’ ends up causing widespread hatred and violence. The film shows the many ways our perpetually plugged-in reality makes us vulnerable, as the protagonist discovers that his virtual games have very real consequences.

The Netflix show Black Mirror imagines a series of stories in a dystopian world overrun by technology, and Nosedive, one of their episodes, is about a world in which every interaction is rated. Since ratings define your status, people who are scored highly by others move up the ladder of success, and those who are rated poorly suffer. Bryce Dallas Howard stars as Lacie, a woman who wants to boost her rating so that she can do more with her life, but after a series of unfortunate events, she sees a drop in her ratings and along with her cheery facade. Nosedive serves as a simple but moving commentary on the narrow boxes our constant desire for the approval of others can force us into.