Your travel guide to Kuching 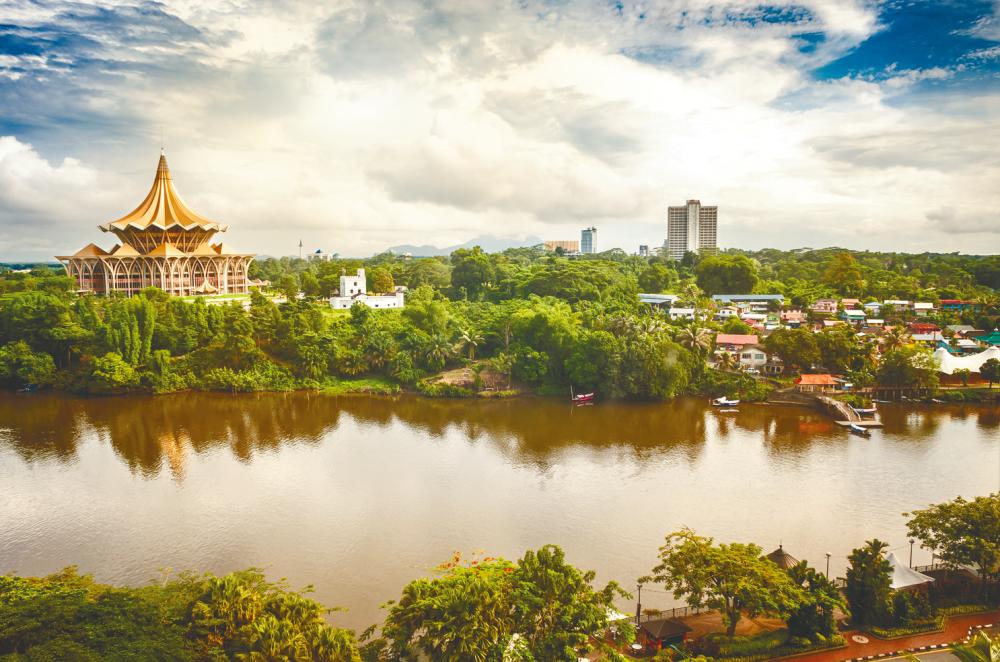 The capital city of Kuching, through which runs the Sarawak River. – 123RF

When people think about travelling around Malaysia, the first places that come to mind are Melaka, Penang Island, Langkawi, or Genting. And if they decided to fly, it would most likely be to Kota Kinabalu, Sabah to visit Kundasang, the New Zealand of Malaysia.

However, most would overlook the other towns around Malaysia, especially Kuching, Sarawak.

After finding out more about the City of Cats (no, they don’t actually have stray cats roaming around) and deciding to give it a visit, I took the chance and flew over for a week. To my (not so) surprise, it was better than expected.

Food in the city

As a Malaysian, it’s only right that I talk about the food first. Kolo mee, a staple around Kuching, ranges from RM 5 to RM 7. The food in their kopitiams is very affordable, and don’t let the low price fool you, because it surely does not lack in flavour.

Kolo mee is curly egg noodles drizzled with lard and shallot oil. Coupled with minced meat and char siew (barbecue pork), the shop that I went to – Oriental Park Kolo Mee, makes an excellent choice for breakfast or brunch. And of course, I had a bowl of Kolo Mee almost every day for the entire week I was there.

Besides Kolo Mee, Kuching is also known for its laksa and kuay chap, and I had my fill at Lao Ya Keng Foodcourt. As one of the signature dishes of Kuching, the ubiquitous laksa has a broth with the perfect blend of spiciness, herbs, and tanginess melded with the light creamy taste of coconut milk. Meanwhile, the kuay chap is a Teochew noodle soup of flat, broad rice sheets in a braised sauce made from pig innards, tofu and braised hard-boiled egg.

Besides the tantalising Teochew food, other Chinese subgroups in Kuching also include the Foochow people. For authentic Foochow food, I stopped by Estay Cafe, which is also located in the city centre for some knockout Kampua mee and the unmissable red wine Mee Sua.

By foot, you can quickly walk from Lao Ya Keng Foodcourt to the new Borneo Cultures Museum, a modern five-storey building with a distinctive architectural design that reflects Sarawak’s unique traditional crafts and rich cultural heritage.

On level two, you can find the Children’s Gallery and the Arts and Crafts Gallery. The Children’s Gallery is an interactive learning environment with environmental and sustainability exhibitions and activities. As an adult, it was great fun and my favourite part was laying down on the bean bags with headphones on, learning about how they came up with the solutions for different rivers that were polluted around the world with the dragonfly joystick.

Among the other four levels, level three is the biggest gallery with 2,188 square metres of exhibition space and the theme is ‘In Harmony With Nature’, which explores the history and culture of local communities such as the Ibans, Melanaus, Bidayuhs, and Orang Ulus.

Nature around the corner

After touring around the city, don’t overlook the interiors which are just a 30-minute drive away to visit their wildlife and nature. Specifically, catch a glimpse at orangutans in Kuching’s Semenggoh Nature Reserve for a day trip. Their rehabilitation program has lasted for 30 years and the orangutans in the centre have been released and are considered to be wild, but there are several feeding sessions a day when the animals may come to one of the main feeding platforms. When I got there, it was my lucky day because the entire orangutan family came up close as they graze on the fruits and vegetables. It was a spectacular experience and definitely something you shouldn’t miss.

You can find Annah Rais Longhouse Homestay 60km outside of Kuching. It is made up of a traditional Bidayuh longhouse which lies at the base of the majestic Borneo Highlands. People have lived and worked in the longhouse for centuries, and there are three different longhouses that you can explore here called Kupo Terekan, Kupo Saba, and Kupo Sijo which you can go on a tour to learn about the history and traditions of these ancient buildings.

Of course, don’t forget to buy a bottle of tuak, their local rice wine to taste the history of the locals. As part of the Sarawak Delta Geopark, Annah Rais also features a natural hot spring where you can relax and recharge from the long day.

To get your blood pumping for another hike with a view, drive up to rural and tranquil Padawan, which is also an hour’s drive from Kuching city for a day trip to Bengoh Dam and Kampung Sting. Built as a water catchment for the residents in Kuching, you’ll be surprised by what lies behind it. You’ll have to get a motorboat across the dam to reach the trail that leads you to breathtaking waterfalls Pee’an (Curtain Fall) and Susung Waterfall.

Some dub it Sarawak’s own Jurassic World, and if you see it for yourself, you’ll know exactly why. I went to Susung Waterfall, which was torrential, so you can’t actually swim inside it, but with the lush forest surrounding it, it was such a glorious experience feeling such power from the wind and splashes from the waterfall.

Along the way, you’ll also have to cross narrow bamboo bridges, which makes it all the more exciting and fun. I managed to go on a dry day without rain, so I was able to swim in Pee’an Waterfall. As butterflies danced around the waterfall while the cascading water splashed onto your head, you will truly feel as if you’re inside a fairyland. Although it’s inside a forest, there are changing rooms, so make sure you bring extra clothes so that you don’t hike around in sopping wet clothes in the jungle.

If you still have some energy in you, take a half-hour boat ride to Kampung Sting, which is a village not even directly accessible by road. There, you’ll have to hike all the way up to the top, where you can see the magnificent view of Bengoh Dam. I also saw a snake on my hike, but thankfully it did not attack unprovoked. Seeing wildlife at the corner was exhilarating and even made my day.

If none of that swayed you, maybe their cat-shaped shrubs along the city might! Kuching is a place where you can really feel the people’s love for their city and found a way to live in harmony with nature. The roads were truly clean with barely any rubbish on the road in sight. You have the food, the views, the nature, what more can you ask for? So give this unassuming city a visit as part of #sapotlokal tourism!

2.Bursa Malaysia aims for 300 PLCs to participate in transformation programme by 2025

3.England’s Bellingham ‘has everything’ but now comes biggest test yet

5.The Good, The Bad and The Wild: New Activities Abound at Sunway Lagoon’s Night Park!