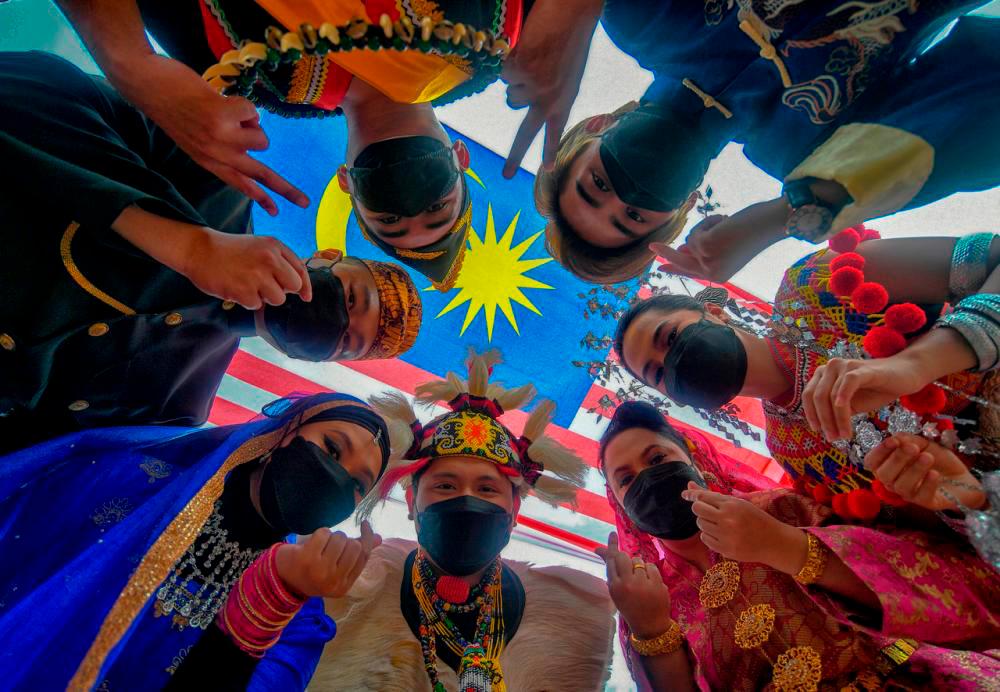 Pix for representational purpose only. -BERNAMAPix

KUALA LUMPUR: Having a give and take attitude and embracing one another’s differences often signify the ties of love that hold a family together.

Granted, it is hard to come across a family that is perfect in every sense of the word but shortcomings and weaknesses can be overcome if all the members play their part to maintain goodwill and harmony.

This is the concept of a happy and prosperous family that Prime Minister Datuk Seri Ismail Sabri Yaakob has been trying to advocate since he took on the mantle of the nation’s leadership on Aug 20.

In his maiden address on Aug 22 as Malaysia’s ninth prime minister, he said: “Let us, with an open mind and accepting heart, find similarities without digging into our differences. Together, we must preserve our family, that is, the Malaysian Family.”

Easily accepted by the people

In line with the current situation, the Malaysian Family concept, which is the basis of the new government led by Ismail Sabri, also focuses on the collaboration among Malaysians in efforts to revive the nation’s economy following the Covid-19 pandemic. The people will all be placed under the auspices of the Malaysian Family irrespective of the political ideology they subscribe to.

Principal fellow at the Institute of Ethnic Studies at Universiti Kebangsaan Malaysia Prof Emeritus Datuk Dr Teo Kok Seong viewed the Malaysian Family concept as an approach that will easily be accepted by the people as it highlights the element of family, which is very close to their hearts.

He said the concept embodies a combination of values and characteristics that are similar to that of a family that espouses noble values, togetherness, affection and mutual respect.

“This approach also goes with the moral character of a person and is an important foundation of a social institution, hence it is something that should be inculcated in families and society that comprises people of various races, ethnicities and religions,” he told Bernama.

Likening the Malaysian Family concept to a catalyst that can spur the people to unite and rise up to restore the nation that has been hit by a challenging health and economic crisis, Teo said efforts to rebuild the economy and bridge economic disparities will not only forge unity regardless of the people’s political affiliations but will also drive the factors leading to the success of the Malaysian Family concept.

“It will indirectly create a more harmonious society,” he added.

He said the three areas of focus of the Malaysian Family, namely rebuilding the economy, bridging economic gaps and uniting the people regardless of their political affiliations, are crucial to enabling the nation to emerge from the current crisis.

“The (Malaysian Family) concept reflects the people as one family. As the Malaysian Family comprises people from various backgrounds, it is crucial to bridge economic gaps.

“As for our political differences, it is important that we agree to disagree because not all our family members subscribe to the same political ideology. We must respect each other’s choices,” he said.

Meanwhile, Associate Prof Dr Azman Awang Pawi, a lecturer at the Academy of Malay Studies, Universiti Malaya, said the family-oriented concept creates a sense of being protected and cared for, as well as fosters a sense of well-being among the people.

He said the Malaysian Family’s strategic directions, which focus on the nation’s recovery, also show Malaysians standing united in all aspects including taking care of their health and bringing Covid-19 transmissions under control.

“We can see that the people, regardless of their race, are working together to address the negative impact of the pandemic. This situation has also indirectly created a spirit of unity among the people of this country,” he said.

In his speech at the pre-launch ceremony, the prime minister said the government under his leadership wants to ignite the spirit of the Malaysian Family concept.

The Malaysian Family concept will drive the nation to emerge from the ongoing health and economic crisis and ensure the well-being of the people of this country. 4.Hit me baby, one more time