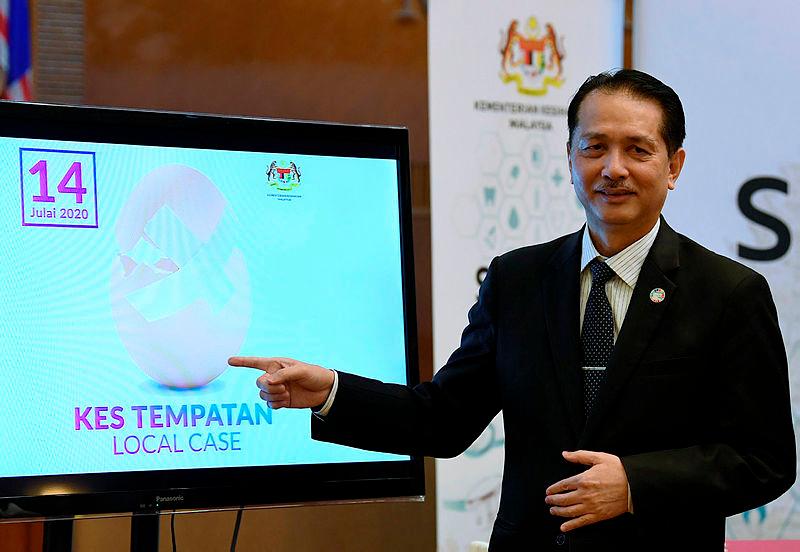 PETALING JAYA: The Health Ministry reported a total of 15 new Covid-19-positive cases as of 12pm today, bringing the total of infections in the country to 8,815.

Director-General of the Health Ministry, Datuk Dr Noor Hisham Abdullah (pix) said, out of the 15 new cases, four were imported cases involving three Malaysians and one non-citizen who returned from the Netherlands, Saudi Arabia, the United Kingdom and Indonesia respectively.

He added, apart the 11 cases of local transmissions, ten involved Malaysians and one foreigner.

The number of active cases in the country now stands at 130. Four patients remain in the Intensive Care Unit (ICU), with one in need of respiratory assistance.

There were seven recoveries today binging the total number of those who have recovered to 8,562, which translate to a recovery rate of 97.1%.

No deaths were reported today, maintaining the death toll at 123.